Bobcat compared to the domestic cat. The montage is by MikeB. The bobcat image is in the public domain. The Manx cat image is by Warren Photographic and published here with his permission.

Cosy hollowed out tree truck for what appears to be 2 mothers and offspring. Photo in public domain.

People like to see a picture of a bobcat. There are some good ones here. I have taken this opportunity to add a written description. Of course, the name of the cat tells us about one of the more outstanding features, its short or bobtail. The picture below shows this nicely. This cat is about the size of a medium sized dog. This cat has long legs and a smallish head. The tail is about 14 centimetres long. The facial markings are striking with what cat breeders might call “spectacles”, white fur around the eyes. The tip of the muzzle is white with black banding where the vibrissae (whiskers) emerge. The ears are lynx tipped with black hair. The back of the ear flap has the usual white spot (ocelli – a spot that resembles an eye). 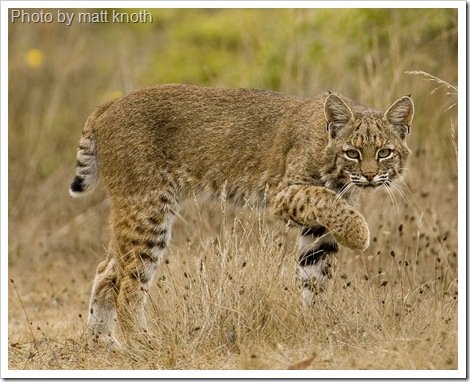 Above photograph by matt knoth

RELATED: Bobcats kill these animals (with a discussion)

Perhaps the most noticeable characteristic is the lynx ruff hanging from either side of the face. The cats fur (to its detriment and benefit) is soft and thick and in demand in the fur business. In cat fancy speak the coat is a spotted tabby. The background colour for the spots varies from light buff, brown, reddish to light grey. Rarely the coat is black (melanistic) or white (albino). A number of black bobcats have been reported living in Florida. The fur on the undersides is white and also spotted. 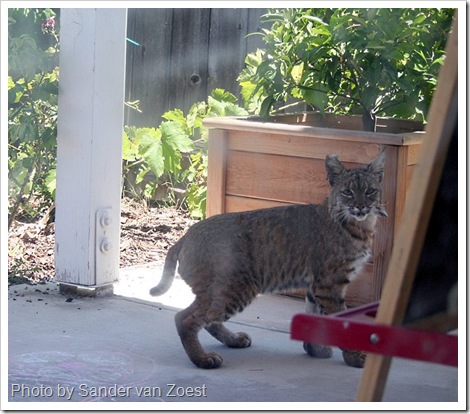 RELATED: Can bobcats have long tails?

I like this picture of a bobcat. It is not as aesthetically pleasing as a lot of the captive bobcat pictures but is natural and real. You get a real sense of being there. It was taken through glass, incidentally, hence the slight clouding effect. For people who live in Europe it is very strange to see large wildlife coming into the back garden (backyard). Sure we get squirrels and birds and so on but a bobcat is, well, exotic to Europeans. This picture of a bobcat was taken by Sander van Zoest a Flickr photographer who, it seems, lives in Oregon, which he describes as prime bobcat country. 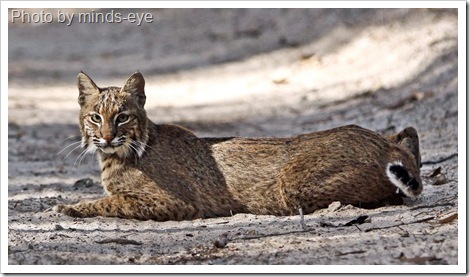 I love this picture of a bobcat too. Why? Because the photographer describes what happened in the caption and once again it is very natural. This is the way it should be; photographing and admiring the wildcats rather than shooting at them and persecuting them. This Florida bobcat (not a subspecies) was photographed in the Guana Reserve, Florida. 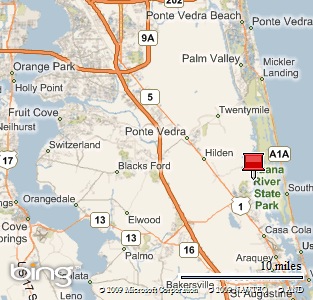 The photographer says that this bobcat did not run when he bumped into him (it was decided that he was male):

“Speculation is that it’s a male cat, approximately 25lbs, and about 3ft long, not including his short tail….” 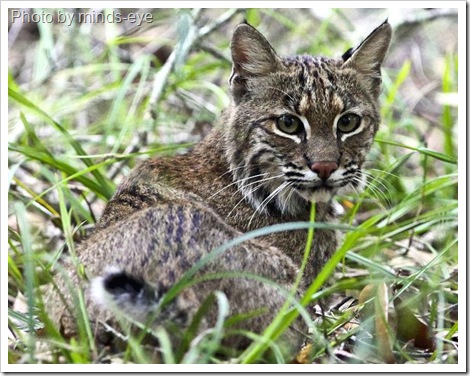 The above picture of a bobcat is by the same photographer at the same place. The cat is looking right at the camera again. They certainly are not that concerned. That may be due to being used to seeing people. Bobcats do make cat companions and a lot of people like that idea (I personally don’t). I prefer the “living in harmony, naturally model”. 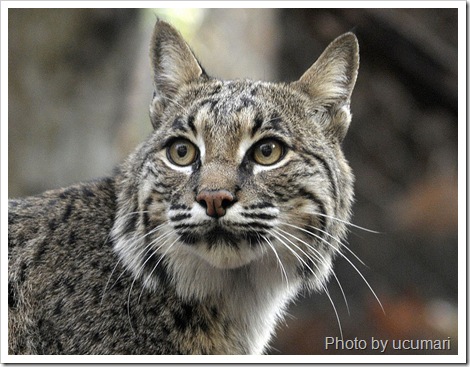 The above picture of a bobcat was taken by ucumari in a North Carolina zoo. Ucumari (Flickr username) is perhaps the best captive animal photographer.

The bobcat can also be melanistic i.e. black and it can be white as you can see in the photographs below. It is incredibly sad that this man saw fit to shoot dead this very rare white bobcat. It is indicative of the stupidity of humankind.

The Canada lynx and bobcat look similar. The bobcat is different in these ways:

Bobcat size differs from region to region, season to season and between sexes:

The bobcat has fewer teeth than the domestic cat!

Source for description: Wild Cats Of The World by Mel and Fiona Sunquist.

How many bobcats are there in North America?

The short answer is that we are unsure. You will see some very variable answers from about one million in ...
Read More

Bobcats are good climbers as you might expect. They will climb a tree if and when pursued by dogs or ...
Read More

The answer to the question as to whether bobcats are solitary animals needs to be nuanced. Some websites bluntly say ...
Read More

Mexican bobcat – subspecies or not?

The Mexican bobcat is still considered a subspecies of the bobcat but perhaps a better description is “potential subspecies” because ...
Read More

Do bobcats mark their territory? Yes, somewhat like domestic cats.

Yes, according to several sources. Bobcats have home ranges which are well-defined. They are not used by other cats of ...
Read More

Do coyotes attack bobcats? Yes, according to 3 sources.

Yes, according to 3 reliably sources. Bobcats share many habitats with other carnivores including coyotes and pumas (mountain lions). According ...
Read More