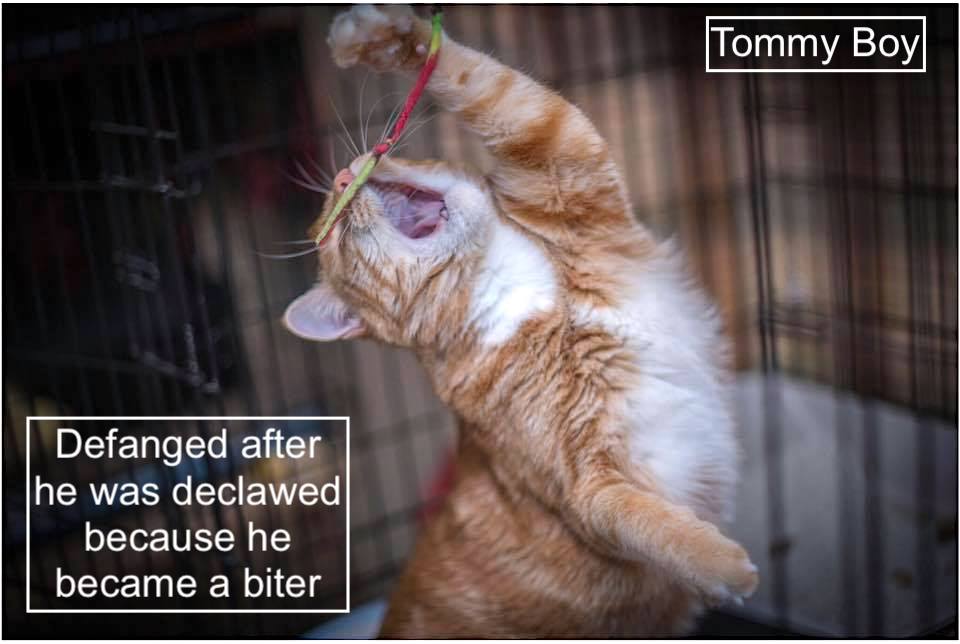 Tommy Boy was declawed. Because of this he became a biter. This is not uncommon. As a consequence the owner’s veterinarian agreed to remove his healthy teeth. Can you believe it? There is an evil logic about it. It’s like saying I caused my baby to cry too much so I removed her vocal cords.

You can read all about Tommy Boy (formerly Zoe) on the following page:

Veterinarian removed healthy teeth of declawed cat because of biting

So moving into the present, The Paw Project – Utah announced on Facebook on October 5th that he is ready for adoption:

I believe that The Paw Project was involved in checking his paws for fragments of bone and making sure his paws were not causing pain. And that is that. I love this cat. He has suffered unnecessarily at the hands of a poor owner and an unethical veterinarian. Now he deserves a really excellent home where he can find contentment.