This is a high quality picture of my cat and the pigeon that he killed while I was out at the gym. He kills pigeons by suffocating them with a throat bite much like lions killing large prey. Usually domestic cats kill birds with a neck bite which breaks the spinal cord. The cat ‘feels’ the vertebrae with his vibrissae (whiskers) and inserts his canine teeth in between them.

It is not nice to see and I don’t like it but I have to accept it. All cat owners do. For him it’s as natural as walking in the garden which is surrounded by a cat confinement fence. It’s also good for him as it is stimulating and a way of expressing his natural desires. 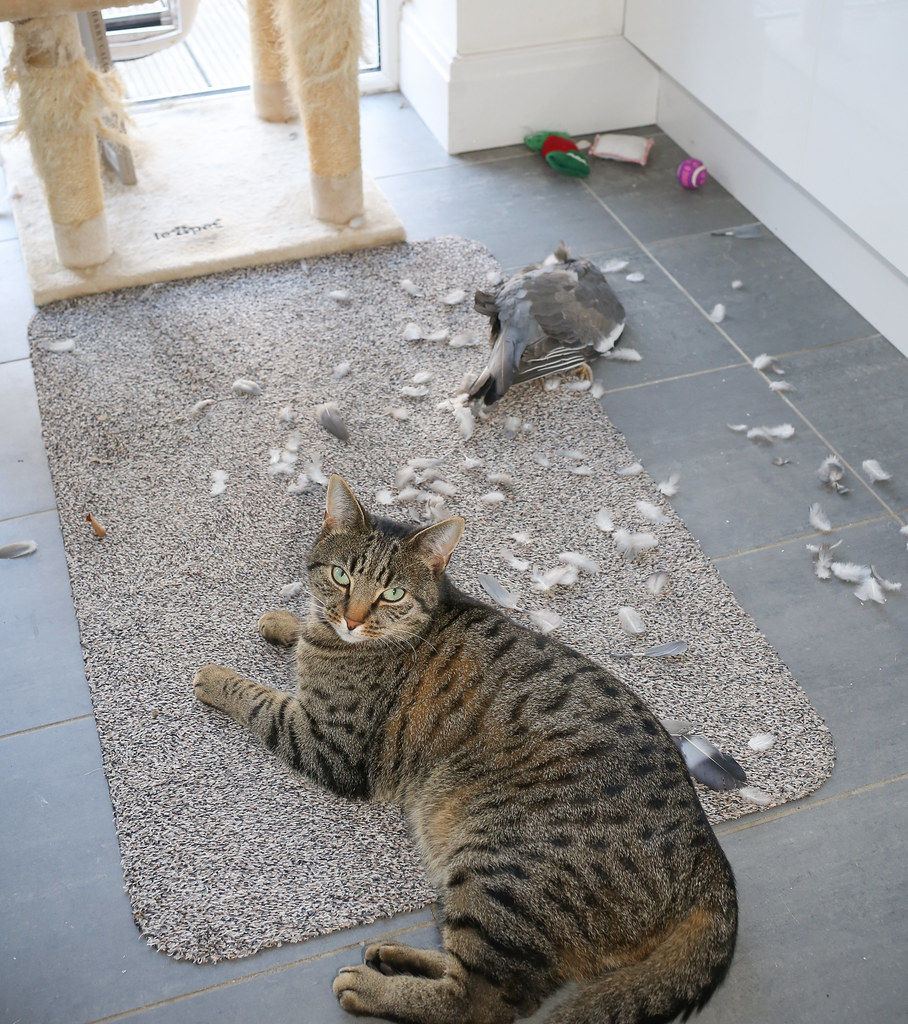 The danger for pigeons is that they spend time on the ground eating bird seed which has fallen from the bird feeder. Pigeons appear to be less alert than other birds. My cat has killed three now, all in the same away; a stalk and rapid rush to a bird which is blissfully unaware of the dangers until it is too late. Without wanting to be too gory, it takes about 2 minutes for the bird to die of suffocation. My cat had made no effort to eat it. The bird was completely intact. This is inline with what people who dislike cats often mention; domestic cats kill for ‘fun’ and ‘torture’ their prey. They don’t torture prey and they don’t kill for fun. The cat is programmed to hunt whether hungry or not. Humans are programmed to do lots of things which might be seen as strange to an alien such as being addicted to smart phones and text messages or allowing themselves to get fat and unhealthy. Oh, and slowly destroying the planet that keeps them alive.

I have said it before and will take this opportunity to say it again, birds are not the primary prey of the domestic cat. Rodents are easier to catch and are preferred.