This is a portrait of Julie Manet with a cat. It is by Pierre-Auguste Renoir (1841-1919) the celebrated French artist who was a leading light in the development of the style of painting called "Impressionism".

The painting was made in 1887. At this time Renoir was reasonable healthy but 5 years later he developed rheumatoid arthritis. He moved to a warmer part of France to help him work with the restrictions that that condition imposed on his painting. He continued to paint despite bad arthritis. For example, an assistant put his brush in his hand. It must have been bad at that time.

The female model, Julie Manet, was the daughter of Eugene Manet who was the younger brother of another celebrated artist Édouard Manet. It was obviously quite a close knit community. Julie was a painter herself and an art collector.

The reason why I am writing about this painting: Porträt der Mademoiselle Julie Manet mit Katze, is because of the cat, of course.

The cat probably lived with Julie. Perhaps Renoir was painting Julie as a favour and she wanted her cat in the picture.

The cat is a calico cat. Nearly all calico cats are females due to the way the genetics work that create this well known coat, which is more accurately described as tortoiseshell and white. The cat looks like a female too. And she is very content.

You can also see that the markings are a little bit Turkish Van in nature on the forehead (inverted "V"). This is not unusual in calico cats. Incidentally, the description "calico" is used in North America not in Europe as far as I am aware.

The time, 1887, was when the cat fancy was just beginning. There were few purebred cats at that time.

This beautiful looking calico cat would have been a random bred cat (a moggie). It is not surprising that Julie Manet chose a calico cat (if she did!) because their coat pattern and coloring is such that it could have been painted on. The tortoiseshell and white coat type has a painterly quality that is a touch impressionistic. 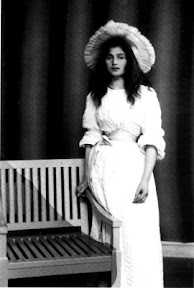 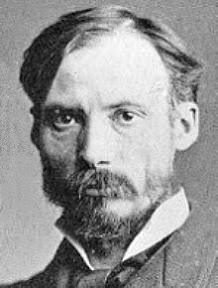