I am exaggerating by saying that this single photo of a fox snoozing in the sun next to a red tabby cat is proof that foxes don’t bother domestic cats. They may even be friends. It would not surprise if they were.

However, it supports what I have said for years based on personal experience that typically foxes in England simply aren’t bothered with domestic or stray cats. In truth they pretty much cohabit with cats probably because they regard each other as equals in terms of predator and danger. The situation may be different in other countries where the foxes may be larger and more aggressive.

In the UK, between foxes and cats there is competition for food sometimes albeit rarely and if that is the case the fox with take precedence over the cat and the cat will give way. But it’s normally a non-aggressive situation. The cat might complain but it’s all vocal.

Cats can even see off foxes as is evident in this little video I made many years ago of a fox peering through the cat flap and my large black cat lunging at him. 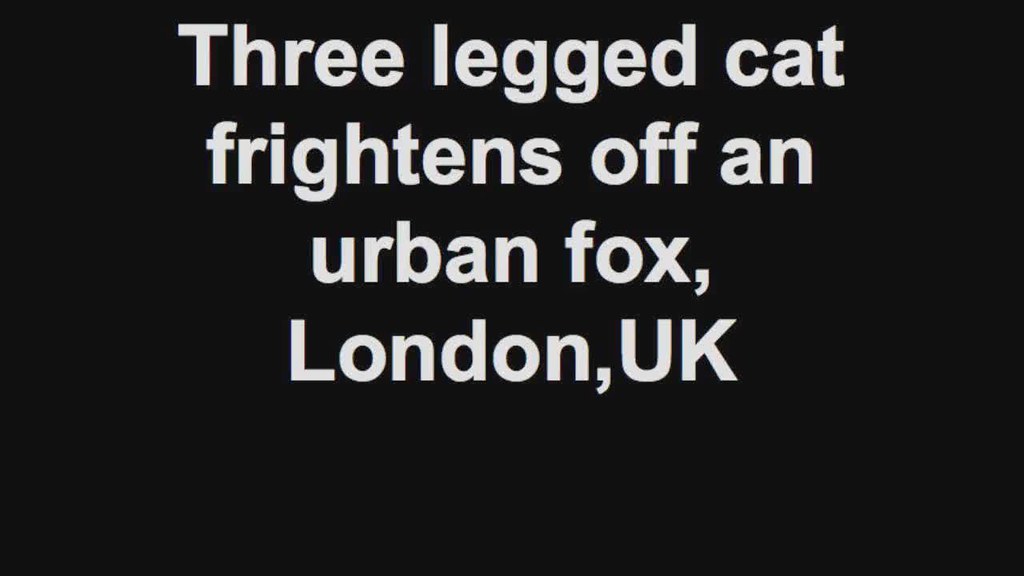 Below is a link to page showing the fox that my then cat was in conflict with – but never any fighting. Just noise from my cat. The fox was always silent and slightly bemused.