GPS could have saved Jack

Jack the Cat's tragic death due to alleged (and I use that word loosely) negligence by American Airlines has led many to push for a proposal called Jack the Cat's Law. This idea is now in its infancy, but I wholeheartedly support it.

It's not enough to take care of damages after the fact. No more animals should EVER be lost after the publicity this one cat has brought in showing the danger of losing a pet is there and it is real. No one will ever look at flying a pet the same way again if they have kept up with the story of Jack.

Since writing the articles for pictures-of-cats.org following Jack's story, I think Jack the Cat's Law is an idea whose time has come. I've been privately contacted by several people who were almost a victim to the same tragedy as Jack.

According to the Bureau of Transportation Statistics, domestic airlines reported 39 pet deaths, 13 pet injuries and five lost pets in 2010. The airlines may individually issue reports on how many pets die or go missing or become ill. Who knows if those are even accurate. Can a case go unreported? Just asking... The problem may be bigger than any of us realize.

Jack's Law would require airlines to provide GPS tracking devices to be placed on pets before they enter the cargo area. This could easily be done by the owner so the airlines won't even have to touch the pet. A deposit would be required, which would be returned once the pet was reclaimed at the destination.

This technology does exist. Below is a photograph of one from a company developing the Cat Tracker. 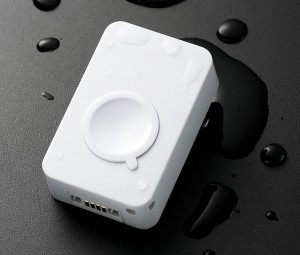 A YouTube video is also available showing this device at work.

Readers, it wouldn't be difficult for this to happen. It isn't complicated and shouldn't be very expensive for the airlines. At least not compared to damages paid from a lawsuit.

I don't believe anyone can argue that had this procedure been in place in August of 2011, Jack would be happily lounging at home instead of over the Rainbow Bridge.

Those who support Jack the Cat are urging this idea to become law. I hope all of you who loved Jack or who have to fly with pets in cargo will sign this petition and contact your government leaders. This isn't just an American law, it needs to be worldwide so pets everywhere are protected.

Please take a moment to sign the petition. And please, I love your opinion on this proposed law.