NEWS AND VIEWS: Scientists from the University of Glasgow have been researching Covid-19 in companion animals, specifically cats, and the prevalence of transmission of the disease from their owners. Two cases had been reported in the news media: one concerns a Ragdoll kitten and the other a Siamese cat. 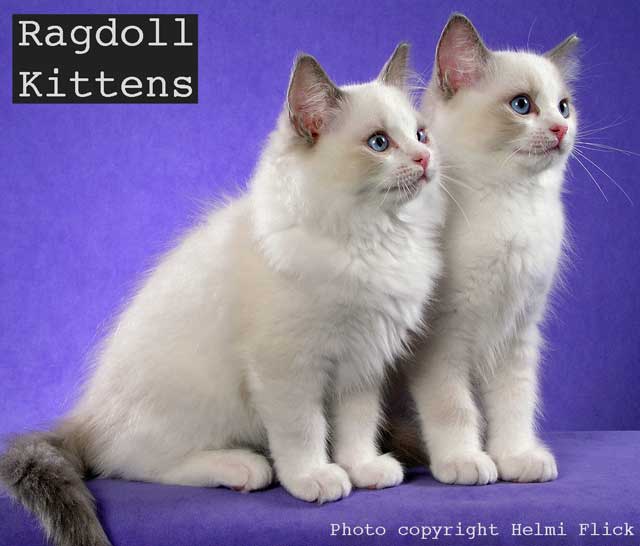 Ragdoll kittens. The picture is for illustrative purposes only.

In both instances, it is believed that the owner of the cat concerned had contracted Covid-19 and transmitted the disease to their cat companion. These are described as two cases of human-to-cat transmission and they believe that there are many more examples. However, as cats are not been tested for coronavirus they don’t know how many cases there are.

This research has some importance because there has been talk in the past about animals forming a reservoir of the disease and therefore we can’t ignore this. As transmission between people decreases due to the mass vaccination programs the importance of the disease in animals increases. There might come a time when we will have to vaccinate animals. As I recall, Russia has developed a Covid-19 animal vaccination but we don’t know much about it.

It is sad to report that a four-month old female Ragdoll kitten has been euthanised after she developed difficulty breathing and her condition deteriorated. The cat came from a household in which the owner developed symptoms consistent with Covid-19 in March 2020. They carried out a post-mortem on the cat which revealed lung damage consistent with viral pneumonia. There was evidence of a Covid-19 infection.

The other case in this study concerns a six-year-old Siamese cat. The cat’s owner tested positive for coronavirus. The cat was taken to a veterinarian suffering from conjunctivitis (a bacterial eye infection) and a nasal discharge. The symptoms were mild and the cat recovered. Analysis of the disease found that the cat was suffering from a virus with a very similar genome to that of Covid-19 affecting people.

There is an increased focus on the relationship between humans and companion animals at this time in the pandemic. Bearing in mind the above, it makes sense for individuals who have contracted Covid-19 and who live with a pet to take precautions. The usual steps should be taken such as social distancing and avoiding close contact such as cuddling and kissing a cat. Perhaps wearing a mask when in close proximity to your cat may assist.

Historically, it has been found that cats display very mild symptoms when contracting Covid-19. All the instances that I have read about concern cats who have recovered fully after mild symptoms. That said, cat owners should be alert to the possibility that they might need to take their cat to a veterinarian if they display symptoms of breathing difficulties, sneezing, nasal discharge, conjunctivitis, loss of appetite fever and coughing.

With respect to transmission from cats to people, the mantra from those who know is that this possibility is slight, perhaps vanishingly slight so people should not be worried about it. They should not do anything silly such as giving up their cat to a shelter or worse abandoning their cat in an irresponsible way.

The conclusion is that humans can give the disease to their cats but cats can’t return the favour! Well, they can because this is a zoonotic disease but it appears that in practice it is highly unlikely that a cat will.