This is a photo I took and found in my archives which I like. It is sort of sad but impressive at the same time. You can see the long, rangy body conformation of the serval clearly. The serval (I forget whether this serval is male or female) looks out of the enclosure forlornly. I think he is Morpheus, a male. 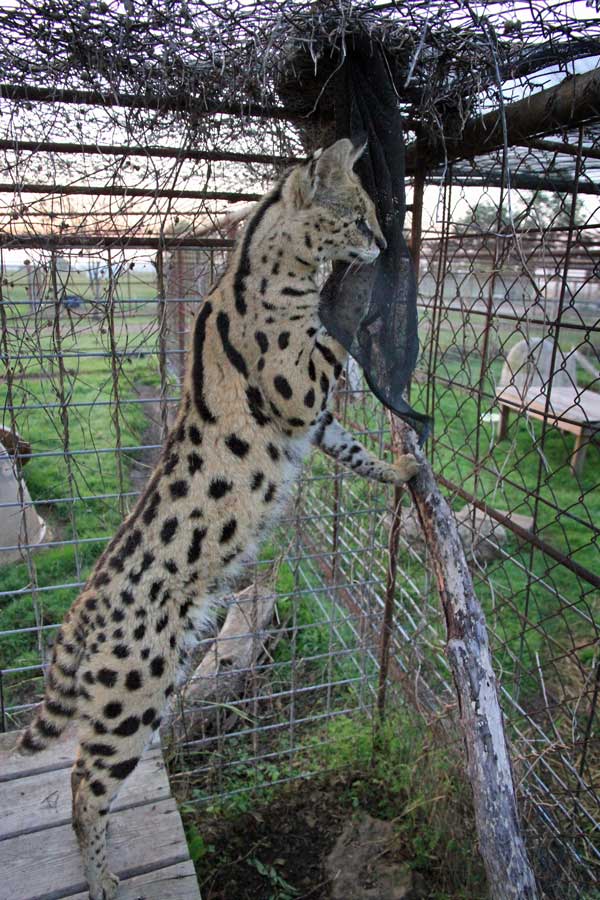 Serval in an enclosure looking out forlornly. Photo: Michael

It was taken in the early hours of the morning as the sun was rising. I was inside the enclosure with the cats. There were two in this enclosure, a male and female who were breeders for the owners. They created servals for sale. There is quite a good market in the USA for domesticated, semi-domesticated or breeding servals.

Tag for serval on this site.