In an imaginative idea to increase adoptions at an animal shelter in Illinois they decided to take some of their cats to a local yoga class (Yoga at Connie’s). I have to say that yoga and cats go together quite nicely so the idea has some merit right from the beginning. They were all adult cats and they came from the Homeward Bound no-kill shelter.

As you can see from the photographs, the cats were free to mix with the people doing yoga. I guess they were selected carefully. The idea is the brainchild of Jeanette Skaluba. She wanted to raise awareness of rescue cats that needed homes and hopefully increase adoptions. In addition, they raised $500 for the shelter. 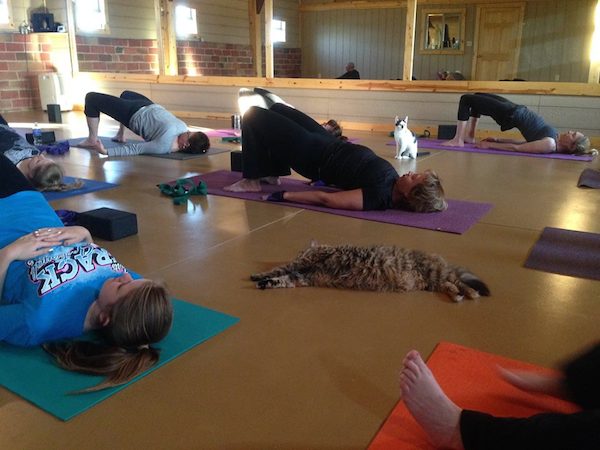 It certainly worked in at least one aspect in that people are writing about it which obviously brings publicity to the shelter which in turn should increase adoptions. I am all in favour of using imaginative and novel methods to find ways to increase adoptions from shelters.

One of the rescue cats appears to be a Ragdoll:

Pippen was adopted. She looks like a Ragdoll and is very impressive. Not surprised she was adopted. Photo credit: Homeward Bound Pet Shelter/Facebook

One of the reasons behind this idea is that some people find shelters quite dull places so it is good to see the cats in a different environment. However, a survey indicates that the vast majority of people are happy with adopting a cat from a shelter and find staff very helpful. It is nice though to see cats outside of the shelter interacting with people and demonstrating that they are highly adoptable.