Fairview Park, Adelaide, Australia – NEWS/OPINION: The picture by Kimberley Breese says it all: 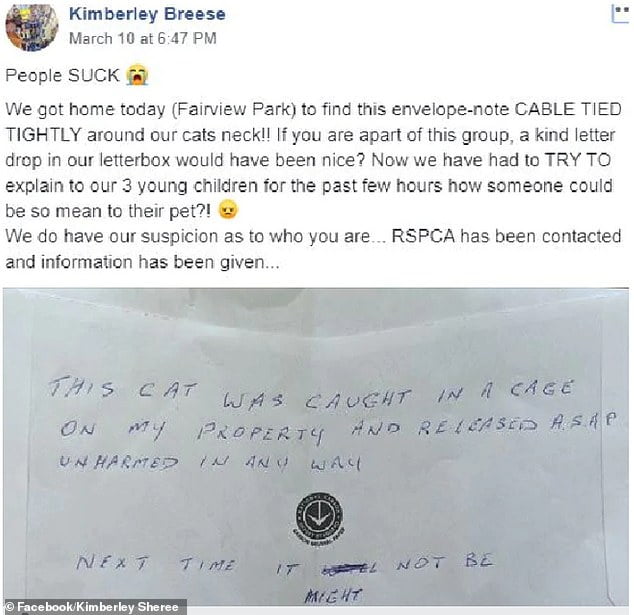 Fairview Park, Adelaide, Australia – NEWS/OPINION: The picture by Kimberley Breese says it all:

This cat was caught in a cage on my property and released ASAP unharmed in any way. Next time it might not be

Having been missing for a while, Kimberley’s tabby, indoor/outdoor cat turned up with a sinister, threatening note cable-tied to their neck. She thinks she knows who did it. Cat haters are often known in an area because their dislike of cats spills out of them in conversation and behaviour. 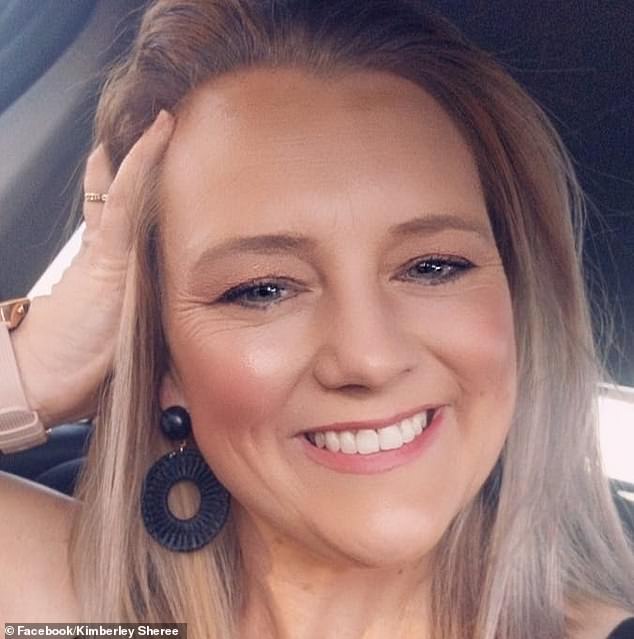 It is interesting that the local authority in this area (Tea Tree Gully Council) provide cat traps for residents to trap stray cats. You can see the problem. This cat hating person knew that the cat he’d trapped was not a stray so he was abusing the system. And the system is open to abuse. Indeed you could argue that it encourages abuse. However, the local authority has no intention of stopping their service in providing cat traps.

Breese must be anxious about her cat. I wonder whether she’ll keep them indoors for the foreseeable future, which is what the aggressive note is intended to achieve.

Breese contacted the RSPCA who made the point that allowing anyone to trap cats is not a good idea because it opens the door to cat abuse. Are the traps checked regularly and how quickly are they checked? Cats can harm themselves in traps as they struggle to escape. Also, they are exposed to the elements which can cause harm. The RSPCA could not find the person who wrote the note.