I’ve always thought that supermarkets should not sell fireworks to the general public so that they can be set off by individuals during what I would describe as the fireworks season which starts at bonfire night (Guy Fawkes Night) in the UK and ends after New Year’s Eve. In between there is Diwali the festival of lights by Hindus, Jains, Sikhs and some Buddhists. Diwali is quite a big event where I live. These festivals are all reasons for individuals and families to set off fireworks. 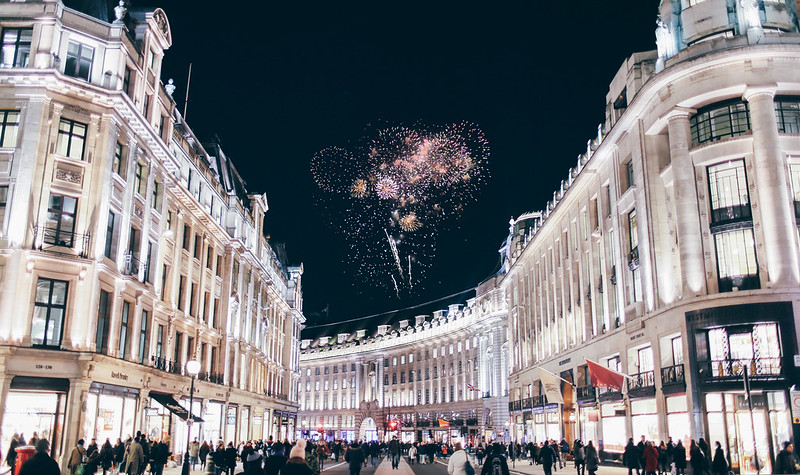 The picture is by me. Taken in London a couple of years ago.

Sainsbury’s has become the first big British supermarket chain stop selling fireworks. A concern for pets, older people and antisocial behaviour prompted the change in policy. Sainsbury’s have announced that fireworks will no longer be available at its 2,300 stores from this year.

There are laws in the UK about buying and selling of fireworks but campaigners say that they are often flouted. Fireworks can be legally sold at the time of Guy Fawkes night on November 5 and on New Year’s Eve. They can be bought at other times but retailers require a licence and there are strict conditions which ban children from buying fireworks. There are also laws against setting them off between 11pm and 7am except on certain occasions. As mentioned these laws are flouted sometimes.

Other supermarket chains have not followed suit. Tesco confirmed they will continue to sell fireworks. Aldi, through their spokesperson, said that they understand the importance of animal welfare when using fireworks during celebrations so they have instructions with the fireworks reminding consumers to keep their animals safe and indoors. The Co-op has not so fireworks for the last five years.

More than 50% of the public think that fireworks should be limited to public displays. There was a petition in 2018 to ban them which gained 100,000 signatures. There was a parliamentary debate as a consequence. The government thinks the current law strikes the right balance between enjoyment and restrictions for safety reasons. I don’t know what the government thinks about fireworks negatively affecting animal.

Comment: my personal view is that fireworks should be restricted to public displays only. When one family uses fireworks, perhaps 500 families feel the effects of it and within that extensive number of neighbouring families there will inevitably be many cats and dogs, most of whom will be anxious about the sights and sounds of fireworks, while some will be terrified. They won’t know where to put themselves to hide.

Cat and dog owners can do various things to help but they can’t remove the anxiety that fireworks bring to their pets. I would argue that the benefits are outweighed by the detriments and controlled public displays are the best way forward.

There are quiet fireworks. Why are they not better known and used?

NEWS AND VIEWS (COMMENT): As an insider I can see a gradual breakdown in society in the UK. People disrespect ...
Read More

Will fireworks be particularly bad for cats this year because of Covid-19?

The coronavirus pandemic is going through what the experts describe as a "second wave". What they mean is that it ...
Read More

PETA has provided 10 useful tips to help your cat navigate or indeed survive what will seem to some to ...
Read More

This post contains a video showing the start of a debate in a committee room at the UK Parliament on ...
Read More

A Riverside County animal shelter is pleading with cat and dog owners to stop surrendering unwanted animals until after 4 ...
Read More

Fireworks are poisonous to cats if ingested

It had never occurred to me but if a cat or dog ingests a used firework thats lying around after ...
Read More
Please comment here using either Facebook or WordPress (when available).