This is a super sweet cat suffering from a congenital condition called radial hypoplasia (also known as radial agenesis – see image by Sarah Hartwell at base of page). At one time there was an attempt to turn this unfortunate condition into a cat breed (‘Twisty Cats’ or ‘Squitten‘), believe it or not (but not by the people who rescued Kanga Roo). It was scorned at. The condition causes the forelegs to be both twisted and short. 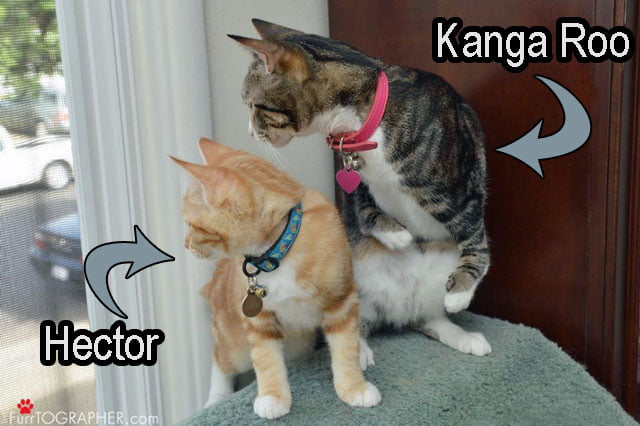 Hector and Kanga Roo. Best buddies. Both have disabilities. Both are loved and have full lives.

Kanga Roo has her own Facebook page and was adopted from Saving Grace Rescue Inc. in San Francisco, California. She was on track to be euthanised at the age of 4 weeks. She was saved from that fate by Cheryl who saw her in a video on 29th May 2014. 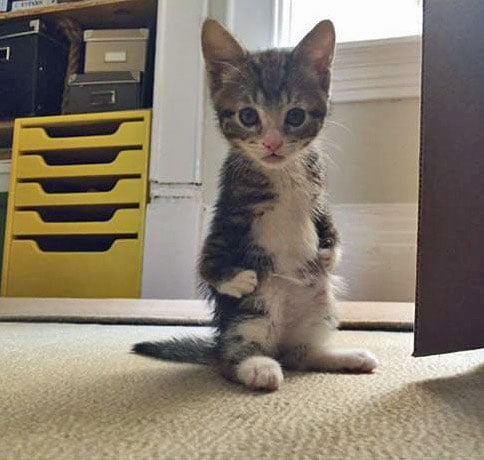 Once she had put some weight on she was spayed and brought to her new home on 28th June.

Her life is full of fun, love and normality. This is proof that disabled cats should never be euthanised just because they are disabled. 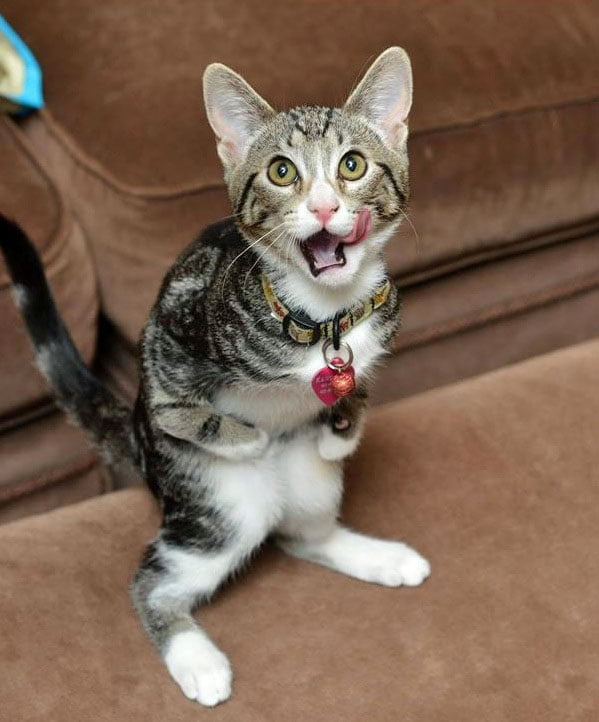 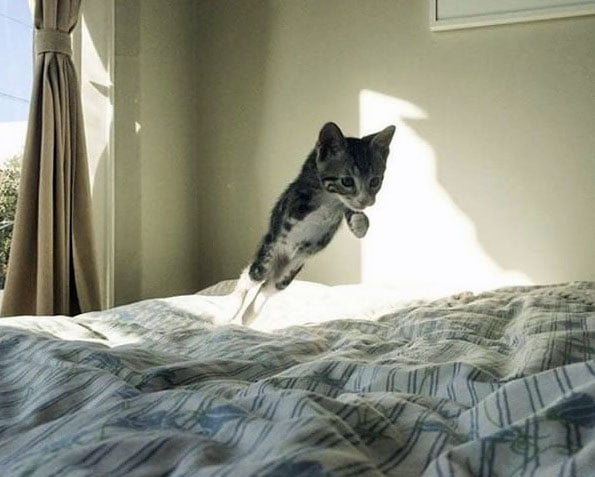 Kanga Roo has formed a close relationship with another rescue cat at her new home: Hector who has no tail as it was amputated because of an infestation of maggots (see above heading the page).  He looks like a Manx cat now! Two unfortunate cats make a great life together thanks to the their human guardians. 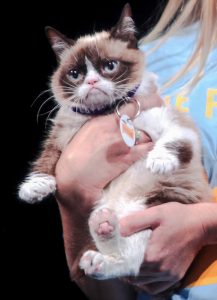 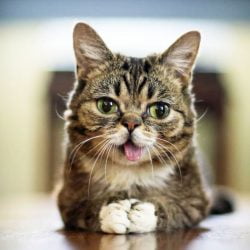 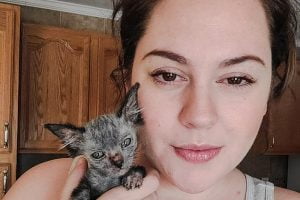 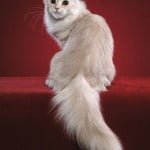 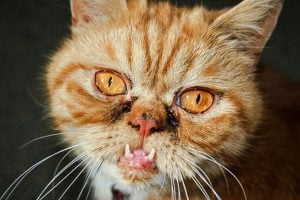 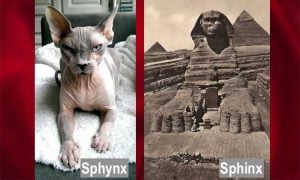