The Red List should be called “Red Lost”, they are so hopeless. At last, the experts have decided that the so-called ‘authoritative’ IUCN Red List of Threatened Species is behind the curve in assessing how endangered iconic species are to extinction. The “Red List” is a vitally important organisation in conservation. It is they who people turn to, to decide the status of thousands of species of animal and plant in terms of how endangered they are. And I’ve always argued that the Red List is a failure. It is a horrible failure (there are more critical articles on the Red List at the base of the page).

If you go to their website, you see that the most up-to-date assessment of the wild cat species, for example, is dated 2014. This is seven years out of date! A lot can happen over seven years and a lot has happened in terms of the declining numbers of iconic species such as cheetahs and lions.

And I’m going to argue that it isn’t just the lack of up-to-date information which is a major problem with this organisation it is their criteria which appears to be flawed as well. They categorise species into one of 7 groups namely least concern, near threatened, vulnerable, endangered, critically endangered, extinct in the wild and extinct.

Both the lion and cheetah are classified as vulnerable as at 2014. The ‘experts’ are about to update the classification. There will be no change. It should change. It needs to change. And some experts want the Red List administrators to classify cheetahs as endangered. Personally, I would have done that many years ago.

Sarah Durant, an expert on cheetahs and a member of the IUCN’s cat specialist group told AFP via zoom that “cheetahs should be classified as endangered”. She contributed to the 2014 assessment. I wonder what she has to say about the fact that it is seven years out of date? She claims that the Red List applies a one-size-fits-all criteria which is inadequate. It doesn’t do justice to all species.

Cheetah numbers, globally, have dropped by about 30% to about 7,000 individuals over three generations or 15 years. The Red List has to see a 50% drop before they can classify the cheetah as endangered. The experts say that the information also comes from protected areas which is not where most cheetahs are found. As I said, the Red List method of assessment is flawed. Since 1900 cheetah numbers have dropped by 90%. Surely that is enough to decide that they are endangered?

As for the lion, it is even worse. One expert, Funston, said that every time he looks for real detail there are fewer lions than they thought. Lion numbers are 10 times lower than they thought on some occasions. On one occasion the numbers were so low that he could not work out a proper scientific estimate. At two large national parks in south-eastern Angola, in 2017, there were an estimated 1000 lions. A recent calculation concluded that there were 10 to 30 lions left. A major problem is industrial-scale bush-meat poaching of lions or their prey. To that I would like to add sport hunting. 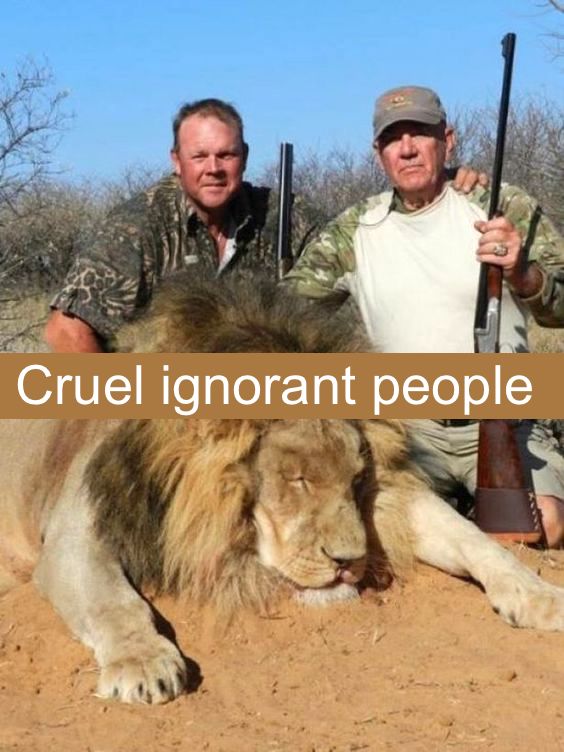 Trophy and sport hunting damages conservation. And I have a theory that the Red List is working with trophy and sport hunting organisations to maintain a classification for lions which allows them to be hunted. If they were classified as endangered or critically endangered it would protect them from trophy hunting. So, I’m going to be very bold and allege that there is something fishy going on here which forces the classification of lions into a softer status which opens the door to abuses.

A guy called Craig Hilton-Taylor heads the IUCN Red List. He said that the lion would have been uplifted from vulnerable to endangered but for the efforts of southern African countries. I am not sure what he means by that because South Africa is brutally against the conservation of the lion judging by their activities such as canned lion hunting, and selling lion body passed the China. He also said that: “If the experts do the assessment again, and project forward rather than just looking in the past, they might be able to get it over the threshold”. What he is saying is that if experts can do more work on this and project a dramatically declined population of lions and cheetahs in the future then his organisation would reclassify them.

Project into the future

I find that statement astonishing to be honest. Why aren’t they projecting declined numbers into the future already? Why haven’t they been doing this all the time? It is quite clear to an outsider such as me that the lion is critically endangered and not just endangered if you project what their population will be in the future. And it doesn’t take an awful lot of work to do that.

I see a dilatory organisation sitting on its hands not truly concerned about conservation and quite possibly working with trophy hunting organisations (an allegation) to keep the door open for that brutally immoral activity which must stop. And never believe them when they say that trophy hunting benefits conservation. That is pure baloney. 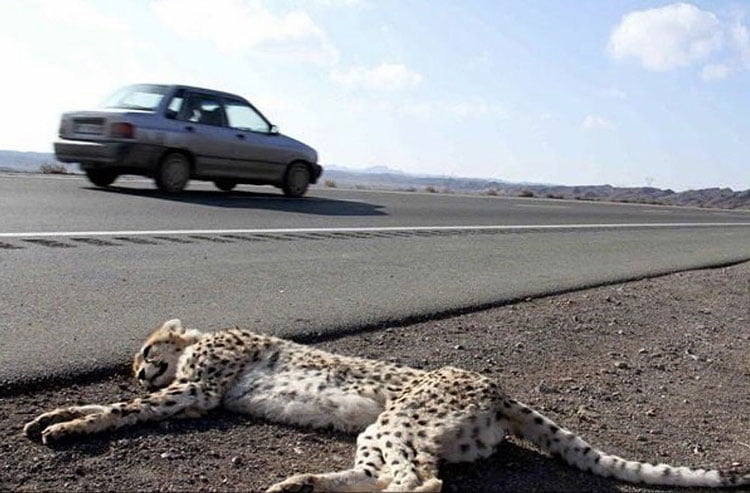 Fortunately, the IUCN Red List, the organisation charged with compiling data on the population sizes of wild cat species, can ...
Read More 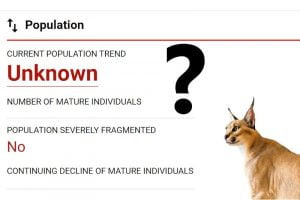 How many caracals are left in the world?

We don't know how many caracals are left in the world. That may surprise you. The authority on how many ...
Read More 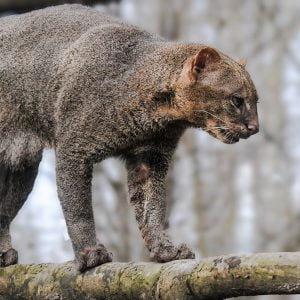 How many Jaguarundis are left in the world?

We don't have a f***king clue as to the number of Jaguarundis that are left in the world. Yep, it's ...
Read More

According to some "experts" there are possibly two wild cat species in Michigan: the Canada lynx and bobcat. The lynx ...
Read More

The answer is one that is typical of any of the wild cat species; we really don't have accurate information ...
Read More

2019: People want to know how many Amur leopards are left in the wild. The date is important as numbers ...
Read More 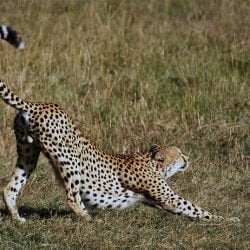 This Is Why The Cheetah Is Endangered

These are the reasons why the cheetah is endangered. Although obvious, the overarching reason is human population growth and consequential ...
Read More