Sometimes I miss the by-gone era of the outdoor cat. Until I look at the list above. To my readers they are just names and causes of death. I remember each cat as though it were yesterday. I hope I haven't left any off the list. Many of my cats had wonderful lives and lived into old age. The average age for the cats whose lives were cut short was 3 years, which is midway the average life span of an outdoor cat.

Some references state that 1 1/2 years is average

while others state 4-5 years

. My cat Peeper (yes, you will get a story on her) was the oldest at time of death. She was nine years old. Tigers kitten Baby was the youngest. Mama accidentally ran over him in her driveway. He was less than 3 months old. 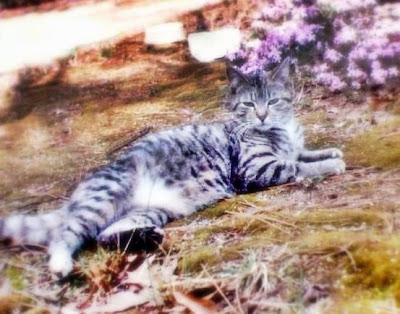 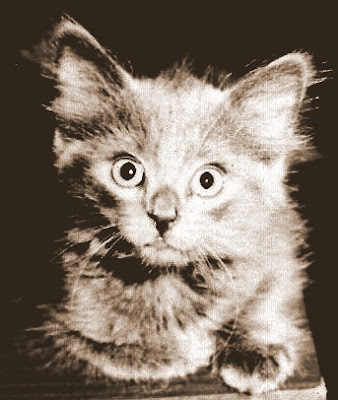 *Not my cats but I fed them.

All dog attacks involved dogs coming onto my property and not from my cats wandering off. There was no proof as to who owned the dogs

I grew up in the 1970's and we had no cats past 1968 when I was 7 years old. I asked mama why I couldn't have a cat and she told me she simply couldn't endure losing any more to the road.

She refused to have a cat living in the house. If you watch any television show that took place in the 1950-1970's there were few if any with cats living indoors. Cats lived outside and kept down the rat problem and that's just the way it was. 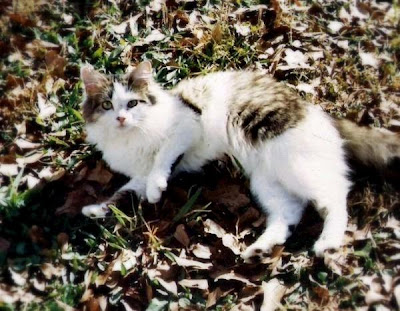 Smokey was my first cat after I married and she was an indoor/outdoor cat. In the early 1980's most cat owners kept their cats in at night and left them outside during the day. It was rare in my part of the country to hear of a cat staying indoors 24/7. The indoor/outdoor cat and owner both had the best of both worlds. The owner didn't have the cat underfoot all day and the cat had the chance to hunt, take naps in the sun and even the occasional fight seemed a form of entertainment for the tomcat.

The females usually showed up pregnant or became pregnant at around 1 year of age. That too was accepted and it wasn't difficult finding homes for the kittens. Families spent a lot of time in the yard or sitting on the porch or in a backyard swing. Watching the cats play was a form of free entertainment. All we had in those days was Atari and kids still played outside.

I believe the cat population became a problem with urban development and continues to this day. What used to be country isn't country anymore. I have an aerial photo of my childhood home and there were only 4 houses on the road. Now the entire area is commercial property.

I'm glad I don't live there anymore. I had to use creative driving skills just to get into the driveway without being hit. The animals didn't have a chance. Their hunting grounds were being replaced with concrete parking areas and small businesses. The reason for them being outside in the first place was eliminated.

I have a totally different view now of raising my personal pets. I refuse to allow them outside. I've read that cat's can be trained to walk on a leash. That's not really a solution because once they get a taste of the outdoor life they want to go out to the extent they will sneak out whenever a door or window is available.

The ferals are a different story. Their lives are much like the homeless people in my area. They only want to be fed and a warm place to sleep and perhaps a little love. Bringing them inside may not be an option. The animal shelter in my area will not adopt out an animal if it is an outside pet. They are also very strict about other pets in the household. I doubt if I would be allowed to adopt from them because I have a large dog. There are even rules on other cats in the household.

So now I'm an indoor only cat only cat lady! The cats don't seem to mind. They keep each other happy playing together. There's an expression that if you never had it you'll never miss it. Furby and Lola were taken in at such a young age I don't know if they even remember the outdoor life. And that's the way I plan to keep it.

The Bygone Era of the Outdoor Housecat to Moggie Cats