What percentage of white cats are deaf? In a previous post I wrote:

We don’t know but this cat might be deaf. White cats are often deaf because the gene that ‘removes’ pigment from the eyes and coat also affects the development of the inner ear, ‘It is a congenital deafness caused by a degeneration of the inner ear’ (Wikipedia). I’d describe it is a lack of development but I am a mere layperson.

The eyes are blue not by virtue of blue pigment in the iris but because of light refraction in the eye which lacks the usual amount of pigmentation due to the gene which takes pigmentation from the coat as well, rendering it white.

The color white in the cat’s coat is due to a lack of pigment not a white pigment. The color white is a mix of the three primary colors: red, green and blue. So we are looking at white light passing through the hair filaments. The light that hits the planet from the sun is white. 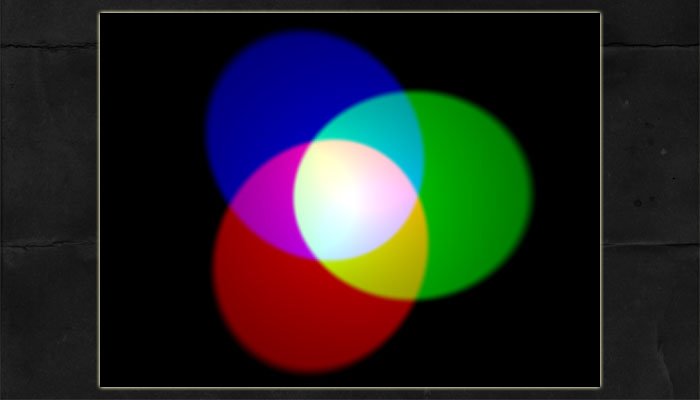 White from red green and blue

The reason why kittens have blue eyes is because pigmentation has not developed in the eye. When it develops as the kitten grows up the true eye colour becomes visible.