There is a good amount of misleading information written about the tiger attack. It is something that tends to get sensationalised by journalists. And amongst the large wild cats such as the puma, leopard and lion, there are more attacks by tigers than for the others. This is probably why the tiger is written about in the terms that it is. It is also why we fear the tiger and that ends up with us killing it. But and this is a big but, despite the fact that tigers can kill us easily and quickly, they rarely do1.

…….the Sundarbans tigers are not man-eaters because of a genetic inheritance, for man-eating has never been a handout of parent to progeny…” (Billy Arjun Singh)2

Tigers tend to avoid people..and give a warning growl…(allowing time for the person to extricate themselves slowly!)3</sup

….a man-eating tiger has been…compelled through stress of circumstance to adopt a diet that is alien to it.4 (circumstance means wounds or old age).

The dreaded tiger attack seems to take place (or has taken place) more frequently in some places than in others.

It varies across the continent. The tiger attack and man-eating tigers are restricted it seems to certain areas (3) the most notorious being the Sundarbans of Bangladesh. I discuss the phenomenon of the tiger conflict with humans in the Sundarbans below. The Sundarbans is part of India’s Project Tiger and spreads over 2585sq.kms9

The Sundarbans provides a home for 4 million people and 200 tigers10 (at 2009 – although a census says there are 27911 but counting tigers is problematic and there are political pressures). It is one of the great last reserves of the tiger (the Bengal tiger). The Sundarbans is a large swampy area in West Bengal and Southern Bangladesh.

Sadly, the tiger attack is on the rise in this area partly because of the underlying reason that the human population (and subsequent human activity) is on the rise in that area. This results in greater human/tiger conflict through prey depletion forcing the tiger to take measures that do not come naturally to it; attack people. And about 8,000 people a year (as at 2002 – it is probably more now) receive permits to “farm” this reserve by for example fishing there.

For this reason, it is arguable that they cannot co-exist. Things are getting progressively worse. A percentage of the four million humans mentioned find the 200 tigers too much to cope with. A lot of people are frightened of the tiger. Agreed, tigers can be dangerous but when we look at the comparison in population size who are we to blame for the two species being forced together? One has risen hugely and continues to do so and the other is consistently falling towards gradual extinction. And as mentioned, tigers would normally steer clear of the human.

Also, what is happening is global warming (a controversial subject), which is causing the sea level to rise. This forces the tiger further north were there are more people. Global warming is arguable an indirect result of human population growth. It could be argued therefore that we are the authors of an increase in the frightening tiger attack.

Before 2002 fishermen accounted for 70% of the total of people entering the Sunderbans reserve and as a result 82% of the casualties of tiger attacks12. Honey gatherers are also vulnerable. Overall, it is thought that tiger attacks in the Sunderbans are due to:

. The most successful was the wearing of face masks on the back of the head. Tigers like to attack from behind and the mask meant that the tiger was never behind a person (from the tiger’s perspective). It is legal to kill a tiger in self-defense in India under The Wildlife Protection Act 197215(see Cats and the Law – India). But how is this law applied?

RELATED: Tiger attacks – some more on this topic.

A classic story of the making of a tiger man-eater is related by the Sunquists. A young tiger became seriously injured in a fight with another tiger perhaps over a home range. He was patched up by a park warden but was unable thereafter to catch wild prey so relied on livestock which brought him nearer to people which in turn lead to the tiger attacking a women. He was put in a zoo. A relatively good ending arguably.

A recent example of a tiger attack that killed a fisherman was reported by the BBC. In the village of Jamespur, Seba Mridha has lost her husband to a tiger attack. She is afraid of the tigers as are people in her community, she says. There are a substantial number of widows. Most of the attacks take place in the forest and not when tigers come to the villages. The people pray to their local goddess Bonbibi (Lady of the Forest), for protection. Madhu Mondal says that sometimes the tiger drags the person’s body away, never to be seen again.

1 Wild Cats Of The World by Mel and Fiona Sunquist page365.

3 Wild Cats Of The World by Mel and Fiona Sunquist page365.

4 Jim Corbett and hunter, conservationist and naturalist of the early 1900swho shot a lot of tigers and other large wildcats.

5 Wild Cats Of The World by Mel and Fiona Sunquist page364.

6 Wild Cats Of The World by Mel and Fiona Sunquist page364.

7 Map from from the Wikimedia Commons https://pictures-of-cats.org/wikipedia-license.html

8 A file from the Wikimedia Commons. User: Monster eagle

12 Wild Cats Of The World by Mel and Fiona Sunquist page364.

13 The Sunderbans wildlife management plan; Conservation in the Bangladesh coatal zone. Seidensticker J and A Hai. 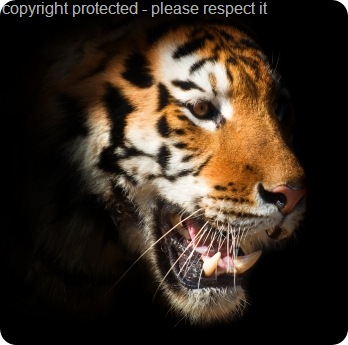 Do tigers kill bears? Yes, tigers do kill bears but it will happen quite rarely although there is conflicting information ...
Read More

The backyard tiger is an abomination. It is disrespectful of the world's most impressive and well-known animal. People who keep ...
Read More

The Indian ranger, Susanta Nanda, in his tweet describes this tiger, captured in a camera trap video, as melanistic. I ...
Read More

The story of the Sumatran tiger is a very sad one. It is the beginning of the end of the ...
Read More

There are probably three things about blue tigers that are worthy of coverage: (a) the interesting writings of an early ...
Read More

Essay on the tiger for kids in Chinese

This page is in two parts: the first is the essay on the tiger for kids in Chinese. The second ...
Read More

Can tigers live in the cold?

Yes, is the answer. The Amur tiger a.k.a. the Siberian tiger lives in Russia's far eastern region. Although they were ...
Read More

Sloth bear with 2 cubs on her back defeats 2 tigers

Why do tigers have spots on their ears?

The question is a reference to the white blob of fur surrounded by black on the back of the ear ...
Read More

When do tigers become adults?

'Young tigers continue to put on muscle until they are about five years old'. Those are the words of Fiona ...
Read More

3 male tigers fight over a tigress

You might want to know whether male tigers sometimes fight over access to a tigress to mate. Well, they do ...
Read More

Can any animal kill a tiger?

Average weight of a tiger in pounds

Web surfers want to know the average weight of a tiger in pounds. This might seem straightforward but it isn't ...
Read More

A research study by the scientists of Cornell Wildlife Health Center, in association with others e.g. Dr. Sarah Cleaveland of ...
Read More

Why are tigers orange and not green?

The tiger attacks color-blind animals The main reason why tigers are orange and not green is because the large prey ...
Read More

How much land do tigers need?

The home range size of female tigers in Nagarahole NP where there are or were high prey densities is about ...
Read More

How do tigers communicate?

Tigers communicate with a combination of vocalisations, scent marks and visual signals. Each tiger hunts alone but they live within ...
Read More

How big is a tiger’s paw?

A tiger's paw is enormous! The enormous size is made clear when you compare it with the size of a ...
Read More
Please comment here using either Facebook or WordPress (when available).