The description of tiger poaching actually covers a myriad of murderous intentions against the tiger and its survival. Technically, the word, “poaching” means, “to trespass on another’s property in order to take fish or game” (thefreedictionary.com/). If the people killing the tiger are doing it to sell the body to Chinese traders for body parts to be ingredients in Chinese medicine, then, yes, they are participating in tiger poaching. 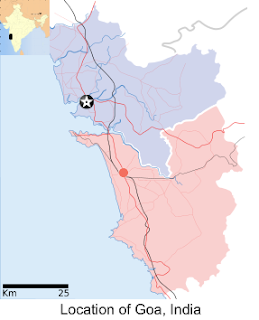 But if they are participating in other activities that require the death of the tiger it is not poaching but it still might be called poaching as a generic term.

On to current affairs. There is a recent story (at 11th May 2009) about a tiger that was ostensibly poached in Goa. It was a Royal Bengal Tiger that lived in the Sattari wildlife sanctuary and it was killed either shot of trapped ( caught in a steel trap, set by poachers – src: Bigcatnews.com). According to the website Ofcats.com, there is a lot of mining activity on the periphery of the Sattari wildlife sanctuary. We also have news that the “authorities” are, as I read the situation, muddying the waters; creating uncertainties. Maybe I have misread things but there are questions as to whether a tiger has been killed.

The chief conservator of forests (CCF) Shashi Kumar said, “We have not found the site where the tiger was supposed to have been killed. We have not yet been able to join the loose ends in this case,” he added.

OK, we have a possible dead tiger that people didn’t know existed (and all tigers in India should or are recognized, so low is the population of tigers and so important is each individual). We have confusion and we have big business that wants to mine undisturbed in the area where the tiger was supposed to have been killed. Smells to me.

You can draw your own conclusions but if there was a tiger on the reserve would that have got in the way of possible mining activity and financial profit? And if it is killed would that remove the obstacle to financial profit? My reading of other stories concerning the death of tigers in India point to foul play in the interests of big money. I would allege that the same thing is happening in this case.