↓
Home→Michael Broad→animal welfare and nature→True or false? Afghan animal airlift only added to our national shame.

In a letter to The Times, Kate Nicholls of Seaford, East Sussex, UK, stated that she passionately believes that Mr Farthing’s (Nowzad) evacuation of cats and dogs from Kabul was a highly improper act which brings shame on Great Britain. She said that she read the news with “utter disbelief”. She also said that Ben Wallace the Defence Secretary caved in to the demands of a bully and the mob to enable the animal evacuation. 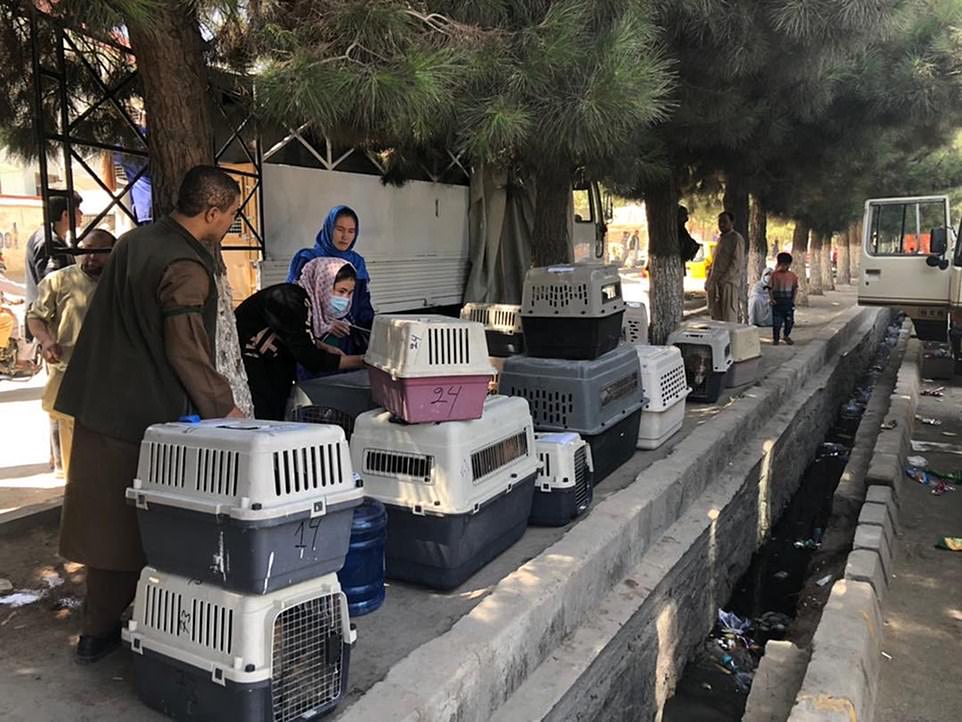 The cats and dogs on their way to Kabul airport. Photo: Daily Mail.

No doubt she is referring to Mr Farthing’s determined efforts to get his cats and dogs out of the country. Only through his determination, passion and commitment was he able to get them out. But was this an act of national shame?

I don’t like what this episode says about our country. It has only added to the national shame I feel over the whole chaotic withdrawal. – Kate Nicholls

There seems to be two aspects to this story. And before I go on, I would like to say that I am completely against what Kate Nicholson said. In fact, I believe the opposite. It enhanced the country. It told that world that Brits are decent people with compassion for vulnerable sentient beings.

Point 1: Did the evacuation of cats and dogs take aircraft space/seats away from people?

During those chaotic scenes at Kabul airport in which many worthy people were left behind in Afghanistan because they failed to get through the barriers presented by the Taliban and/or they failed to obtain the assistance of the British government, Mr Farthing’s vehicles, containing about 200 cats and dogs, managed to get through, eventually, to the airport proper and board an aircraft.

The critical point in this argument is that the aircraft used by Mr Farthing and his cats and dogs was a private charter jet paid for through private donations. It was not a military aircraft supported by taxpayer funds. Mr Farthing added to the inventory of aircraft at Kabul airport. Loading on cats and dogs did not take away space from people. This point has to be stressed. Mr Farthing added to the amount of available space on aircraft. But for his intervention and the private donors who helped him, there would have been less aircraft space.

Secondly, the cats and dogs were placed in the hold of this aircraft. Seats were available above and they were offered to the British government as I understand it but the offer was not taken up. This may have happened because of lack of organisation. We don’t know.

Point 2: The unwritten rule that animals are of less value than humans

The second point is that in many people’s minds there appears to be an unwritten rule that animals are of less value than humans. The more education you have the more that thought looks wrong. There is no book of life which states that this is true. We share the planet with animals. Our cats and dogs have an elevated status because they are members of human families. But in my book of life all animals are equal to all people. And a lot of people would agree with me. The world is moving in that direction. More enlightened people do not devalue cats and dogs to the point where they can be abused and used.

About 120,000 people were evacuated during those chaotic days from Kabul airport. Some were left behind because of poor organisation and because of the artificially imposed time limit. And Mr Farthing took out 173 cats and dogs. Those are the only animals (bar one or two embassy staff animals), as far as I am aware, that made it out of Kabul. The cats and dogs represent 0.144% of the total of sentient beings evacuated from Afghanistan’s capital.

In other words, a tiny, tiny fraction of the sentient beings made it out of there. Is that not fair and reasonable even if you do consider cats and dogs to be lesser species and unworthy of human compassion?

Dog from Kabul imported by Mr Farthing with many other cats and dogs. This dog is at the Wales Ape & Monkey Sanctuary. Photo: by the sanctuary.

SOME MORE ON SENTIENCE:

Cats in divorce – what is best for the cat?

In the UK, and the USA, and I suspect many other so-called developed countries, the family cat is currently treated ...
Read More

NEWS AND COMMENT: In Britain, there is a vociferous group of people who like to participate in countryside pursuits which ...
Read More

3 reasons why you might lose your cat to your neighbour

We know that we don't truly own our domestic cat companions. We might think that we possess them but we ...
Read More