The director of The State Hermitage Museum in Russia tells us that when foreign dignitaries come to the museum they are more likely to enquire about the cats that live there than the art which hangs on the walls.

Famous for Rembrandts and cats

The Hermitage Museum, St Petersburg, is famous for its superb collection of Rembrandts. There are 3 million objects of art at the museum. The collection was started by Catherine the Great in 1764. 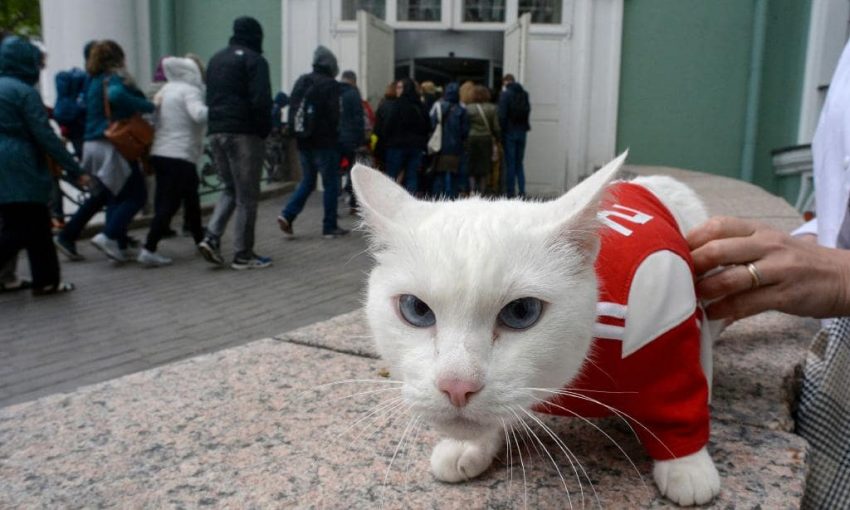 As usual, the initial idea was to keep the rats down but their task is now taken care of by people. The cats have become a fixture and a very popular one with the tourists.

Seventy cats in the basement are well cared for

As at 2018 we are told that there are 70 cats residing in the labyrinth of basement tunnels at the museum. Looking at the photographs of the staff at the museum interacting and feeding the cats you can’t help but be impressed with their care. They are clearly loved by the employees at the museum. Donations of €400-per-month from the charity Pro Animale, and the sponsorship of Royal Canin come in for the cats. 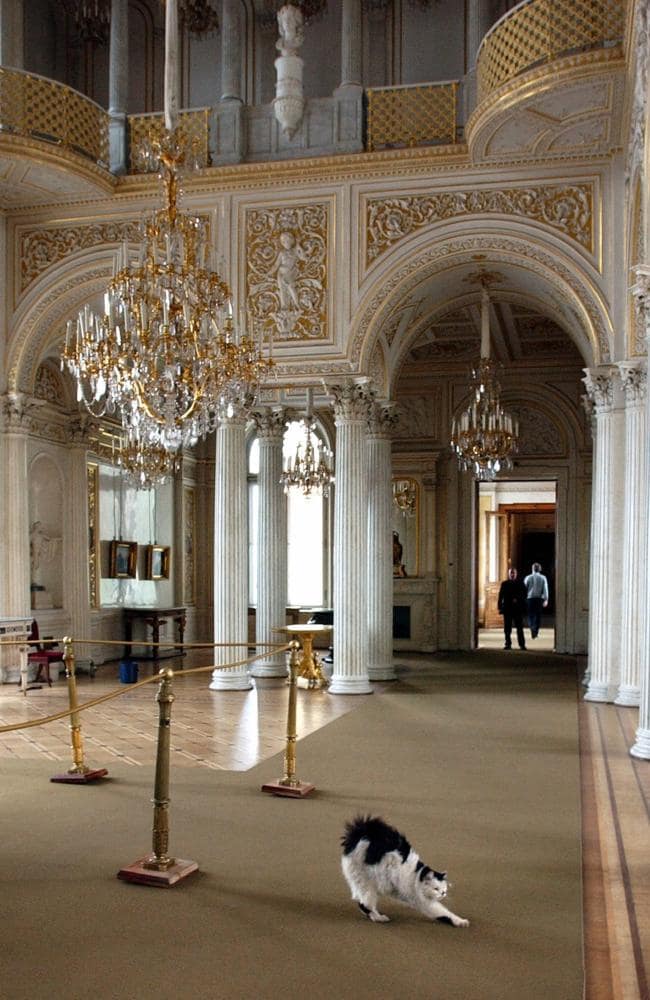 Although the cats live in the basement, visitors can see them strolling about the museum’s courtyards. Vaska, a black-and-white cat, is seen in the photograph stretching in the Pavilion Hall of the museum.

You can see that the staff have built little resting platforms attached to the central heating pipes underneath the museum. An ideal place to rest and keep warm through the long Russian winters.

It’s unsurprising to learn that one of the cats doesn’t want to live anywhere else but the Hermitage. They’ve tried three times to rehome her but she always returns. 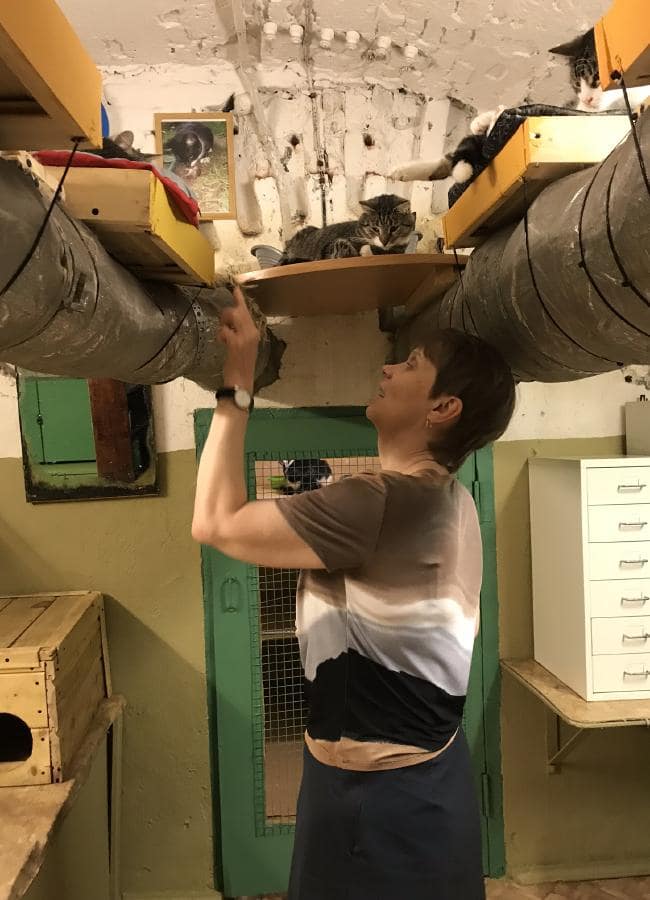 Maria Haltunen with the cats in the basement. Picture: Elizabeth Fortescue.

If you turn your mind to the recent World Cup in Russia, you may remember a cat predicting the results of the matches. It was quite a big news story for a while. Well, that cat’s name is Achilles. He is one of the Hermitage cats and the most famous and he is white and deaf. He has been adopted by the veterinarian who presume looks after the cats’ health.

Achilles has brought comfort to many sick children. He is a quiet cat and the children like him. He’s been photographed many times at many Hermitage events and has his own Twitter account.

Maria Haltunen is the secretary to the director of The State Hermitage Museum. She appears to love the cats and you can see her saying hello to one of them in the basement in the picture above taken by Elizabeth Fortescue.

Maria with Nikolai Gol wrote a book about the museum: The Hermitage Cats: Treasures from the State Hermitage Museum. According to them, cats did not arrive in Russia until the 13th century. Before that they were only for the rich and considered an exotic “outlandish wonder”.

Source: Wikipedia and Elizabeth Fortescue at The Daily Telegraph (Australia).