I’m writing this account of what happened to two of the most beautiful cats I’ve ever owned with the hope no one has to repeat this experience. Whiskers and Scrappy were brother and sister and I’d had them since the day they were born.

They were the only litter born by c-section because their mother went into labor and then the labor stopped. Whiskers was a beautiful long haired black and white male who loved being held. Scrappy was a long haired female calico who knew she was beautiful and strutted everywhere she went. I lived in a place where it was safe for them to roam the neighborhood. There were woods behind my home and lots of places where they could hunt and just enjoy being a cat. 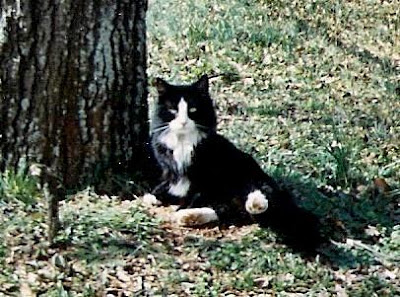 One evening we found one of the cats we fed. Old Tom was a black male who came every day for a bite to eat. He was friendly and probably belonged to someone in the neighborhood. He was dead under my living room window. My husband and I checked him for trauma and there wasn’t a mark on him. We took him to the woods and gave him a proper burial.

A few days later we found Tom’s eating buddy Booger dead in the back yard. At first glance he looked to be enjoying an afternoon nap. Again there was no sign of trauma. We buried him beside Tom.

I wasn’t concerned about any kind of poison ingestion. The whole neighborhood owned cats and we all had an agreement not to put out rat poison because it would endanger our animals. The cats controlled the rat population and didn’t need any help from us humans. 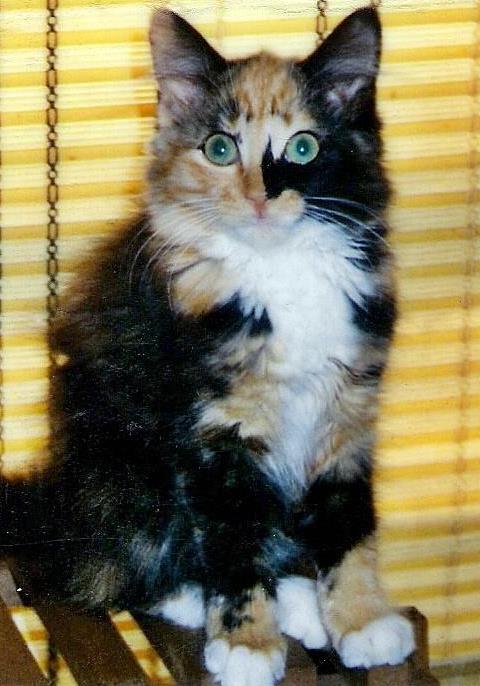 It was the day after burying Booger that the unthinkable happened. Whiskers and Scrappy were both staggering and wouldn’t touch their food. They were too sick to walk but continued to haphazardly follow me from room to room. I scooped them up and carried them to the vet.

I explained about Tom and Booger and the vet diagnosed Whiskers and Scrappy with feline leukemia. I may not be an expert but I didn’t think it likely that two cats would die a day apart of feline leukemia and now two more were sick. The vet gave them a glucose IV and sent them home.

That night I made them a bed on the floor in my bedroom. The next morning Scrappy was dead but Whiskers seemed a little better. We gave Scrappy a funeral and buried him beside Tom and Booger.

A few days later Whiskers did a really great cat stretch. You cat lovers know the stretch I’m talking about. His head was almost on top of his front feet and his tail was high in the air. Then-he just fell over. I picked him up and took him to another vet.

The new vet listened to my story of how the other three had died and diagnosed Whiskers with poisoning. Since it had been so long since being ingested there was nothing we could do except wait. I fed him using a syringe and he slept in my lap. I cared for him around the clock for two days. Then he died. I still couldn’t believe any of the neighbors would intentionally harm a neighborhood pet.

So I started asking around. One of the neighbors had placed mothballs under her house to repel snakes. I live in the deep south and snakes can be a problem during the hotter months. I’ve always associated mothballs with the funky smell in grandma’s closet to repel moths.

As it turned out mothballs are an old folk remedy. Scatter them under the house and the snakes won’t go there. There had been a lot of rain that week and it turned out that was the problem. The cats had gone underneath their house and drank from a puddle where the mothballs had dissolved. Mothballs contain several poisons with very long names. All of the symptoms fit.

We had lost a total of four neighborhood cats in less than a week. Maybe more that I never knew about. If this article can save even one cat from this horrible ending it will be worth it.

Hi Joyce… A great but very distressing article. Thank you for sharing.

I just looked up mothball poisoning and they are evil things it seems. I never knew. They are also poisonous to people and particularly children.

Paradichlorobenzene is linked to kidney and liver disease. (source: http://www.medscape.com/viewarticle/410536_3).

“Gastric lavage” can be administered if within 30-60 mins of ingestion. (source: Pet Education)

Mothballs can be abused by people and cause anemia and liver disease. Get rid of those moth balls if you have cats or dogs.