“What eats a cheetah?”, is a question that quite a large number of web surfers ask. To be completely honest it is a slightly basic question and the answers on the internet are equally basic at least the ones that Google ranks highly when a search is carried out for “What eats a cheetah?”.

The cheetah is top of the food chain but outranked by larger and more aggressive predators and it is these predators that are a threat to the cheetah.

These predators are the lion, leopard and hyena. They kill adult cheetahs and cubs and steal the cheetah’s kills. The cheetah will give up its kills to these predators for the sake of survival. If a cheetah is injured it will starve if the injury affects its speed as it relies on speed to hunt its prey. 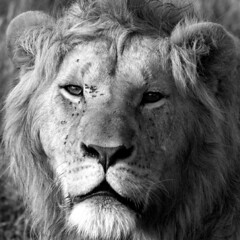 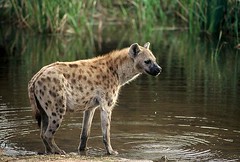 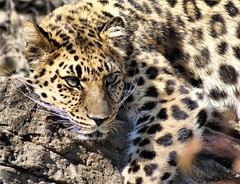 Leopard
The cheetah keeps a watchful eye for these predators and steers clear of them. They do this by keeping sentry duty when resting. They might use a mound or by sitting upright and raising the head when in long grass, the kind of habitat that suites the cheetah. In some parts of Africa the cheetah will spend one fifth of every hour keeping watch.

The top predators are most likely to attack the cheetah when it is feeding on its own kill. The lion, leopard or hyena might kill a cheetah to dispose of a competitor but it will eat the cheetah’s prey and not as I understand it the cheetah or at least that is the most usual scenario.

What do cheetahs eat?

What Eats A Cheetah? to Wild Cat Species