I may be naïve and out of touch with cat litters because my cat does not use a litter. He goes outside. However, I’ve only recently discovered the term “natural cat litter”.

Worlds best cat litter. It is said to be “natural”.

It sounds attractive. As long as a natural cat litter is as good as an “unnatural” one, everybody should buy the natural version; it is going to be better for your cat because it won’t contain unnatural chemicals. One of the great problems with cat litters is that manufacturers bend over backwards to make their litter more attractive than their competitor’s litter so they add things to it which make it more effective and attractive to consumers but at the possible expense of health consequences to your cat and even to the people who handle it.

For example, in the UK, Sophisticat Lightweight Pink Clay Non-Clumping Cat Litter, is very dusty and that dust sticks to the cat’s fur; it is noticeable on the lower half of the cat’s legs. The cat will lick off this dust and ingest it. People handling it will also ingest the litter dust. They might not see problems initially but those health problems may be building up gradually. 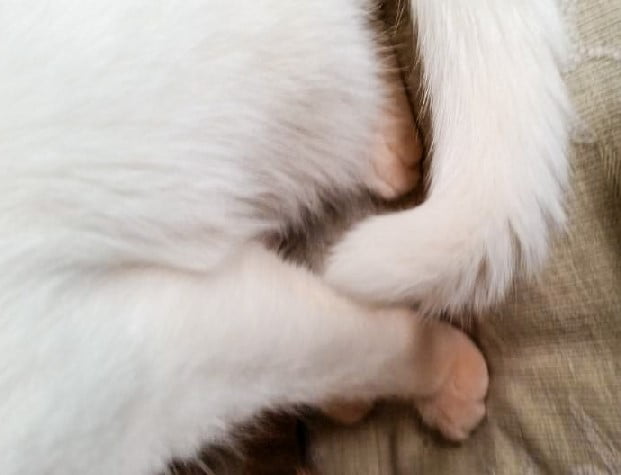 In the USA there is Tidy Cats Lightweight Litter. Users have recounted stories of it being very dusty, even causing health problems in the people handling it never mind the cat who is much nearer the litter, using it and exposed to it far more.

The reasons why cat product manufacturers made lightweight litter is because they saw it as a niche market bearing in mind how heavy bagged cat litter is and how it is usually the lady of the house who handles it. It is a good marketing idea but in making litter so lightweight there appears to be health problems.

Then, many clumping litters contain sodium bentonite which is a chemical which improves the clumping action making it easier to handle. The downside is quite obvious and perhaps most people now realise it, namely that if a cat ingests some of the litter that super clumping action takes place inside their lungs which can cause severe health problems, at least potentially.

Another chemical which is added to litters to make it more attractive to purchasers is perfume deodorizers. It is unnatural. The purchaser, the cat’s caretaker, may like the smell but I would suggest that the better cat caretaker would prefer a more natural product because the important question is does your cat like the smell and the answer to that question must be no.

Some cat litters contain silica. Silica is a known carcinogen when inhaled. These litters will produce some dust and therefore even a small amount of dust would, I suggest, present a health hazard to both cat and person.

The manufacturers of the World’s Best Cat Litter state that their Advanced Natural Original is 100% natural with the same level of performance as other clumping cat litters. It is made up of naturally absorbent corn with added plant fibres for high-performance clumping. We are told that it has outstanding odour control and is flushable.

As to flushable cat litters, there is a problem as I understand it. Although the litter material is all right to flush down the toilet, it may be inadvisable to flush cat’s faeces down the toilet because it may contain toxoplasmosis cysts which can affect the health of marine life once the waste ends up in the sea.

Note: I am not deliberately promoting a litter.