The name of this small wild cat species is strange. I am sure that most people have never heard of the cat. The word ‘kodkod’ comes from the Araucanian Indian name for this cat. In Chile and Argentina the kodkod is commonly called guiña. The species is closely linked to another small wild cat, Geoffroy’s cat.

Chile and Argentina (the extreme west).

5,980-92,092 per the IUCN Red List. The numbers are decreasing which is typical of all wild cat species. Numbers are date sensitive.

Shrubland and forest. They are forest dwellers. They occupy both slopes of the southern Andes mountains at below 2,000 meters.

The kodkod is rare in Argentina and endangered in the agricultural land of central Chile because of the destruction of woodland habitat and hunting.

The kodkod is a terrestrial hunter (on the ground rather than in trees) although it is an excellent climber. They hunt rodents, lizards and birds such as the Austral thrush and Southern lapwing. They also eat livestock such as chickens.

At 2002 there were no kodkods in North American zoos. I don’t have information on how they behave in captivity.

Please click on this link to read much more about this small wild cat.

The güiña cat is better known as the kodkod. The word "kodkod" is the Araucanian Indian name for this cat ...
Read More

Please make sure that you turn the sound on using the button on the video. It is a cycled video ...
Read More

Kodkod is the unusual name for a small wild cat that lives in a small part of South America. The ...
Read More

The Kodkod range (distribution) is shown on the map below in blue. The kodkod is a small wildcat which you ...
Read More 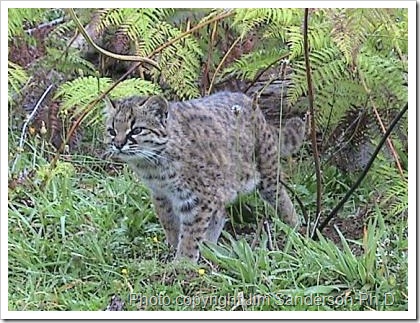 Overview The kodkod is, with the oncilla, the smallest wildcat in the Western Hemisphere and smaller than the average domestic ...
Read More
Please comment here using either Facebook or WordPress (when available).