The wild cat species most likely to have the longest tails are those that live in trees or in areas where a mastery of balance is required because the tail assists in balance.

I am therefore going to nominate three wild cat species who have the longest tails of all the wild cats and then select one of the three. The three species are: margay, clouded leopard and snow leopard. Note: I am whittling down the candidates. Pumans (mountain lions) come a close second because they are marvellous jumpers and they need excellent balance. Their tails are very long too.

Of these three, I would select the snow leopard as being the wild cat that most likely has the longest tail which is 90% of the length of the cat (see illustration below). 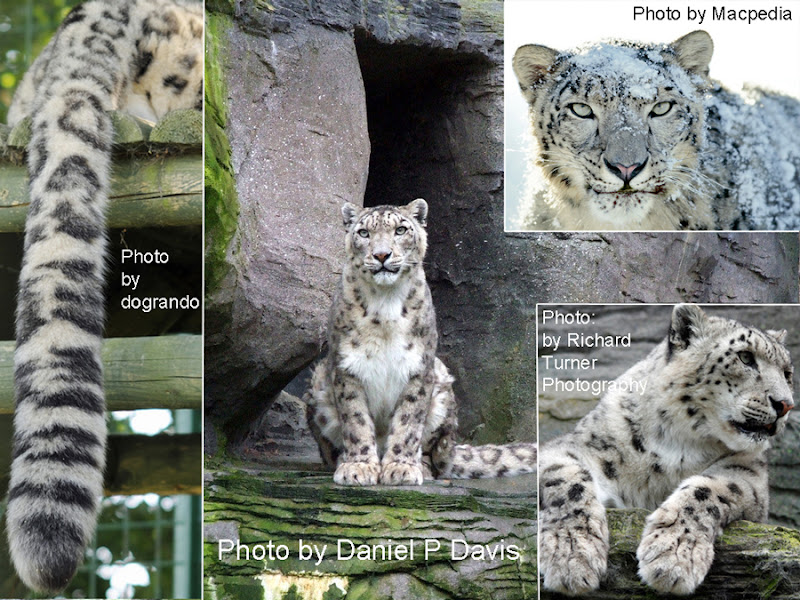 By contrast, the margay is a small wild cat species of a similar size to the domestic cat but its tail is of a similar length in relation to its body to the snow leopard.

In truth, it is very difficult to separate the three species because the clouded leopard also has a very long tail in relation to it’s body size. Note: the length of a cat’s tail will vary slightly from cat to cat of the same species. We are not talking about clones!

Another interesting feature about the snow leopard’s tail is that it is quite thick. The snow leopard is an absolute master of balance when hunting on very steep rocky surfaces. This cat really does rely on excellent balance to survive because the slopes on which it hunts are at 40° or more with big drops. This cat hunts blue sheep.