More than 10 million animals in the USA are killed for classroom dissection annually. Unwanted domestic cats are amongst them. 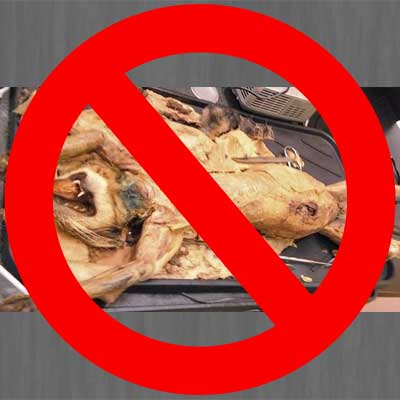 There is a touching vignette of a story from Castle View High School, Douglas County Schools, Colorado, USA, on the change.org website. This is a quote from the website:

Today, arguably there is no longer a need to cut open a domestic cat in a classroom. When I think about it, it feels wrong. As I say in the title, the cat on the classroom table could well be someone’s lost, loved cat companion. Is there no sensitivity towards cat and caretaker in this process?

Personally, I have a lot of admiration for the girl who refused to participate in the classroom. She showed courage and intelligence. I remember doing biology at school and dissecting animals (no cats I hasten to add). We never gave it a thought. You didn’t in those days (1960s) and children won’t normally. If a young student is ambivalent about the domestic cat  – she has no particular opinion – cutting up the carcass of a dead domestic cat is unlikely to engender a good attitude towards the cat (or animals in general) in adulthood. The impression given is that the domestic cat is disposable; an “object” of little worth to be used as we, humans, see fit. This is not consistent with modern thinking. It is an ideology consistent with the bible’s reference to man’s dominion over animals – very old fashioned. Today there is an urgent need for children, particularly, to respect all animals.

The purpose in dissecting cats is to compare cat and human anatomy. I don’t see sufficient value in that to justify dissecting a cat in a classroom. We are told on the petition website that the president of the National Science Teachers Association has stated that comparative anatomy is out of date and no longer necessary. I can certainly sympathise with that. What purpose can there be? In any case if the value of comparative anatomy is questionable, it can be studied from books or using computer programs.

It isn’t just about the dissection. What happened beforehand? Where do these cats come from? Who is the supplier. Is a dealer buying up cats from shelters? Or are shelters doing deals direct with dealers? I see that Julie Sarff, the lady who wrote the petition, states that animal shelters in Colorado won’t sell animals to supply companies. She also says that the supply companies have had violations under state animal welfare legislation. Where do these animal supply companies get their cats from? Off the streets?

PETA states on their website that the cats “are obtained from animal shelters, pet stores, backyards, and the streets of the U.S. and Mexico.”

PETA also reports that the animal supply companies can engage in acts of animal cruelty such as “the embalming of cats while they were still alive”. Shocking.

If shelters are doing deals, the cats would have to be dealt with differently post-death to other shelter cats, I would have thought. Perhaps they are earmarked before being “euthanised”. Doesn’t doing deals with commercial enterprises undermine the ethos of a shelter, which is to shelter cats by being concerned about their welfare and to find new homes? If cat and animal shelters are involved in this form of dead cat trading it turns them into processing facilities. They are certainly not behaving as intended.

Countries such as Germany, Norway and Sweden don’t require students to dissect animals, Julie Sarff states. I haven’t checked it, but it rings true.

The bottom line is that this is a thing of the past. It is just convenience and commerce that keeps it going. It is time to stop.