People ask, why are snow leopards endangered? The reason is because of us. This page adds some detail to that statement and refines it. In fact, this page is about the snow leopard’s status in the wild and its conservation. The sources for this page are: Wild Cats of the World (WoW) and the IUCN Red List of Threatened Species™ (RL). Both these sources rely on the best current research. Without the snow leopard the mountains will lose their soul and fall silent. Note: the page has been revisited and upgraded in Sept 2022. See base of page.

When an animal is threatened with extinction in the wild the starting population size is of interest and this wild cat was never, it seems, that common a cat. In 2002 the world population, albeit fragmented, was estimated at 4,500 to 7,500 (WoW). In 2009 the total population is a rough estimate of 4,080-6,590 (RL). National Geographic say the population could be as little as 3,500 in total. The population is falling (RL). The IUCN Red list at 2017 (still current) states that the number of mature individuals is 2,710-3,386 and it is decreasing. 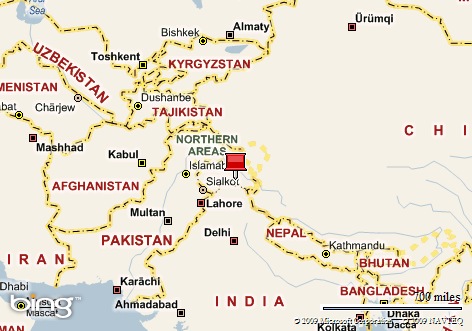 The snow leopard is classified as endangered (faces a very high risk of extinction in the near future):

Threats past and present

As at 2012: I hate to say it, but the threats include what could be called the usual ones, namely:

The area in which the snow leopard finds itself is also an area where people still hunt. People keep guns that facilitate hunting. And the people hunt the same animals that the snow leopards would consider prey, for example: ibex, blue sheep, wild ass, musk deer, wild pigs and gazelles. One facet of conservation is to stop this and compensate local people in a variety of ways.

First, it is said that the snow leopard is rather passive towards people, being somewhat unafraid of people, which makes killing them easier, of course. Domestic livestock forms a part of the snow leopard’s diet because it is there and because wild prey has been depleted. As farmers have guns the conclusion is predictable. It seems that herders take steps to protect livestock (I wonder if more could be done, I don’t know). Despite that livestock is relatively abundant and can represent more than half its diet.

This hideous trade applies to almost all wild cats including snow leopards. Practitioners of traditional Chinese medicine think that the bones of this cat are good to treat pain and inflammation and to strengthen muscles,tendons and bones (src: endtigertrade.org). The bones are a substitute for tiger bone. The tiger is more persecuted than the snow leopard. Officially Chinese medicine stopped using tiger bone but it still goes on and is a major threat.

I’m going to add what the Red List states as threats as at today’s date which is September 22, 2022. The threats vary per country. Particularly with respect to large countries such as China or Mongolia. They say that there are three broad categories of threat to the snow leopard namely (1) competition with livestock, habitat degradation and declines in prey animals upon which the snow leopard lives (2) retaliatory killings because the snow leopard attacks livestock, and the farmers retaliate and (3) the illegal trade in furs, bones and other body parts. This is a reference mainly to Asia and China in particular where their traditional medicine based upon superstition results in the poaching of live animals for their body parts. It is a disgraceful form of behaviour and very much anti-conservation. Nothing is being done about this internationally.

The Red List also state that since 2003 there have been some new threats identified such as climate change, mining, barriers such as roads or fenced railway lines and large infrastructure projects.

Another threat is described as “a lack of awareness among local people and policymakers”. As I recall, the Snow Leopard Trust works very closely with locals, so I am surprised to read this. It indicates that local people need educating on how to live with the snow leopard and to protect them. They also state that there is not enough collaboration between different countries and also a lack of proper law enforcement of laws which protect the snow leopard.

They also report that law enforcement in Afghanistan, Bhutan and Kazakhstan is very poor because there are very low levels of seizures of snow leopards that have been shot for their body parts.

Comment: it seems very clear to me that nothing really is happening on the ground other than the great efforts of the Snow Leopard Trust to change things. The trade in body parts goes on relentlessly which is the reason why there is a continual decrease in the population size of this iconic species. I am very pessimistic about the future.

The snow leopard is included in CITES I. Appendix I lists species that are the most endangered among CITES-listed animals and plants. The concept is to prevent trade in animal parts but in practice this means little in my view. It applies to countries that are party to the agreement/convention but it is not enforced adequately. The authors of WoW agree that this form of protection “exists largely on paper”.

However, there are some wonderful conservation programs. One is the Snow Leopard Trust – opens in new page (see video below for their fine work). The underlying principles are to help the local people do things better such as better livestock management and generating more profitable businesses, which then places less pressure on the need to kill the snow leopard as a way of protecting income. It is about creating an environment in which people and the snow leopard live in harmony – the ultimate solution. It also about educating the local people to value the snow leopard and protect it. As the Snow Leopard Trust wisely says local people are best placed to do conservation work.

Other aspects of working with the local people is for example providing better veterinary care for their livestock. This means less livestock losses, which in turn eases the pressure on people to protect their livestock by killing the snow leopard. These are thoughtful, indirect but effective measures.

Many conservation areas have been established. For example, 20% of the geographic range of Bhutan and Sikkim are protected lands. However, countries such as Afghanistan and the former Soviet Union have only allocated 1% and in both cases on the ground protection is not good. This mirrors reserves in other countries such as India where the tiger is poached mercilessly without any effective reaction by the authorities. The parks are under managed under financed and there is a need for international cooperation to stop trade in animal parts. See Wild Cat Species for a number of articles on this very important subject.

We have to be honest and admit that there is a mountain to climb in order to create a proper environment for managed conservation and it is easy to become pessimistic.