Not eating it but lying in it! – Photo added by Michael. This cat is not associated with this article. Photo by ladybugbkt (Flickr)

Hi. We have had our cat Ybot (pronounced eeboat) for about 5 years. We also have 2 other cats though Ybot was here before them. Ybot is very intelligent, my daughter actually taught him to shake with his paw on command.

Yboat is my problem child. I think maybe it is because of his intelligence he seems to get bored easily. If a drink is left unattended on a table for long he will go knock it off.

He has broken many glasses and will also do it with fastfood cups with lids and straws. One of the funniest moments was while taking a bath and the newest family member Luna was sitting on side of tub watching me (normally Ybot’s spot). Ybot came running out of no where stood on his back legs, used his front paws to push Luna in then ran like a bat out of hell. Which indicates he knows exactly what he is doing.

Ok, the reason I stated this is because for years Ybot has eaten plastic. As hard as we try to keep it away we can not always. He swallows empty candy wrappers whole. They seem to be his favorite. He at times digs in trash to find the plastic items. We no longer buy plastic easter grass for this reason as well.

I wonder if he is digesting this plastic or if it will build up in his system and kill him. I don’t know how to stop him. If I hear him with plastic and go to get it he will run all thru the house ’til he has swallowed it and I can not take it.

He seems to have no health issues as of yet from this. Is eating plastic a lack of something in his diet or more of a behavior problem that causes this?

All 3 cats are fixed. Ybot has done this for so long I’m afraid for his life. We love each cat dearly and they are such an important part of our family. Oh, Ybot also “suckles” from mine and my daughter’s earlobe at times, which might offer more insight.

Thank you for your time and appreciate any feedback…

Hi Dawn.. thanks for visiting and asking. Visitors who pass by (and our stalwart regulars) may have a better answer to mine but I will give this my best shot as, like you, I am concerned about him.

Plastic is a very durable substance and will not, as I understand it, be digested. It may pass through the digestive tract but it may cause an obstruction. If he is well and healthy it seems that he is coping with it but there would seem to potential for health problems. There might be a build up of plastic which may eventually and suddenly cause ill heath.

My immediate gut feel (forgive the pun) is that in the case of your cat, the underlying problem is early weaning. Although this sort of problem may be multi-layered. For example some cats have a genetic predisposition towards this behavior (Siamese cats is an example). It also may be due to obsessive compulsive behavior (OCD) which may be combined with early weaning. OCD can also lead to compulsive licking
for instance.

If a kitten’s compulsion to nurse is unnaturally stopped before progressing to solid foods the kitten may displace its nursing drive onto other objects. This can lead to the well known “wool sucking”.

The fact that Ybot suckles at your ears indicates as you infer, that he was weaned too early. His intelligence probably makes him more susceptible to obsessive misdirected behavior if he has been psychologically damaged by early weaning. Bored cats, particularly indoor cats, are more likely to develop pica than outdoor cats. Being more intelligent means that he is more likely to become bored. The knocking over cup and glass habit is probably attention seeking brought about by boredom.

It seems that a good number of cats are attracted to plastic and eating it. This is quite disturbing really. Are we as humans doing something wrong?

Why are cats attracted to plastic? It is possibly because its manufacture includes the use of rendered animal fat. Other theories are the sound it makes or its texture. The experts don’t know
for sure.

Anyway, lets conclude that the problem is early weaning – what can you do?

Some people advise that the cat be reprimanded for doing this, meaning trained out of it. Drs Carlson and Giffin who wrote the excellent, Cat Owner’s Home Veterinary Handbook say that habit can be stopped early by catching the cat doing it and “rapping it on the nose”. I disagree strongly with this and in any case it is too late for that. (Don’t punish your cat).

They also suggest applying offensive tasting substances but this is impractical in this instance. Although you might try this on a wrapper as it may tell him that they are not attractive anymore.

I have not seen advice on cures. A true cure may not be possible. As a last resort drugs can play a part. These would be tranquillizer type drugs but I personally hate that idea. All drugs are poisons essentially and the side effects will probably outweigh the benefits.

Changing your routines regarding the use of plastic must be the best answer. You do take measures to reduce its presence. Is it possible to eliminate plastic from your home completely? A challenge certainly but a possibility I would have thought. It just takes some lateral thinking.

Cat chew toys may distract him. And a high fibre diet may help. What I mean is feed him more but with high fibre as this will help to prevent him becoming overweight. Compulsive behavior of this type is sometimes associated with eating (hunger). Plenty of challenging but appropriate play may also help (cat games to play).

One last point. I would think that a trip to the vet would be advisable to make sure that there is no dangerous build up of plastic wrappers in his intestine and/or stomach. He may be fine now but will he be fine tomorrow?

Why Does My Cat Eat Plastic? to Cat Health Problems

Another possible reason is that your cat is bored. His brain needs stimulation. Toys, play etc. might help.

Apparently you can cat proof electric cable – a cable cover. Not sure where you get them from. Not sure if that is a practical solution though.

You might get success with a cat repellant of some sort to keep you cat away from cables. Not sure I like these though.

My cat eats plastic as well and even some leaves but not all plastics I believe it does have something to do with what is on the plastic bags. The bags from the supermarket he does not chew on. I believe because it has a chemical type smell but the clear trash bags he is crazy overI’ve only seen him chew it but I am concerned that one day he will actually swallow. I believe that he was not weened early because he does not suckle however he is very smart and knows that I do not like him chewing on the plastic.

He has really weird eating habits. He will eat dry cat food but never wants wet canned food. He wants to eat fruit and salad too. He is a weirdo. I love him! 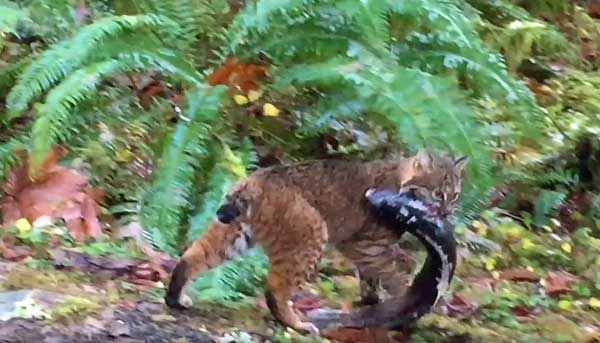