The proposal in Wichita, Kansas allowing residents to keep feral cat colonies in their yards has been delayed until December or January pending some changes, the San Francisco Gate reported November 29. 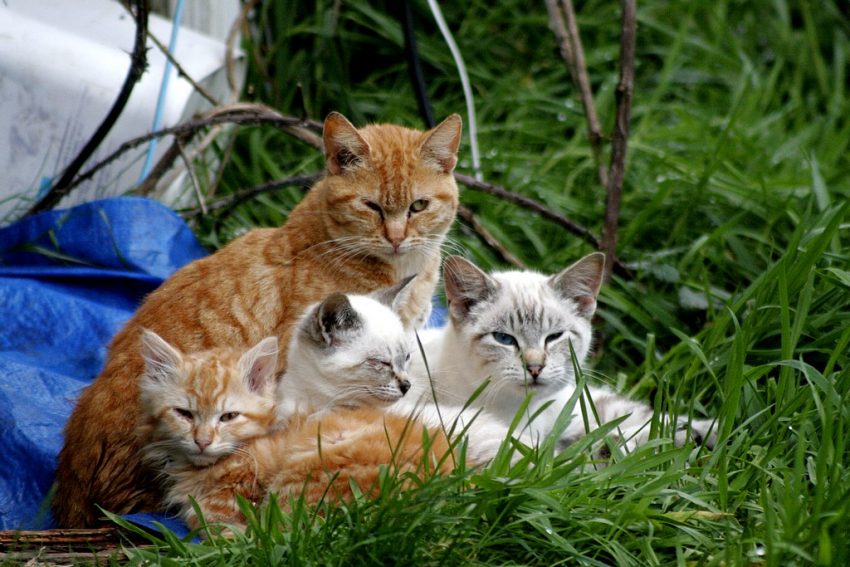 By Chriss Pagani under CC license.

The Wichita City Council advisory board says the Wichita Police Department would have to develop a plan to trap stray cats in the city, take them to be spayed or neutered then return them to the area where they were trapped.

“Our number on euthanasia with cats remains high and so a goal of mine and the (Wichita Animal Shelter)…this is one way we’re trying to see if we can reduce those numbers.”

Tom Ewert, president of the Wichita Audubon Society, is fighting back. Bird supporters have accused Wichita City Council of feral cat favoritism. Ewert would like feral cat colonies banned from the 15 parks and open spaces that are bird habitats.

The delay of putting a feral cat TNR plan into place involves providing rules as to where and where not feral cats can be trapped, returned and fed without too much of a negative impact on the bird population. The number of cats in a colony is also being debated. Right now the city code allows a person to own two cats or four with a permit.

The TNR ordinance currently drafted would allow a resident to have four “owned” cats and up the eight strays on the property. Assistant City Attorney Jan Jarman is drafting the ordinance and set aside time last month to get advice from Best Friends Animal Society attorney Katie Barnett who has help other communities get a feral cat ordinance.

TNR is already being practiced in Wichita because resident caregivers see there’s a problem with overpopulation among city cats. The whole idea is to decrease the feral cat population, regardless of who the cats are being cared for by.

One rule in TNR is to spay/neuter any cat trapped, regardless of whether it’s the cat the trapper meant to catch. TNR is designed to reduce the number of cats and programs encouraging spay/neuter/vaccinate benefit the community more than catch and kill.

If anyone close to the Wichita feral cat ordinance has additional information, please leave a comment below.

Additional source (this is a good read and offers more information) here.