Wildcat habitats are under threat by ever expanding human activity and of all the habitats the one which is perhaps under the most threat is the forest. And there are a good number of wild cats that live in the forest. I’d like to look at that aspect of the demise of the wild cat and how through business callousness we are ridding the world of some of our most precious assets. 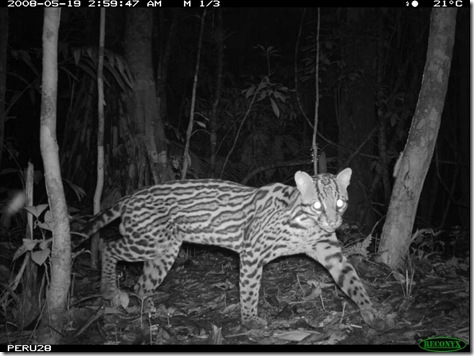 We love the car or most of us do. But it has caused a massive amount of chemical and noise pollution. In order to go on fuelling our cars the big international petrochemical companies are finding other ways than petrol (gas) or diesel to power cars. The current flavour of the month is palm oil, which is added to diesel fuel. Palm oil has other uses too such as a component in food and as cooking oil. 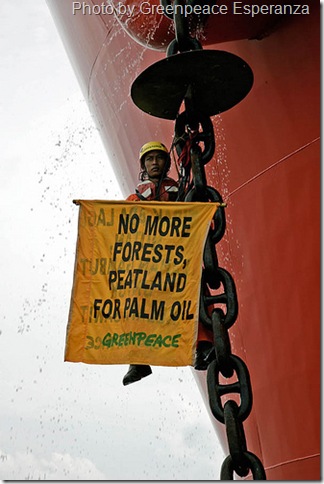 Rainforests are being destroyed to make palm oil, which is an alternative to diesel. At 2009, Indonesia and Malaysia produce about 87% of global demand. These are counties where there is rainforest. Some large petrochemical companies do not check on previous land use. So they disregard the fact that forest has been cut down to make way for oil palms. Palm oil is an edible plant oil derived from the fruit and kernels (seeds) of the oil palm.

It is meant to be good for the globe but the net result seems to be the opposite. Burning forest (to make way for palm oil) means CO² emissions. 20% of CO² emissions comes from deforestation in the tropics (The Times).

I don’t think the equation as to whether palm oil has a net benefit to the world in relation to CO² emissions has been worked out.

And this ignores the enormous matter of the biodiversity that the rainforests bring to the world and for me the matter of the loss of the wild cat. Yes, they are almost forgotten in all of this. But a good number live in rainforests in Asia, Central America, South America and Africa where deforestation takes place to grow palm oil. These are countries where wild cats live in the forest. Here is a selection:

The range for this cat includes Thailand, Indonesia, Malaysia and China. All these countries manufacture palm oil with associated deforestation (on a massive and unprecedented level in Indonesia for example).

This fine wild cat is at deaths door in the wild due to rampant deforestation in Sumatra. See Sumatran Tiger.

A small, little known wild cat that lives in the rainforests on the island of Borneo. Three countries have a piece of Borneo: Malaysia, Indonesia and Brunei. Malaysia and Indonesia we know are the biggest producers of palm oil and Borneo is the world’s third largest island. It was once covered by forests but that is no longer the case and deforestation is rapid. The Borneo Bay cat’s survival is threatened. See Bornean Bay Cat and Bornean Bay Cat Range.

Another small wild cat whose habitat happens to be in Asia where there were lots of forest and where logging is destroying this cat’s habitat by the day. See Asiatic Golden cat Range and Asian Golden cat.

Otherwise called the Asian Leopard Cat. Its habitat is forests in Asia.

Another Asian cat that is affected by palm oil plantations but seems to have adapted to live in them. See Flat Headed Cat

In respect of palm oil production this cat may be affected living as it does in China (amongst other countries) and in jungle (amongst other habitats). See Jungle Cat Range.

If Asia is the region of greatest production of palm oil (and arguably the region of greatest disregard for the effects of its actions on wildlife) another area of high levels of deforestation is Central and South America, part of a continent where a number of wild cats live and wildcat habitats are being destroyed daily.

The countries below produce palm oil and have rainforest. Rainforest is primary forest (ancient forest) that we will not get back: