There is always a lot of fascination with the unusual or the freakish. The more freakish an animal is the more people want to see it. It’s called voyeurism. Personally, I do not like it. And with a fascination for the unusual you have conspiracy theories and bizarre ideas to try and explain the phenomenon. In this instance, two appendages on cats which looked like wings resulted in the cats being described as “winged cats”. You need to be a superstitious character to believe it. Many citizens of China believe in their traditional Chinese medicine. It is not based upon science and science doesn’t support it. It is based upon superstition and therefore it does not surprise me that the most notorious winged cats have been “discovered” in China.

Below, I have set out in a list some examples of winged cats, so called, and below that table I have listed the possible explanations for domestic cats with these appendages. Common sense should dictate the answer and, believe me, it has nothing to do with wings 😎😊. When did anyone see a cat fly!

On the basis that all animal life including human life (and to me we are just the top animal predator) throws up differences and so-called defects, all the time, then we should think that winged cats are normal. Many will disagree with me but it is true. And being true we should not have a media scrummage over a poor cat that has a couple of appendage like objects attached to his or her body. Let’s leave them alone and simply love them.

I am referring to a domestic cat living in Qingyan province, China. This might not be the location as Google maps can’t find it (I think it is Xianyang city, Shaanxi province – see table). But the truth is that there is a long history of winged cats and a longer history of people being fascinated by such things and exploiting people or animals that have odd appearances. And we should not do this. There are two more points to make about winged cats (a) how often have there been “sightings” and (b) what actually are the wings?

The sightings (these amount to 138 cases in all – for common sense reasons I have not listed them all below, just a selection which tells the tale that winged cats are not that unusual): 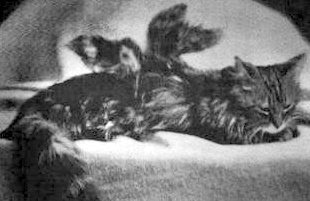 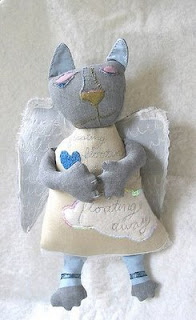 These are threefold i.e. three possible causes of this condition: