People might ask Google whether Winston Churchill liked cats or dogs. I have it on the best authority that Winston Churchill adored cats and never failed to react to their presence even during the height of World War II. 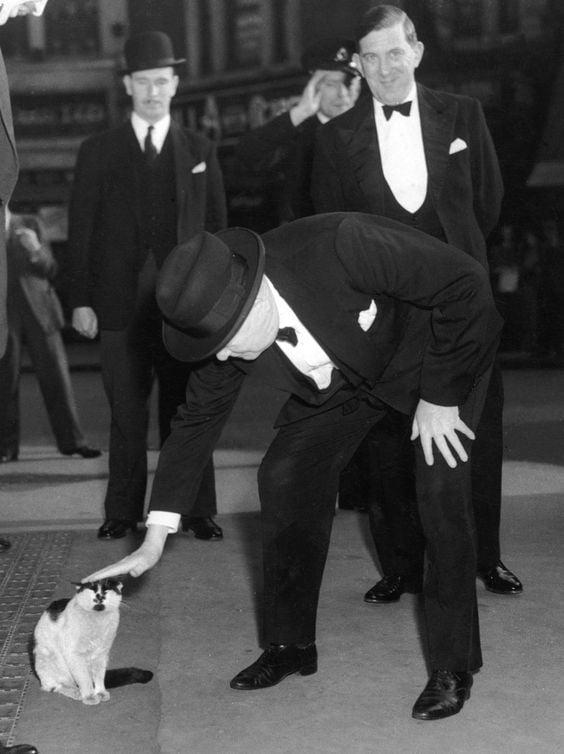 A chair next to him both at Churchill’s dining table and in the Cabinet Room was reserved for his favourite cat. The occupant of these chairs was usually a black cat from Admiralty House appropriately named Nelson.

From 1940, Nelson shared Churchill’s bed and he helped with the war effort, said Churchill, by acting as a hot water bottle and therefore saving fuel!

Other cats associated with this great man were Bob, a black-and-white cat who waited for the Prime Minister at the steps of No. 10 Downing Street and was usually rewarded with a friendly stroking (is this the cat in the photo above?).

Also there was Mr Cat (aka Mr Kat or Tango). He discussed political issues with Mr Cat. Further, there was an adopted stray cat called Margate and Jock, a Ginger tom given to him on his 88th birthday in 1962 by Sir John Colville.

Jock was mentioned in Churchill’s will. He was guaranteed a permanent “comfortable residence” in his country house for life.

Margate was a stray black kitten who appeared on the doorstep of No. 10 Downing Street on 10 October 1953. He was immediately adopted by Winston Churchill. He regarded black cats as good luck. Churchill had just successfully delivered an important speech at the town of Margate and named the kitten after the town. Within 10 days Margate had managed to progress his relationship with the Prime Minister to the point where he was allowed a place of honour on his new master’s bed.

He loved dogs too… 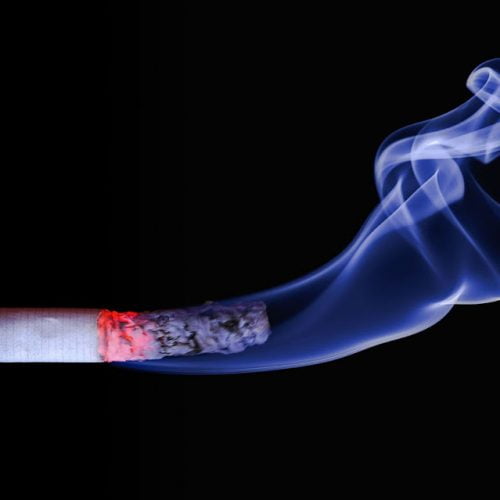 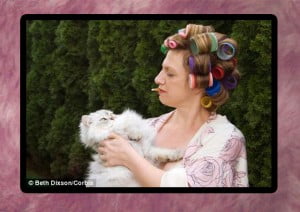 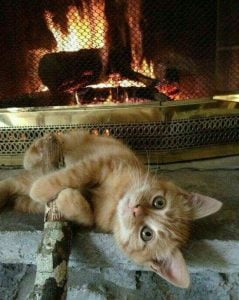 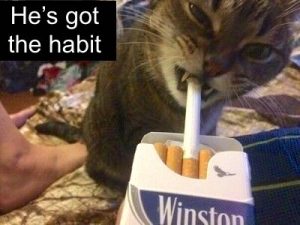