F2 Savannah cat. The camera angle gives the impression that this very large domestic cat was bigger than its true size. Photo: Kathrin Stucki (taken around 2009).

What is the world’s biggest cat? – people want to know. You’re about to find out. This page was written a long time ago and was seen hundreds of thousands of times. The information remains accurate. The page has been checked, brought forward and re-dated.

Hercules, at the time, the world’s largest cat, with Doc Antle

The videos are of a female F1 Savannah cat called MAGIC (Scarlett’s Magic) from the famous A1 Savannahs cattery. MAGIC’s father was a serval cat and her mother a Savannah cat. She is 16-month years old at the date of the video (Sept. 2009) and she is spayed. She is probably the World’s Biggest Cat (true domestic cat that is). See more Savannah cat videos.

If you’re thinking of the world’s biggest purebred cat, totally domestic cat (meaning no wild cat parents), the Maine Coon does it across the board. Fantastic cat. The Maine Coon is the largest breed registered by the Cat Fanciers Association. 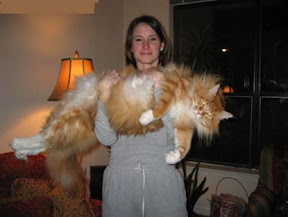 Above is ginger cat is a male Maine Coon/Siberian type (probably not purebred). This is a cat that is heavily featured on the internet – heavens knows why. Male Maine Coons can weigh as much as 25 lbs and this cat looks about that weight. Of course, you can’t ignore the F1 Savannah MAGIC. As I say you will probably find one of the largest domestic cats amongst the F1 Savannah cats. 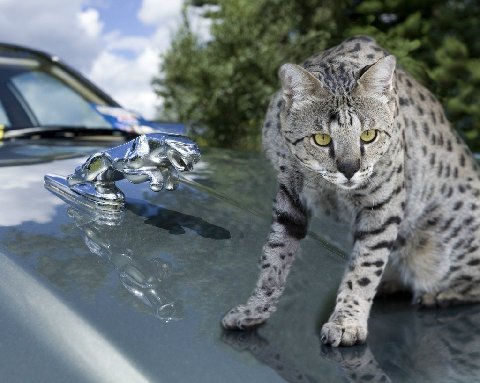