Introduction (Jan 10, 2022): Please read everything that follows in the light of this introduction. The information is now of historical interest. As at 2022, we have to refer to the York Chocolate cat in the past tense because it appears to have entirely fizzled out as a cat breed and is no longer in existence. Although, you will, today, still see non-purebred cats which look very similar to the York Chocolate. Perhaps this was a reason why this cat breed never took off. It was not distinct enough. It was too difficult to distinguish it from other breeds. That is certainly an issue when creating a new cat breed.

The breed was named after New York state where it was established in 1983. It was not recognised by the major cat associations such as the Cat Fanciers’ Association (CFA) and The International Cat Association (TICA), both of which are in North America and neither in the European Fédération Internationale Féline.

By 2016 no registry accepted or registered the breed and there were no breeder websites. In Italy it became quite well known but once again it appears to have faded away. The International York Chocolate Federation website is now archived. Please read on…

It seems that the York Chocolate cat is more popular and well established than I had thought and I am sorry for that initial wayward assessment. There are some ‘fringe breeds’ that are very much on the fringes but that is not the case with this breed.

The York Chocolate is an accidental cat. Immediately, the Ocicat (Accicat) and Burmilla (new window) come to mind as accidental cats. I am trying to think of others; there are others. This means that the starting point for the breed was neither planned nor deliberate and neither was it the result of a genetic mutation (e.g., the rex cats – LaPerm, for example). 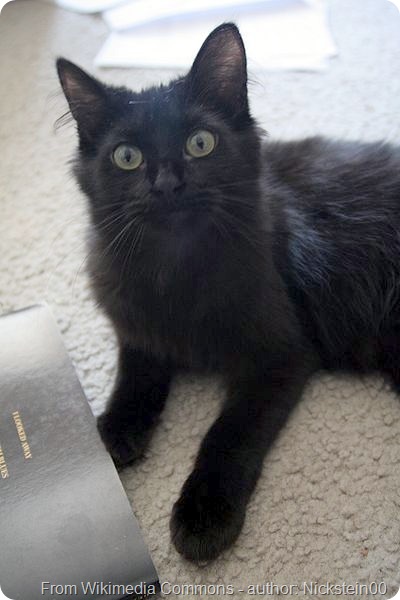 Above: an adult male York Chocolate cat. My thanks to Wikipedia® (specifically Wikimedia) for this picture. There are other pictures but at Sept. 2009, I don’t have permission to use them. If you have pictures, please upload using the form at the base of this page – thanks. 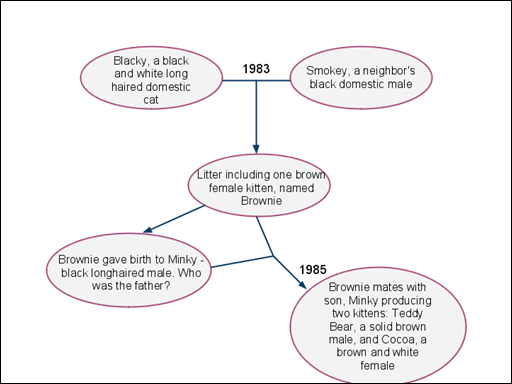 The breed standard of the York Chocolate cat is probably the best source of information on a purebred cat’s appearance. The immediate impression that one gets when reading the CFF breed standard is that this is a natural and well-balanced cat of moderate proportions and bravo for that. It is not an extreme cat, which is what we would expect judging from its origins. I am pleased personally because cats should look like cats.

I’ll base this section on the CFF standard taken, by the way, from the yorkchocolate.org website and not the CFF website, which (at Sept. 2009) has no breed profile for this breed. The comments are my views and probably not those of the CFF.:

I had difficulty here. I think there are no clubs but two breeders stand out, both in Italy. The first is Fairies Cattery (page opens in a new window – this is a one-page website and no links I am afraid) of Anna & Francesco Baldi. It would seem that they wrote the website: www.yorkchocolate.org (new window) or could it be Fulvio & Alice (below)?

I would also like to mention Lavender Perfume Cattery (new window) of Fulvio & Alice Bresciani.

There is also the International York Chocolate Federation — this link is broken April 2013. The website is in English and Italian. It would seem that Italian breeders have embraced the York Chocolate cat more than breeders in other countries…now where is that bar of chocolate.