A young man has been evicted from his 1,000 square-foot apartment in the seaside town of Gandia, Valencia, Spain, together with his 96 cats! It is reported that he took in two cats and he ended up with 96 after three years. It is possible on my reckoning for that to happen although of course he may have taken in some other cats over the intervening three years. Notwithstanding that, the situation became intolerable because he had 96 cats in a relatively small apartment. This can only lead to one conclusion: eviction, if the flat is rented. 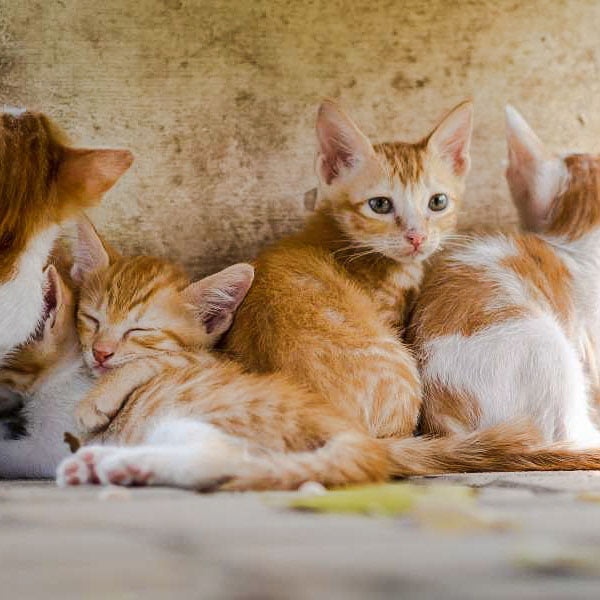 The question now is how to rehome the cats. An animal shelter in the same town, SPAMA Safor did not have enough space to rescue and rehome the cats as they were already housing some 200. Tormas, who works for the shelter, said that they had collected 48 of them last Friday and would collect the rest later yesterday with help from the owner.

As they say, the problem got badly out of hand. Someone should have helped him and/or he should have sought help much earlier on. The local authority apparently told the shelter about the problem but they’ve received no help from them. The cats are being dewormed and treated by other small animal charities in preparation for their rehoming. The news comes from the New Straits Times Press.

The chart above which I have deemed to be freely available on the internet shows how fast domestic cats can procreate if there are no deaths. There is a difference between a theoretical breeding rate and the actual rate because of deaths. The domestication of the cat has resulted in a possible tripling of the number of litters that the mother cat has together with an increase in litter size. If you go back to the wildcat ancestor you will find that the European wildcat has a single litter each year with an average of 2 to 4 kittens. Domestic cats may produce an average of 4 to 5 kittens in each of three annual litters.

On a straightforward unfettered calculation starting with a single breeding pair of domestic cats, they could produce a total of 65,536 cats in five years. Of course, this assumes that all of the cats survive and that females and males are born in equal numbers and that they all start breeding when they are one year of age. As I said, it is theoretical. The reality is slightly different and of course many kittens perish. There is a high mortality rate for kittens. The point made though is that what happened with this young man in a seaside resort in Spain can happen to anyone if you don’t sterilise your rescue cats.