FELIX THE CAT is an iconic cat cartoon and the first genuine animated film star. He was also a television star and featured in comic strips and comic books. His first cartoon was three minutes long. It was called Feline Follies. In the film, Felix didn’t do much. He was outsmarted by a little mouse. Felix became agitated.

Felix was created by the animator Otto Messmer. Messmer worked at the animation studio of Pat Sullivan. Pat Sullivan claimed credit for the character. Both of them agreed that Felix was inspired by Rudyard Kipling’s “The Cat That Walked by Himself“. The book was one of the Just So Stories (1902).

Felix’s first cartoon was part of the weekly Paramount Screen Magazine package. Pat Sullivan was asked to do the animation in place of animator John R. Bray who had previously provided the animated segment. He decided to go to the rival studio, Goldwyn.

Sullivan passed on the task to come up with a replacement character to Messmer. Mesmer turned out the new character in his spare time at home.

Surprisingly, Felix did not have a name until 1921 when Felix the Cat was released. The name “Felix” was decided upon by John King the producer of Paramount Screen Magazine. The name was taken from two words ‘feline’ and ‘felicity’. Is this the first use of the now, well-known name?

In 1922, Pat Sullivan took Felix from Paramount and he signed up with the distributor Margaret Winkler. She was instrumental, apparently, in the discovery of Walt Disney.

Felix starred in 150 silent cartoons from 1921 to 1928, at which time this popular cartoon character was overtaken by the popularity of characters such as Mickey Mouse. Pat Sullivan therefore failed to make the transition to sound for Felix.

In 1936 he made a short lived comeback in three color cartoons with sound, which were released by the Van Beuren Studios. Fortunately, Felix made a real return to stardom when he was rediscovered on the television. His triumphant return was first aired in 1960 and went on to 260 new, four-minute-long cartoons. They were produced by Joe Oriolo.

Jack Mercer did the voices for the television series. In addition, Felix gained fame as the first still image broadcast on television. This was when NBC inaugurated their experimental transmitter in New York in 1930.

In comic books, Felix starred in a series of comic strip reprints. These were published from 1927 to 1931 by McLoughlin Brothers. He got his own Dell magazine in 1943. The publishers then became Toby Press and then Harvey Comics and then Dell again. In all, 118 issues were published through to 1965. Eternity comics issued a Felix one shot in 3-D in 1989. Harvey Comics published seven issues of Felix’s Nephews Inky & Dinky from 1957 to 1958. In 1989 a new feature length cartoon based on Felix’s adventures was filmed.

Messmer did more with Felix than any other animator had done with a cartoon character up until that time. He gave Felix personality with little behaviors such as a wink or twist of the tale. Felix developed into a brooding, loaner of a black cat who was also fun-loving. When he was faced with a problem he’d walk with his forepaws behind his back and his head bent forward, deep in thought.

As happens with many cartoon characters, consistency is missing; an example is that his domestic arrangements are unclear. So, for example, sometimes he is living with a human family but many times he’s living alone. In Why and Other Whys (1927) he is married to a white cat whose name is Mrs cat. In Flim Flam Films also of 1927 he has children who he takes to the movies and, unsurprisingly, the movies are his.

Felix always has troubles and responsibilities. It seems that many revolve around trying to get a good meal. Among these films are Felix Gets the Can (1924), and Felix Dines and Pines (1927), and the splendid Felix Revolts (1924) or is it Felix the Cat Ducks his Duty?. In this film he leads the town cats on a cat strike. He refuses to catch mice until the cats are allowed into kitchens and trash cans (see video below).

He worked as a baseball bat boy in Felix Saves the Day, 1922. He has struggled to get to Southern California in Felix in Hollywood, also of 1922. He achieves his objective (in getting to California) by using chewing gum to ruin the shoes of people to then get a kickback from the shoemaker.

He has saved Ms Muffet from a spider and helps the Old Lady in a Shoe find a new home in the film Felix in Fairyland (1923). He’s dealt with barnyard animals in Felix the Cat on the Farm, 1925. In Sure-Locked Homes, of 1927, he faced ghosts which turned out to be shadows cast by a baby with a light.

Felix had many bizarre adventures. At one time he tried to reclaim his pelt from a man who had bought it from a tailor. This was in the film Felix Trifles with Time, 1925. Felix blacks himself up with shoe polish when his animator failed to do it in Comicalities, 1928. The first film in which Felix uses his own cartoonist skills was to draw himself a female cat companion. His new companion rejected him so Felix tears up his drawing.

Felix also has the power to use his ears (which are detachable) as scissors. He can also use his tail as anything, almost, such as a clarinet, umbrella or a baseball cat and even a telescope.

In the 1928 film Oceanantics, he stares at a closed grocery store, pondering how to get in. He notices a door across the street. His tail stretches out to it and using his tail he removes the door and then places it in the wall of the shop. He then walks through the door entering the shop. He ingeniously interacts with his own cartoon by, for example, grabbing the ? or the ! which appear above his head and using them within the cartoon as a hook or a sword to enable him to get out of trouble. On one occasion he uses the figure 8 as a par of glasses and on another occasion he blows musical notes which are used to fuel a furnace.

When he returned from retirement after 32 years his adventures had changed greatly. After all, the world had changed after 32 years so when he became a star on television he was rarely moody. He carried a bag of tricks from which he could pull out almost anything. He dealt with the evil Professor and his bulldog assistant Rock Bottom. They try to steal his bag but rarely pose a threat. Other foes that Felix faced on his television series included the Abominable Snowman, Martin the Martian, General Clang, the Leprechaun, Red Beard the Pirate, the Sea Monster and others.

His regular co-star was Poindexter, the Professor’s benign egghead nephew. It is argued that although these cartoons were fun, his bag of tricks precluded him from having to resort to his previous clever and desperate tactics which made him such a star on the silent screen.

Source: The Illustrated Encyclopedia of Cartoon Animals by Jeff Rovin – an excellent book. 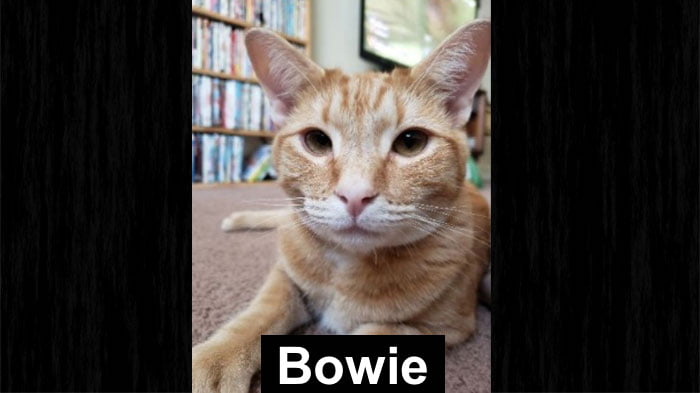 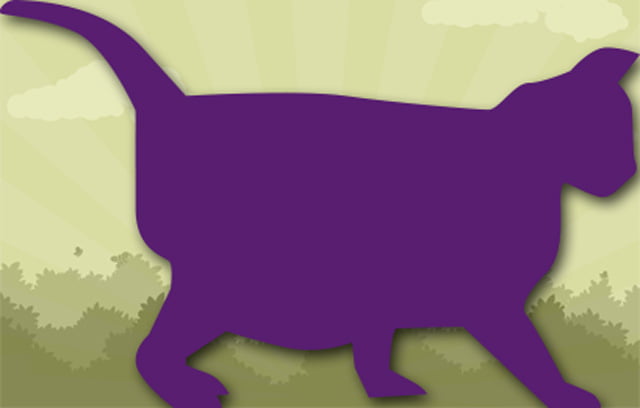 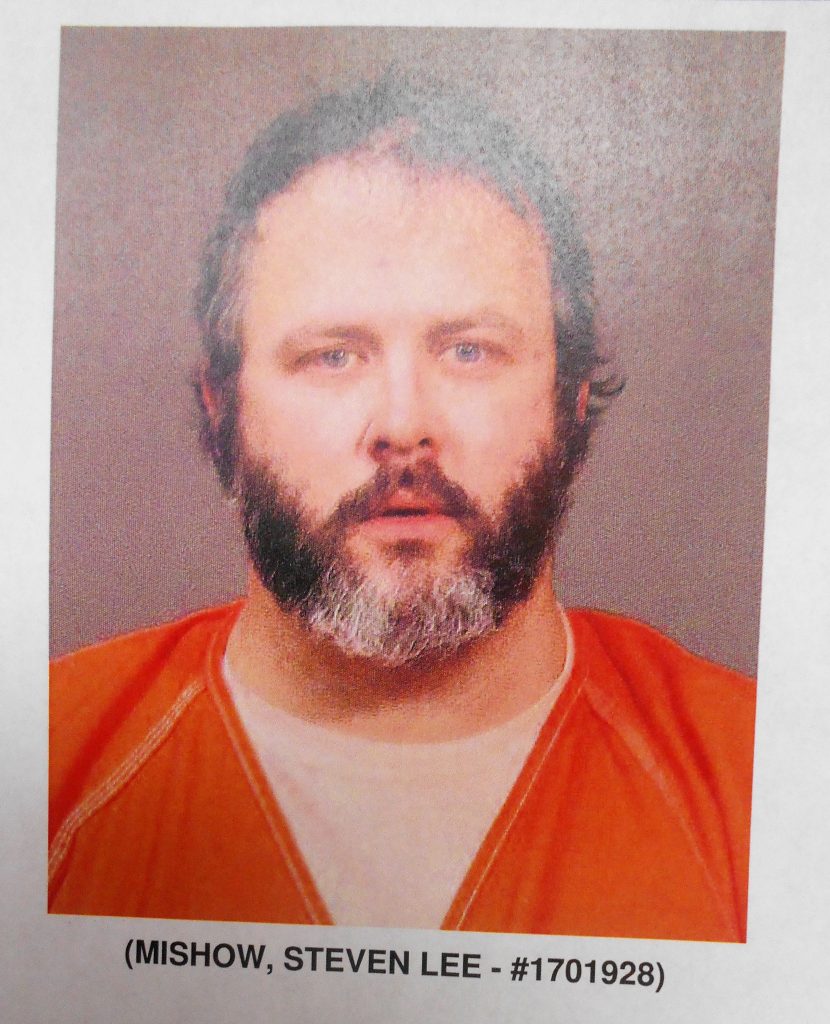 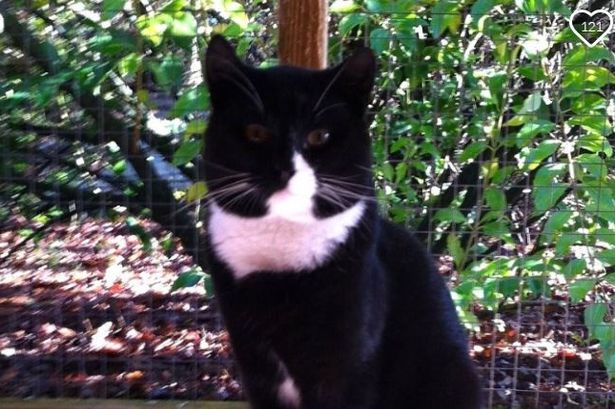