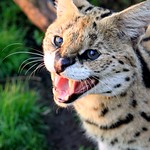 The serval is a spotted species of wild cat. The picture and video on this page shows you what this cat looks like, where it lives and how it hunts. The word “species” means a type of wild cat that is different to other wild cats. There are 36 wild cat species altogether.

The serval is a medium sized wild cat weighing around 15 to 40 pounds (7-18 kilograms). There will be some cats that weigh more than that. The serval lives in parts of Africa. You can see which parts on the map on this page. Africa is a continent that is made up of many countries. The serval is found in many of the African countries. 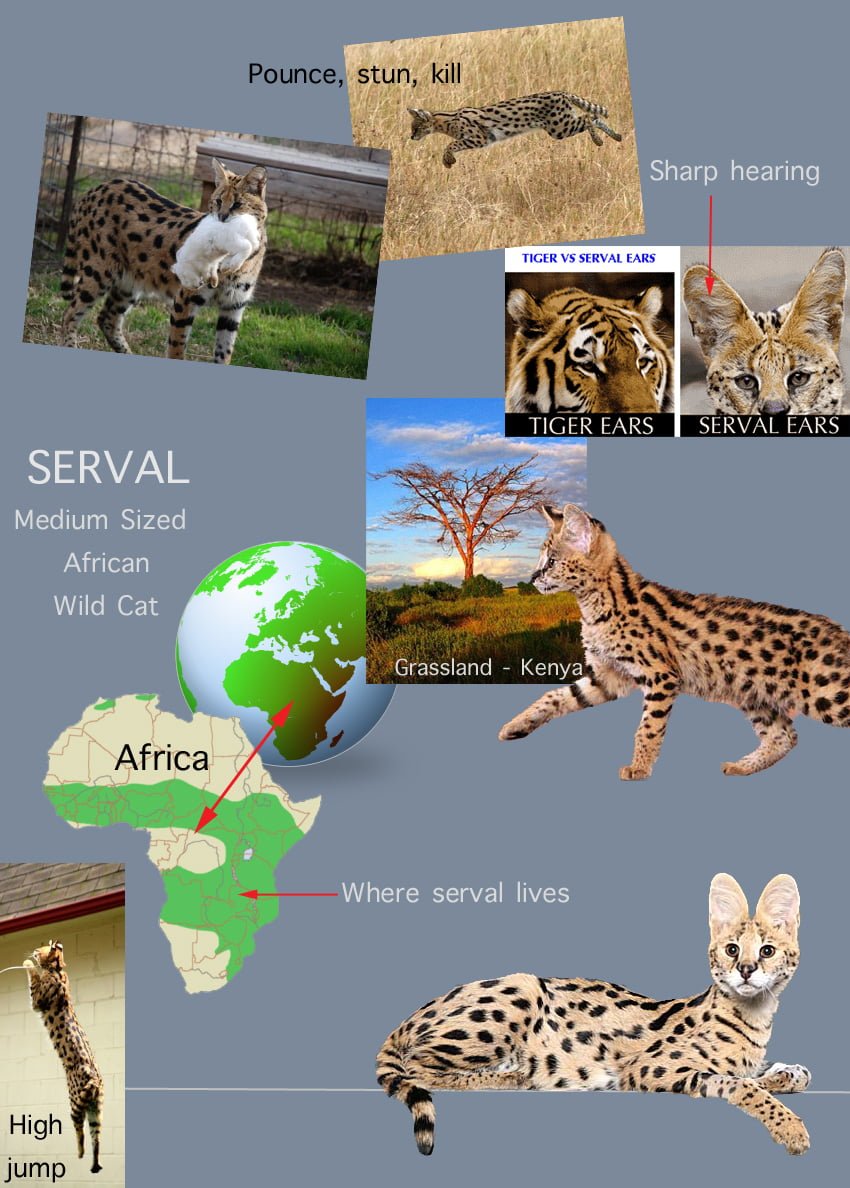 An interesting fact about the serval is that it has the longest legs in relation to body size of all the wild cats. That means when the legs are compared to the overall size of the cat, they are the longest. The serval is a very slender looking cat. Not only are its legs very long it has very large ears. Large ears allows the serval to hear very well which it needs to do to hear rodents in long grass. Often the serval will locate (find) the animals it wants to kill through its hearing.

The serval likes to live in all types of grassland. It also likes to live near water. This is because there are more animals there for it to catch, kill and eat. The animals that the serval hunts are “prey”. Hunting for animals and killing them is called “predation”.

With its long legs it can run fast at a top speed of 50 miles per hour and pounce from high up on small animals that it wants to catch. The serval can jump very high. It is famous for this. It can jump 2 to 3 meters (up to about 10 feet) into the air to catch a bird while the bird is taking off. Another wild cat that can do this is the caracal.

Another interesting thing about the serval is that it can be tamed and learn to live with people. A lot of people in America like to have a serval as a pet cat. It is important to know that a serval will never be like a domestic cat even if it is tame. They keep their wild character and ways.

This is a video of a tame serval: