Some people want to know whether Kurt Cobain liked cats. Well, the answer is that he did like cats. It seems to me that he liked them a lot. We are told that he was an avid animal lover and had considered opening a petting zoo. He preferred cats over dogs because, apparently, he thought that cats don’t care about anything that they don’t find worth their time (vintag.es). I can’t verify this but the photographs of him with cats definitely support the story that he liked animals.

The photographs are all a bit blurred and lacking in quality for various reasons but they are charming nonetheless. They are all published here under fair use (educational purposes). 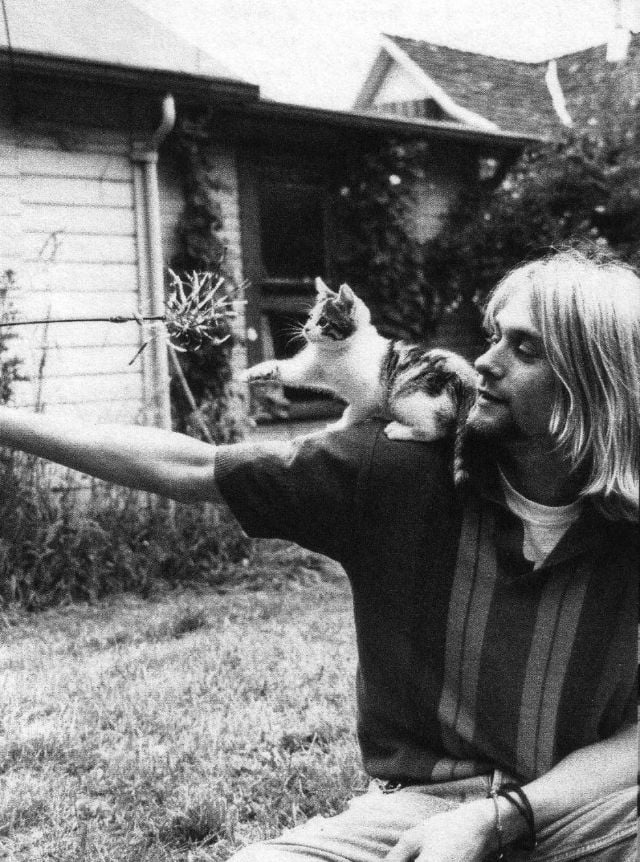 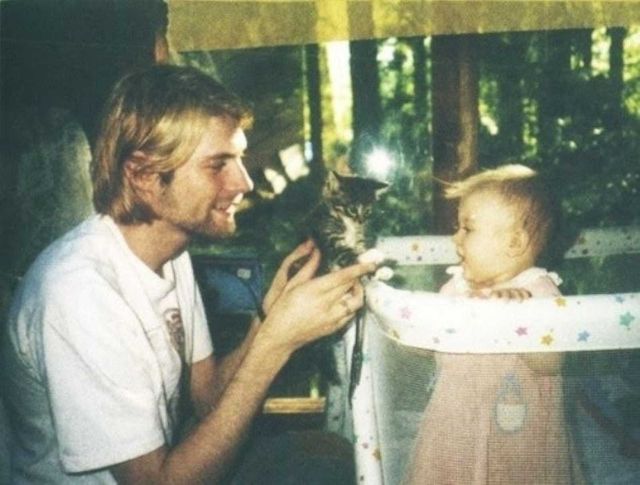 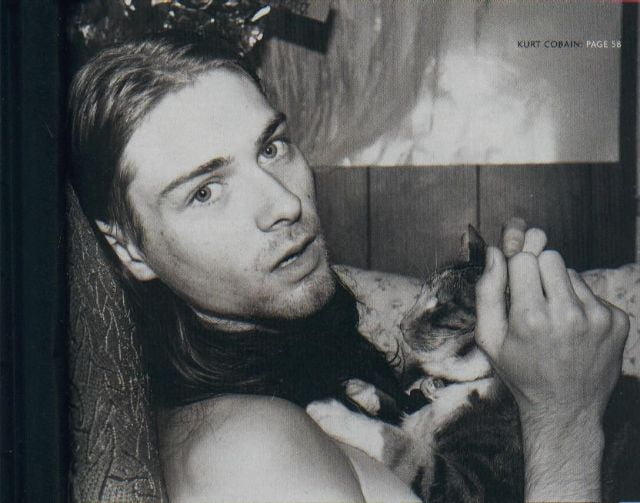 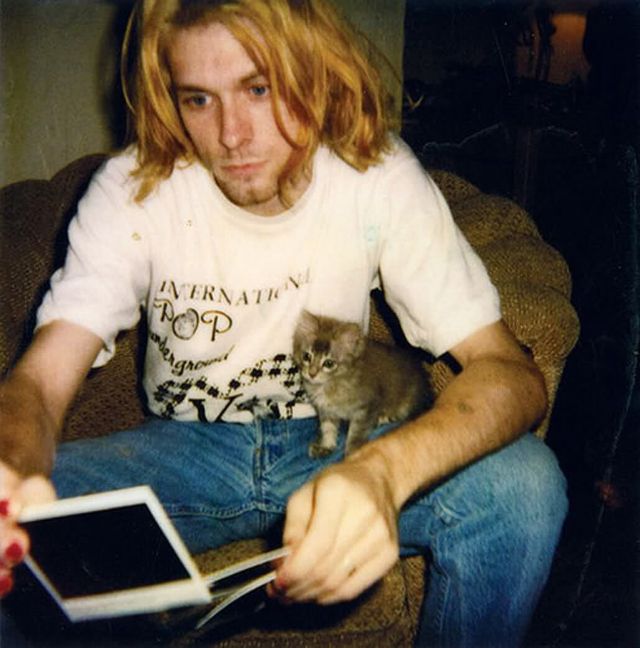 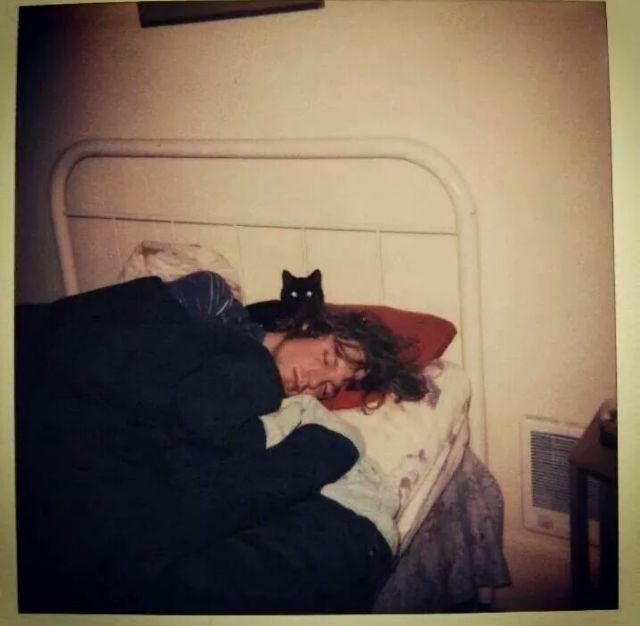 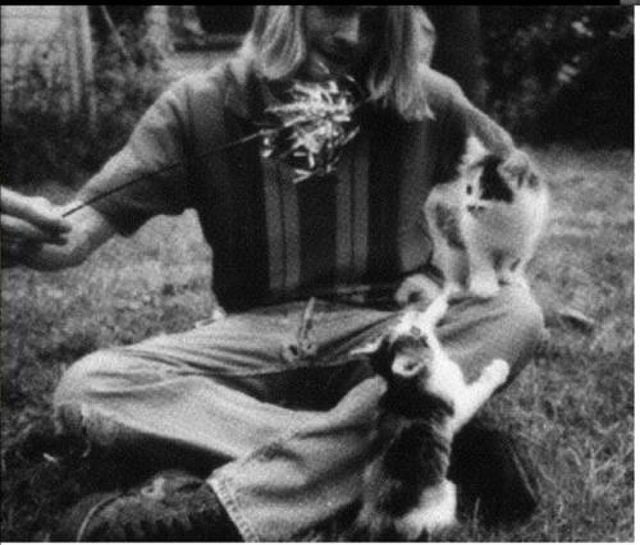 In one he is seen with a tabby-and-white cat and a child. In another photograph there is another very young cat on his leg. This is also a tabby cat. In the third photograph he is seen sleeping with a black cat resting on or near his head. And in a fourth photograph he has an adult tabby cat with a collar on his chest looking up at him while he pets him/her.

As Cobain was a heavy drug user, and I believe a heroin addict, it has to be said that despite his love of cats he could not have been an ideal cat guardian. This is because of his addiction and his general lifestyle which would include being away for probably substantial periods of time.

For me, Kurt Cobain is famous for his suicide. That is probably not a good reason to remember him but that is the way it is with me and this famous rock star. For people who don’t know him, he was an American singer, songwriter and musician and the guitarist and front man of the rock band Nirvana.

He died on April 5, 1994 aged 27 in Seattle, Washington, US. He had released himself from a drug treatment clinic and found his way to his Lake Washington Boulevard home. At the time his friends and wife (Courtney Love) were unaware of his whereabouts. 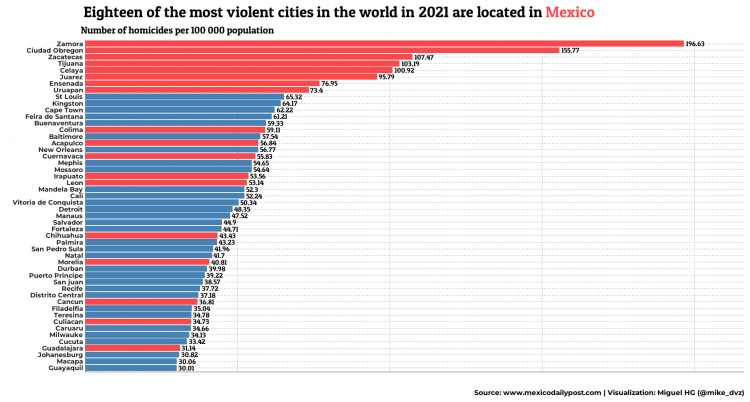 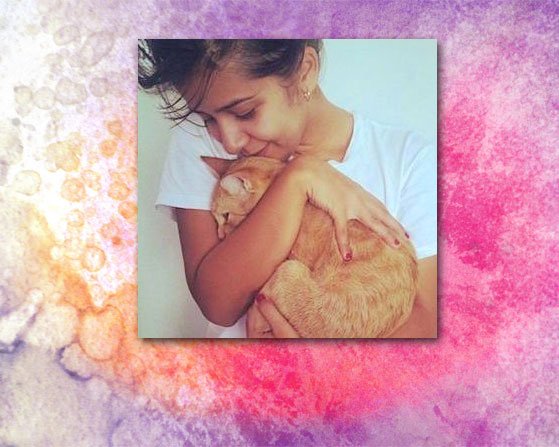 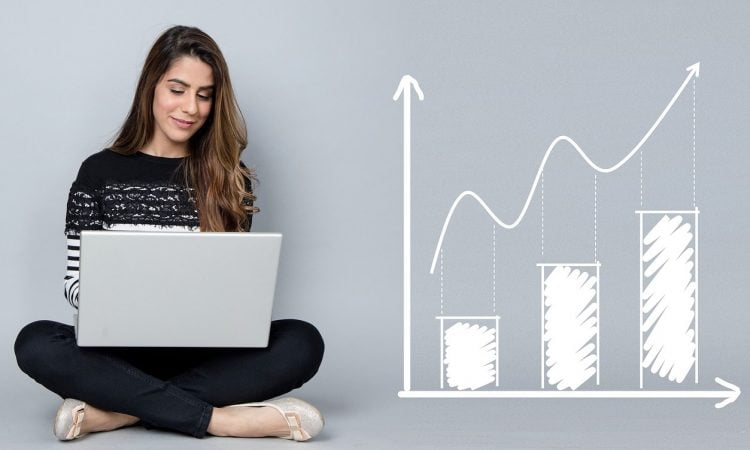 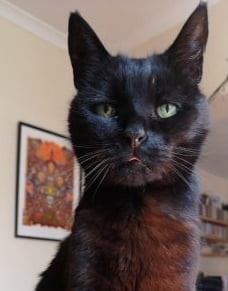 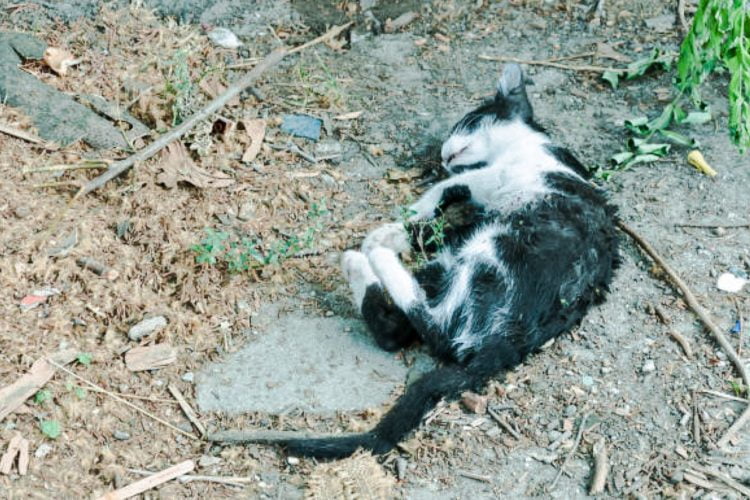 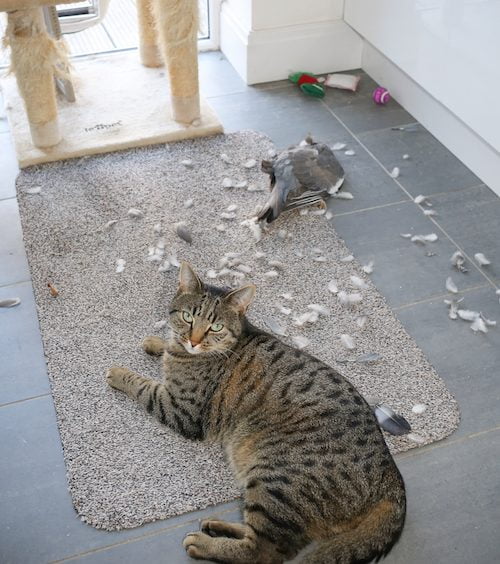 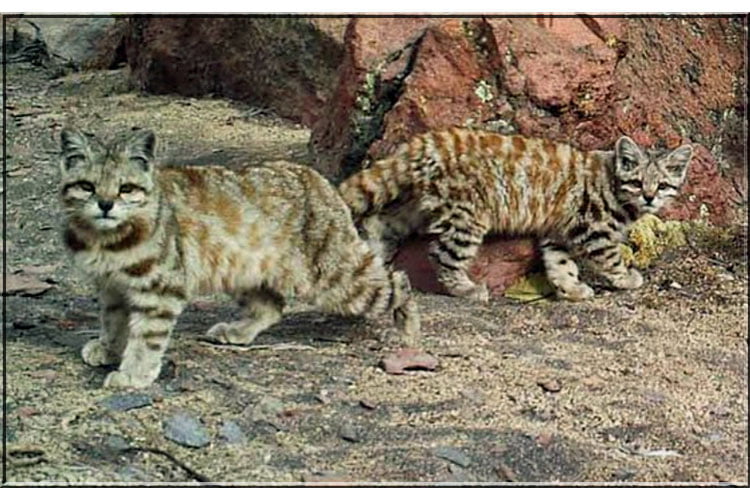 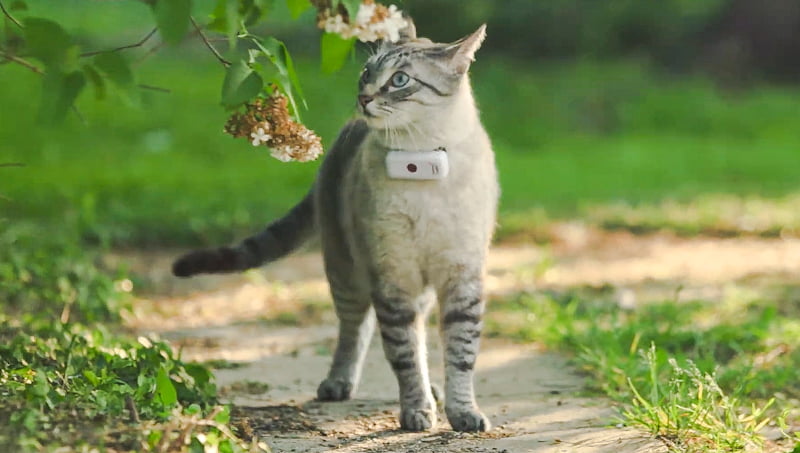