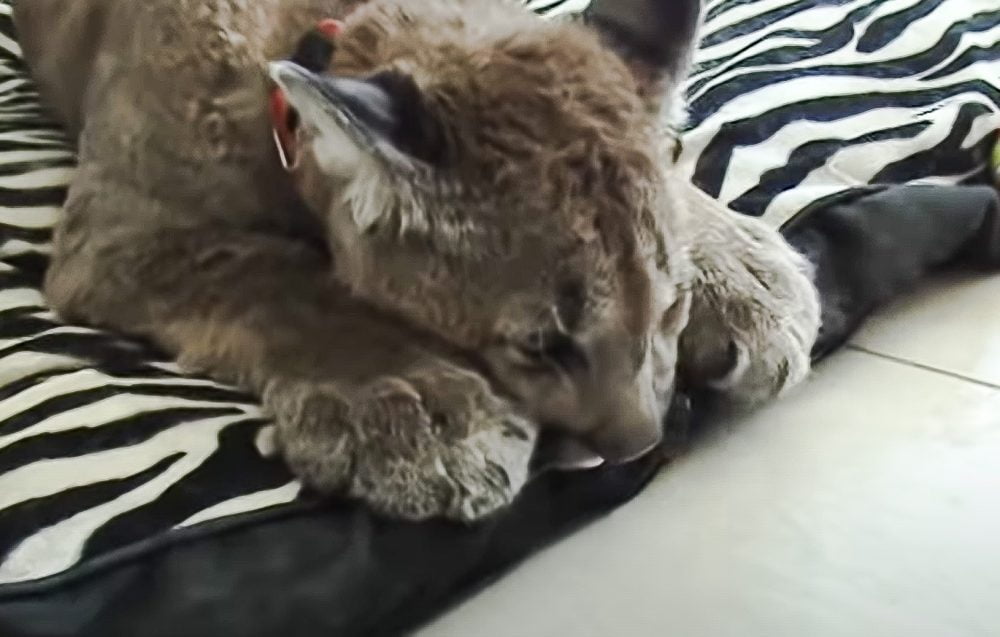 Puma kneading. This is a domesticated puma behaving as a domestic cat including kneading and sucking. Looks like permanent kittenhood due to the domestication process. Screenshot.

This is a carryover from when kittens encourage the flow of milk from their mother’s breast. The kitten clamps onto to ‘their’ nipple, kneads and drinks.

In the cat-to-human relationship the human is a surrogate mother. The adult cat remains a kitten mentally in this relationship and so they fictionally suckle at their mother’s breast when on their owner’s knee and knead.

Wild cat offspring are the same as domestic cat offspring. All cats are in the same taxonomical family. They all have the same characteristics and anatomy with slight variations.

The domestic cat only becomes domesticated when socialised to humans and other pets during their first 7 weeks of life. If they miss this, they are feral. Essentially feral cats are wild cats. There is quite a short step between the wild raw cat beneath the socialised and acclimatised domestic cat which supports the argument that in terms of raw behaviour the domestic and wild cats are the same.

The video shows a cougar kneading. There is a video of a male lion kneading grass. It looks genuine. To me it seems that captive wild cats can also be reduced to kitten behaviour by their human caregivers.

The puma in the video is domesticated and living in someone’s home. They are kneading and sucking. The behaviour is typical of a domestic cat. It would appear likely that this cat was weaned too early which would not surprise me as he/she probably became a pet when very young. This is why he is domesticated. Early weaning can lead to sucking on objects when adult as if the cat is still sucking on their mother’s breast. It is a comforting activity. Sometimes kittens such their thumbs just like babies. This puma temporarily behaves as a kitten which is exactly as adult domestic cats behave when kneading.

P.S. Wild cats living in the wild knead when newborns at their mother’s breast. But they won’t normally knead when adults. It is the captive wild cats will fall into their behavior, I believe, because of their relationship with humans.

SOME MORE ON KNEADING 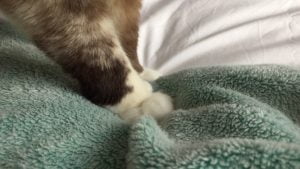 Why do cats stretch their paws when you pet them?

This is not stretching paws. What the question is referring to is cats extending their toes and then contracting them ...
Read More 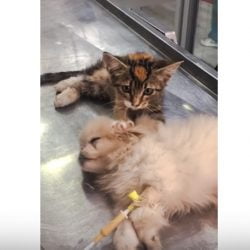 The question here is what is happening? Some people might say that the kitten is comforting the puppy who is ...
Read More 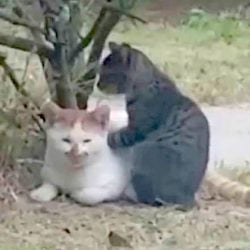 This looks like a cat massaging her best buddy, another cat

They call is cat massage but we know it is one cat kneading another. They are very close friends living ...
Read More