The Kodkod range (distribution) is shown on the map below in blue. The kodkod (Leopardus guigna) is a small wild cat which you can read about and see on this page: Kodkod. The map can be moved around in the window and you can zoom in and out. The original Google map can be found here: Kodkod Range 2009 (opens in new window). Note: this map was created in 2009. I have subsequently updated this page by publishing the distribution map for the kodkod from the Red List website as at 2022. These are the people who should know best and their map should be as current as it can be. That does not mean that it is entirely up to date because pretty well nothing to do with conservation is up to date. The Read This map is published immediately below. 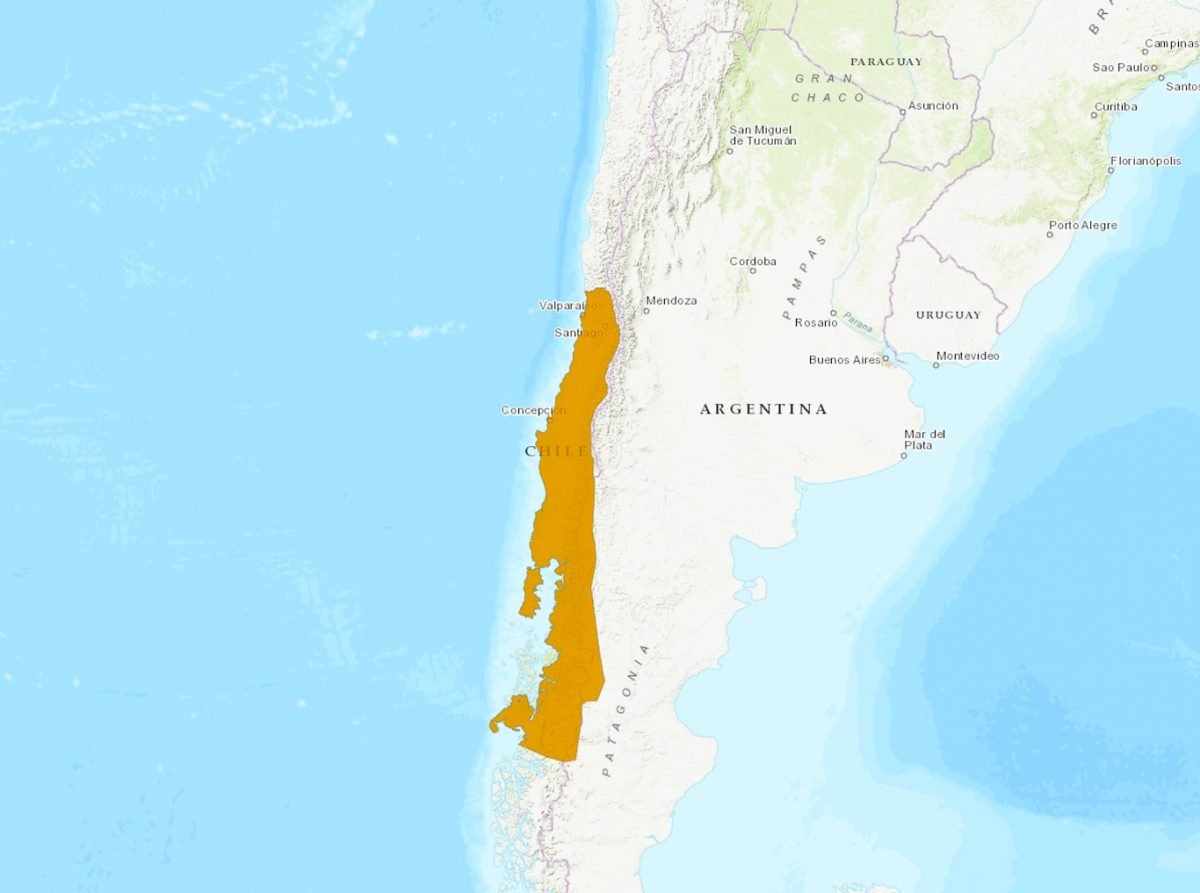 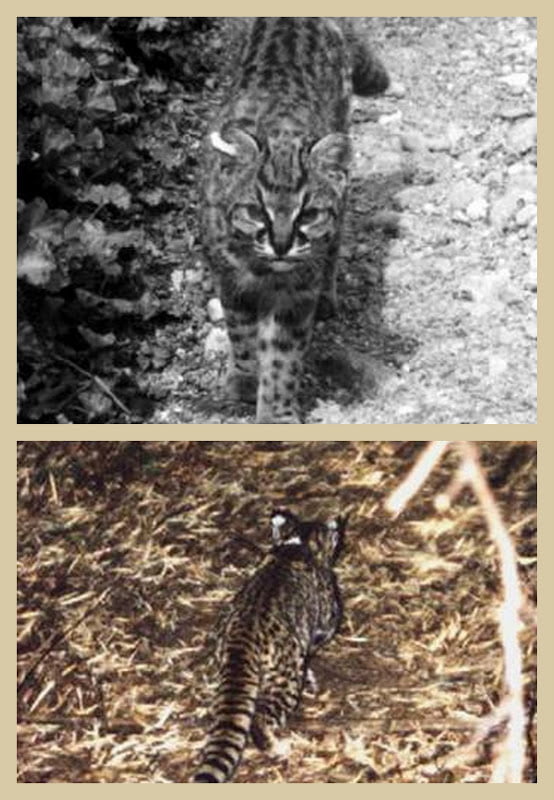 The intention with the Google map below and the other wild cat maps on this site is for visitors who know better to refine them by going to the original Google map and editing it. In short, the maps are open collaboration maps made by me, Michael at Pictures-of-Cats.org, but meant to be for the world and for the benefit of the wild cats. Note: I was too optimistic 😎. Over the 13 years that this map has been on the Internet, nobody has updated it! Perhaps I should have known better but I was hoping that somebody might have seen a kodkod at a location outside of the boundaries of this map and therefore was able to amend it. That never occurred. 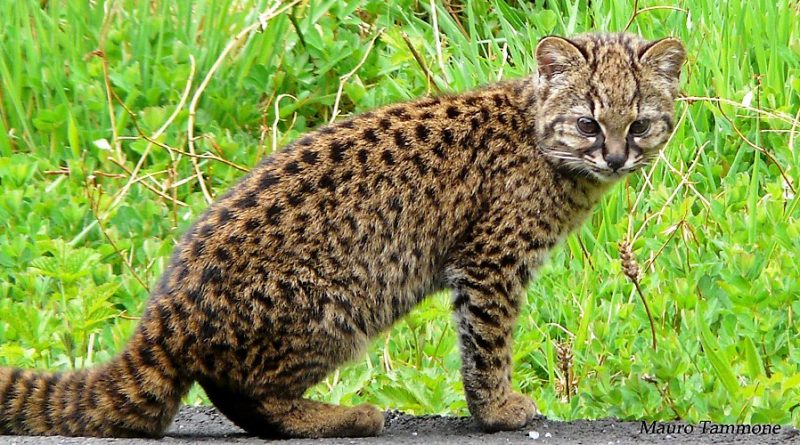 Wild cat distributions can be difficult to assess even if the best information is available because information can sometimes be scarce or out of date. This map, as is the case with the others, is a facsimile of the IUCN Red List of Threatened Species™ map, which was current at summer 2009 the date it was created. You can see a change between this map and the one above which reflects the difference over 12 years. In fact, on my interpretation of the map it seems that the distribution of this small cat has extended over that time. If that is true it may be because conservationists have been able to make a more accurate assessment and not because the population has increased.

The map below based on information as at 2009. The map above near the top of the page is more current.

The Kodkod range in words

The distribution is very limited in comparison to say the Puma, confined as it is to areas of Argentina and Chile. In Chile the kodkod occupies the central and southern regions. The more central habitat being cut off from the rest. Kodkods live in forest habitats (see map – the flags open up if you click on them – for some examples).

In part of their range, they live in moist temperate and mixed forests in the southern Andes mountains. The maximum height above sea level preferred by this cat is about 2,000 feet. They are adaptable, it seems, and are found in secondary forests, primary forests, shrub near settlements and on agricultural land (Chiloe Island – see photo embedded in map). Habitat ranges are usefully extended by corridors between one range and another. This is important for the long-term survival of this wildcat by avoiding fragmentation of habitats that isolate small groups of cats.

Sources: Wild Cats Of The World and IUCN Red List.

Below are some more pages on the kodkod which may interest you.

Picture of melanistic kodkod which are not uncommon

Well, I have learned that melanistic kodkods are not uncommon. However, I guess that the kodkod itself is uncommon! This ...
Read More 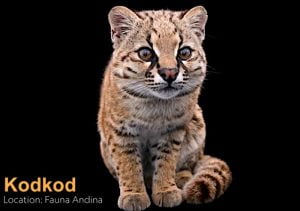 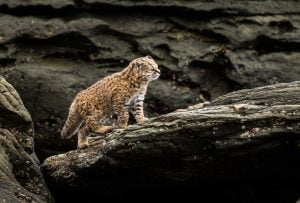 Overview: The kodkod is, with the oncilla, the smallest wild cat in the Western Hemisphere and smaller than the average ...
Read More 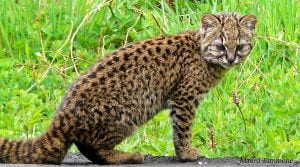 What does the kodkod eat?

The diminutive kodkod, which is the size of a tiny domestic cat, eats free-range young chickens when they are available ...
Read More

Is the kodkod nocturnal?

No, the kodkod is not nocturnal. Under observation they were as likely to be as active during the day as ...
Read More