“The domestic cat is a contradiction” is the first sentence in the best book on cat behaviour written by Dr Desmond Morris (CATWATCHING). It was Morris who first thought through cat behavior and saw the double life of domestic cats. It is a book which you can always return to, to remind yourself what is at the heart of the domestic cat’s relationship with humans. Anybody studying domestic cat behavior should buy this book because it allows you to formulate your own answers as it provides a foundation on the subject. And it’s the first sentence which sums it up. 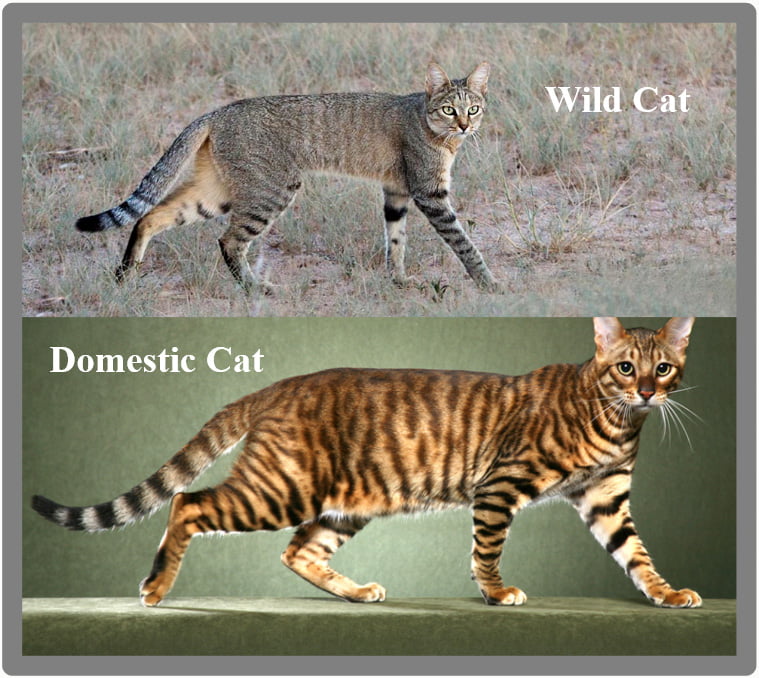 There is another very well-known sentence written by Rudyard Kipling, “The Cat That Walked by Himself”. It is the title of one of his stories. It hints at the independence of the domestic cat. Once he leaves the home to go wandering he becomes wild and independent again, walking by himself before returning for a bowl of cat food and a cuddle in the kitchen.

It is the double life of the domestic cat. At home, living with her human companion, she is a kitten despite being an adult, welcoming her owner when he returns from work, demanding dinner with a meow and sitting on her owner’s lap for hours if permitted, feeling the warmth and contact which is so important to the domestic cat; the feeling of security and friendship.

When she goes through the cat flap to the garden and beyond, if allowed to roam freely, she transmogrifies herself into a free-living wild animal highly attuned to movement and sound, constantly turned on to hunt at the first opportunity having totally forgotten about that warm lap she was snoozing on ten minutes earlier. Without compunction she’ll kill and think nothing of it. It’s like throwing a switch from tame to wild. There’s the contradiction: the cuddly companion becomes a top predator in a matter of seconds.

Desmond Morris describes a “schizoid moment” when the domestic cat is involved with “sex and violence” outside but turns to see his human companion watching and then trots over to rub his body against her leg in a state of adoring kitten-hood. The cat is “bi-mental” in the brilliant words of Dr Desmond Morris.

He also says that the cat is mentally “both feline and human”. As an adult the cat’s responses are feline but he or she treats her human companion as “pseudo-parents”. The human takes over from the cat’s real cat mother during that very important and sensitive stage of the kitten’s development, the first 7 weeks.

Dr Bradshaw, the author of Cat Sense, says that the domestic cat is barely domesticated compared with the domestic dog. This accounts for the switch between wild and tame. The wild is just below the surface.

This contradiction can lead people into believing that the domestic cat is antisocial. Often times I have read the words of people who don’t like cats when they write that cats are sneering at them or do as they please; a take it or leave it mentality with a disrespect and disregard for the human carer. This is incorrect. The housecat’s personality is split between independent adult wandering in the garden and the dependent kitten. They move between these two mentalities frequently and fluidly which is one reason why they have this air of mystery and it’s why enlightened people understand and love them.