Evil Cheshire cat – what is that? To an outsider it seems to mean the Cheshire cat, a fictional cat in Lewis Carroll’s Alice’s Adventures in Wonderland. The name Cheshire cat was not, it seems, his creation, by the way.

But the evil Cheshire cat in this instance refers to a character in a podcast called “The Awful Show” in the United States. It is a comedy talk show that takes an irreverent looks at weekly events focusing it seems on pop culture, sex talk and strange relationships. These are the sort of things that one can be irreverent about. What is a podcast?….

A podcast is a series of digital media files (either audio or video) that are released episodically and downloaded through web syndication1.

Does that help!? Radio shows are sometimes translated into podcasts. A podcast is in the form of a file that can be downloaded from the internet that can then be played on the computer of the person who downloaded it using an application such as Windows Media Player. The podcasts can be downloaded from the Awful Show website and feeds can be set up (notification of new podcasts). (link broken) This page has Awful Snacks – Episode 102d on it from The Awful Girls.

The Awful Show is presented by Tha Mike, Nerraux, Keyz and Joel and others. 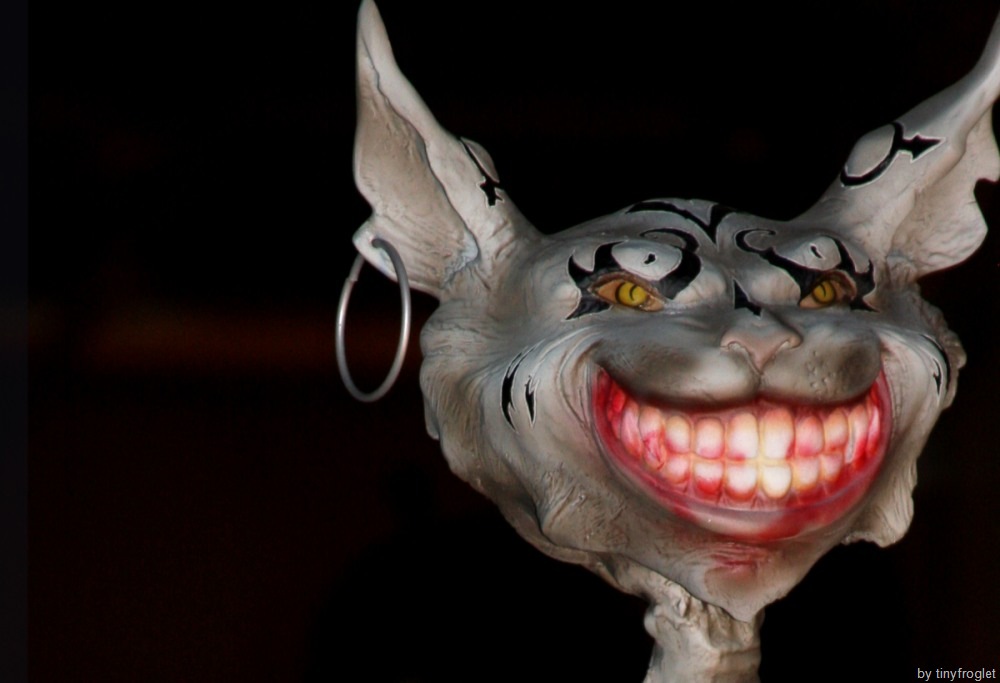 The above image of for use as Cheshire Cat Wallpaper
It represents and Cheshire cat that is evil. – Photo by tinyfroglet

I suppose, in line with the type of show that it is, she is evil!. She is apparently very politically incorrect and some might find her plain horrible as she “giggles at “mental retardation” and at people who set others on fire – weird and it seems a bit of a reflection on modern society.

The Evil Cat is also a nerd (I am surprised to hear that) liking (or indulging) in science and video games.

She is not anything like the original Cheshire cat. The reason why I am doing a page on this (short because there is not much to say really) is because quite a lot of people search for this character and she is based on a cat. I must say it took a while to figure out what the hell it was all about. And I still might have some things wrong!

This is an Awful Show Preview video:

This is very young disrespectful USA. It is not for refined English people!