Fisher cat sounds are scary sounds. Perhaps the better description is harrowing sounds. They sound a bit like a person screaming when the victim of a violent attack. For people interested in cats I would guess that you realize that the fisher cat is not a cat! It is not part of the cat family.

These audio files should play on PCs (Windows) and Macs (OS): 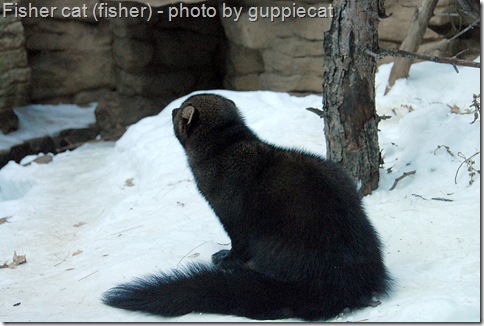 The scientific name for the fisher cat is: Martes pennanti. Common names for it are: fisher, pequam, pekan and wejack1. “Fisher” is the most common it seems2.

The fisher cat is closely related to the American marten (Martes americana)3. The chart below shows the scientific classifications of the fisher cat and the fishing cat so that you can see the difference in terms of species classification:

The fisher is a general predator and does not specialize in catching and eating fish (seldom eats fish4) as is the case for the fishing cat. There are stories of it preying on domestic animals5, which might include cats (they are said to like house cats6). They can climb despite being a terrestrial animal (it lives mainly on the ground)7. They are said to be noctural and ferocious8.

Just below are links to two examples of these disconcerting sounds taken from YouTube videos (which I am taking as in the public domain). Clicking on these links using a PC (windows operating system) will usually lead to Windows Media Player opening. The following window should come up (an alternative is that the audio file downloads to your computer. You play it there using software on your computer. Note: these are the same sounds as played at the top of page with the audio player but you can download them to your computer. 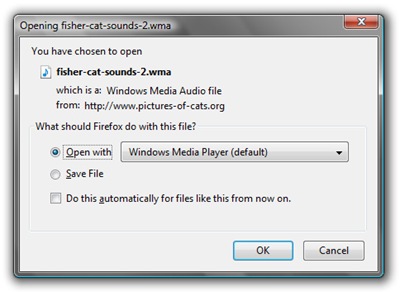 You can then play the sound by clicking on the OK button. This starts your Windows Media Player application.

Where do you find the fisher cat?

This map shows you: 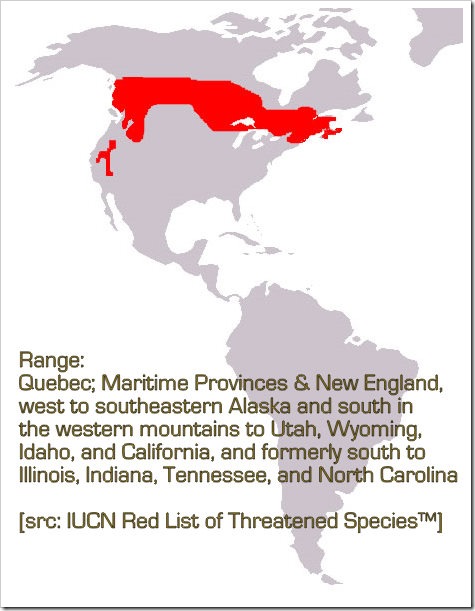 What do the sounds mean?

The sound is loud, which implies that it is intended to travel over a long distance. There is no reference to the sound or reasons for the sound on major sites about species. It is almost cert ainly a mating call and/or a territorial call. Apparently people have seen the fisher scream before and after a kill9.