Update May 2017: this page was written in 2009. It was written over a period of about 2 to 3 months with continual small updates. It now has an historical, archival value because it discusses the purchase of the plot of land on which Tiger Woods built his home where he now lives. I also discussed the breakup of his marriage and his infidelity. His ex. lives not too far away I believe and he is heavily involved in his children’s upbringing. His is now best friends with his ex. wife. NOTE: this site is NOT dangerous as the Chrome browser states. That is there because there was map on the page created by software that was hacked. The map has been removed. The danger sign may also disappear over time. I am working on it.

Jupiter Island Beach - this gives a feel for the area where he is meant to be moving to. Photo by drexelpike

People want to know about the Tiger Woods house. It is understandable that they want to know. The house people are talking about is the one he is having built on South Beach Road, Jupiter Island, Florida. He owns several, however. Of course he would very much like to keep it absolutely private for security and privacy reasons.

It is claimed that Tiger Woods lives in the Orlando, Florida community of Isleworth (src: Snopes.com). This appeared to be incorrect to me but it is correct as at Nov. 2009 - see below. The Orlando area is where the great retired golfer Arnold Palmer lives. At the base of the page, I have embedded a map of the Orlando area and of the area where the Tiger Woods House is meant to be. Isleworth is west of Orlando and is a suburb (on the face of it) of Palm Harbour west of Tampa. This area is not exclusive enough for Tiger Woods. Or am I wrong?

A comment that was made by an anonymous person on the 1st May 2009 says this:

Your info about Tiger is incorrect. He does live right here in Orlando in the Isleworth community. Its about 2 miles from my house. I see him quite often as my wife and his wife use the same hair dresser. He does have a place in Jupiter beach and will make that his primary home in a couple of years.

At Nov. 09 he is still living in Isleworth as he has been in the news in the wrong kind of way. I guess that the new house on Jupiter Island is still being built. His home in Isleworth is worth about $2.5m apparently. A kind of temporary residence while the main one is being built (will it now? - Dec 2009). It is said to be in Windermere area of Isleworth. In fact he has two house there. The other house is now occupied by his wife who moved out of the matrimonial home due to his marital infidelity with, is it 9 women (?) and counting Dec.2009.

Note: Please respect the privacy of Mr and Mrs Tiger Woods and children. People do want to know and he is in the public eye but he and his family deserves and has the right to privacy when at or near home. Mr Woods likes his privacy. Update Dec. 2009 Tiger has forfeit his right to privacy in having affairs and in building his reputation on being squeaky clean when he is very grubby indeed. 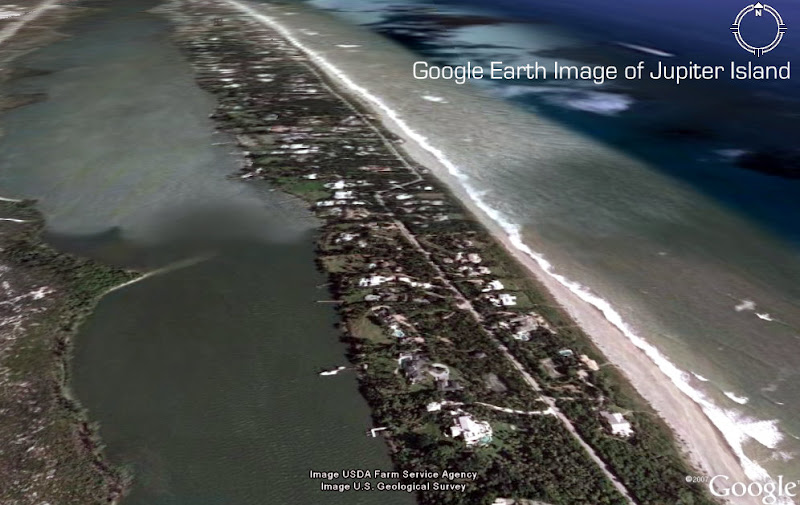 Above:Jupiter Island – Below: Part of the Windermere region on the Isleworth Community: 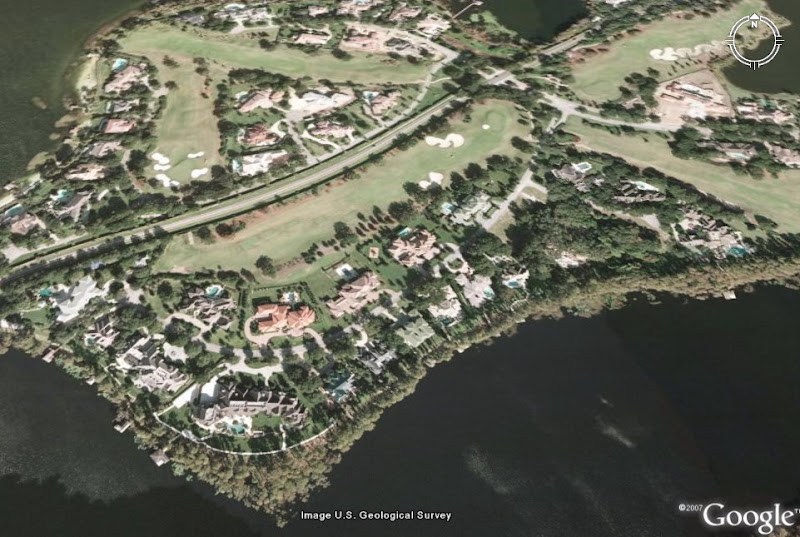 Please read on. Before I discuss further the Tiger Woods house, I need to justify why I am discussing all this on a site about cats. Well, the obvious answer, really, is his name. His name is unusual and very appropriate. His full name is Eldrick Tont "Tiger" Woods. "Tont" is a Thai name. Tiger Woods is 25% Chinese, 25% Thai, 25% African American, 12.5% Native American, and 12.5% Dutch. Maybe this amalgam is partly why his is so strong mentally and physically. In the cat fancy it is called hybrid vigor!

Tiger's father was in the army and he gave a Vietnamese soldier friend of his the nickname "Tiger". In return this person, Vuong Dang Phong, gave the same name to Eldrick Woods. The nickname is now better described as an additional middle name or his christian or first name. Tiger is a Buddhist, by the way.

OK, back to the Tiger Woods house. There are no pictures I am sure. There are tons of pictures of a very glamorous beach front home. The website Snopes.com start the page by saying:

Note the word claim. This is followed by tons of photographs of a home that is not as far as I am aware remotely connected to Tiger Woods (but is it, see below?)! Here is one of the pictures: 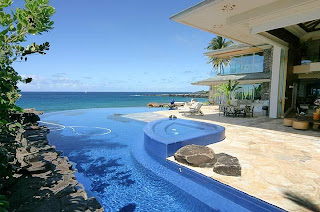 I understand the photo above to be copyright free but I won't reproduce a pile of them as there is no point. The house looks more like it is situated in Hawaii or some such place. Also the pictures have undoubtedly been taken by a real estate agent to sell or rent the property and he would not be able to release them if it was the Tiger Woods house. However, the real home is a waterfront home (src: Telegraph UK).

Update: Dec 2009: Here is a picture by a Flickr photographer (by Phil Romans) of what is supposed to be Tiger Woods house in Maui, Hawaii 96790, USA. Maui is the second-largest of the Hawaiian Islands.

Is this the outside picture of the
interior pictures of the house above?


The search continues for his new house. It is, by the way, interesting to note that the Tiger Woods Foundation (his charitable foundation to help children) is located in Irvine, California. Tiger must spend some time there as it is important to him. Irvine is the opposite side of the USA to Orlando. Here is a map showing where Irvine is (
for non-Americans):

Update Dec 2009: It is alleged that his wife Elin has bought a house with her sister in Sweden. She has also allegedly moved out of the Tiger Woods house in Windemere to another one near by in Isleworth. How many houses are there?.

His main residence is as mentioned above planned to be on Jupiter Island, on the Atlantic coast of Florida, about 200 miles south and slightly east of Orlando. This is a perfect place as it is exclusive with limited road access. It is a long thin island about 20 miles long and 500 yards to half a mile wide. It is about 500 yards wide where Tiger Woods has his home.

Apparently, he had the original estate demolished. It cost $38 million to $48 million (we are not sure!). The whole lot was knocked down, it seems, which included: a 13-year-old mansion of 7,600 sq. feet, 3 other large houses, 2 swimming pools, tennis, basketball and volleyball courts and a mini-golf course. In fact one of the guest homes on the estate was hit by lightning after he bought the estate and destroyed - no big deal. His architect planned for a 10,000 sq ft, two-storey house. It is, it seems, going to be a modern house in design. Other features of the future Tiger Woods house are:

He likes his privacy and justifiably and has had trees planted in abundance. Apparently fences are not allowed! Here is a picture of the bit of real estate he bought:

The picture is believed copyright free. I have marked it up & made an informed guess as to the entire estate based on the description of the properties demolished. The address is South Beach Road, Jupiter Island, Florida:

Update 1-5-09: I have added the comment of an anonymous contributor (who I thank) in the quote above. He says that the Jupiter Drive house will be his house in the near future.