↓
Home→Cat News→31 cats abandoned in wooded area of Monroe County, PA. They were left with open bags of food but no water.
2.2k
SHARES
ShareTweet
WhatsappPinterestRedditWeibo

Animal shelters and rescues in the Jackson Township area of Pennsylvania are working hard to save 31 cats who were dumped in a wooded area of Monroe County. At the time of this article 27 have been trapped with four others who need to be trapped.

The cats were dumped off Alan Court near Tannersville over the weekend. The person who abandoned the cats left two 38-pound bags of dry cat food for the cats. The bags were split open but the cats had no access to fresh water or shelter.

Meghan Catalano lives in Marshalls Creek and helped with the rescue. She told WNEP News

“It was sad. They were dumped on an empty lot at the end of a cul-de-sac. They were dumped with two 38-pound bags of dry cat food that were slit open. There was no water left behind, no type of shelter. ‘It’s just a sad situation. I have rescued several animals over the years and I’ve never had a scenario to this extent.'” 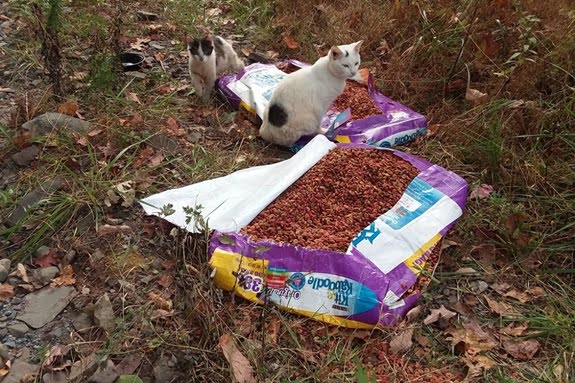 The healthier cats were placed in foster homes. All were covered in fleas with some having hair loss, and others have ear, eye, and chest infections. Five cats are being treated at AWSOM Animal Shelter in Stroud Township.

“Some of them were scared. There were some in boxes that were just taking coverage. They were scared so some were tough getting into a carrier, but they are becoming sweet cats.”

People living in the Alan Court area posted about the cats on social media. Thanks to their quick thinking, dozens of people came out to help catch the cats. Since the cats are friendly and no afraid of humans, staff members at AWSOM don’t believe the cats are feral.

A GoFundMe webpage has been set up to help the cats. This heartbreaking post from the GoFundMe describes the condition of the cats.

“25-30 sick cats were dumped in the woods in Stroudsburg, PA and left to die last night (October 11, 2019) The cats range in age from kittens to adults. They are in desperate need of medical attention as they are INFESTED with fleas, have ear mites, upper respiratory infections, worms, etc. 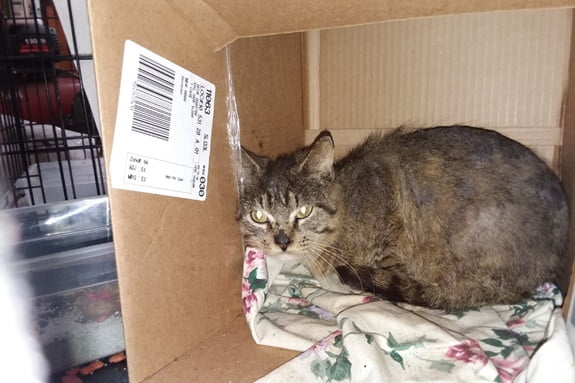 They have crusty eyes, missing hair,  are dirty and covered in urine. They are very friendly but they are scared, trying to fend for themselves in unfamiliar territory.  We spent several hours outside today trying to catch/ trap as many as we could. AWSOM took 5, Foxes Cradle took 2, and we got 7 others out and to safety for the night. We are meeting again tomorrow morning to look for the other 13. There are no more rescues that are willing to help at this point.”

Click here to view a video of the cats. Photos courtesy of Meghan Catalano.

This is the current ranking of the most popular cat breeds recognised by the Cat Fanciers' Association (CFA) which is ...
Read More
Why are black-and-white cats unpopular? 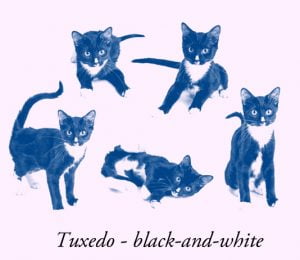 Black-and-white cats are more popular than black cats and less popular than grey cats. Therefore their popularity is relative and ...
Read More
What is the Maine Coon temperament? 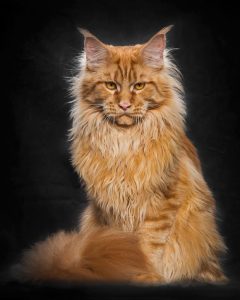 The Maine Coon has a sweet temperament. They are relaxed and easygoing with small voices including the famous trill. They ...
Read More
What are the popular cat breeds?

Although cat association registration numbers don't automatically equate to public popularity, they are an indicator, hence the title, which was ...
Read More
Maine Coon Cats 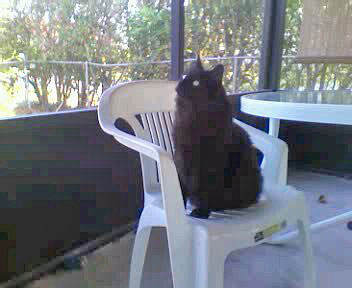 by Judy Nelson (Margate. FL) Binkyjack The last time I wrote was in Dec 2009. At that time I described ...
Read More
Is my cat a Maine Coon?

by Erin (Oakland, CA) She turned up on my door step about a year ago, and after trying but failing ...
Read More
Communicating With Cats

by Krystl (Summerfield, NC) 5 years ago I was blessed to be chosen by a cat who had escaped her ...
Read More
TUCK – My Maine Coon Cat

I have had our Maine Coon Cat, Tuck, since he was five weeks old. He was born on February 14, ...
Read More 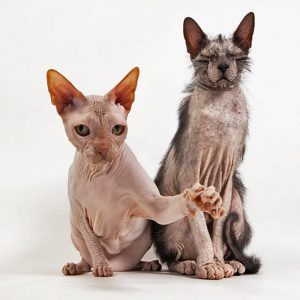 Pictures of Lykoi and Sphynx cats

This is 2-year-old Lobo a Lykoi cat, commonly called the werewolf cat, and his buddy, Dobby, who is a Sphynx ...
Read More 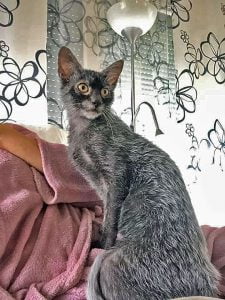 This is a good picture of a Lykoi Cat or Wolf Cat. I improved the image quality a bit. It ...
Read More

Watch out for the Lykoi cat scam on Craigslist

There is an individual living in Stratford, Oklahoma, USA who in my opinion is trying to scam the public (or ...
Read More 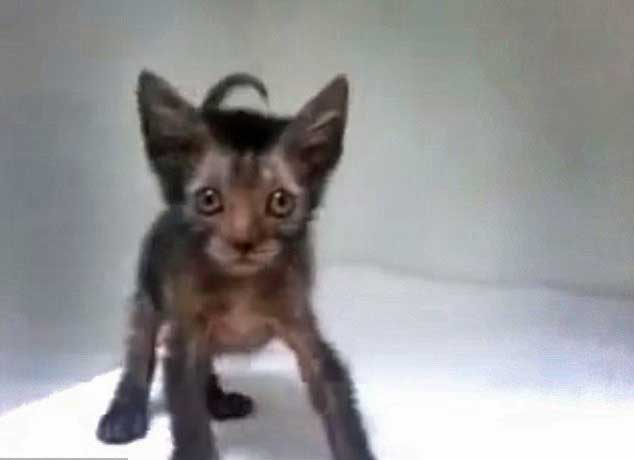 This video may interest people who are interested in the cat breeds. The Lykoi seems to be one of the ...
Read More 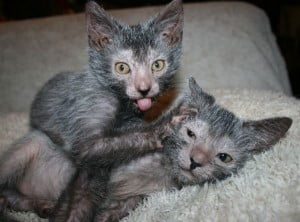 Finding creative ways to communicate directly with our cats is essential. It is the most important way in which we ...
Read More 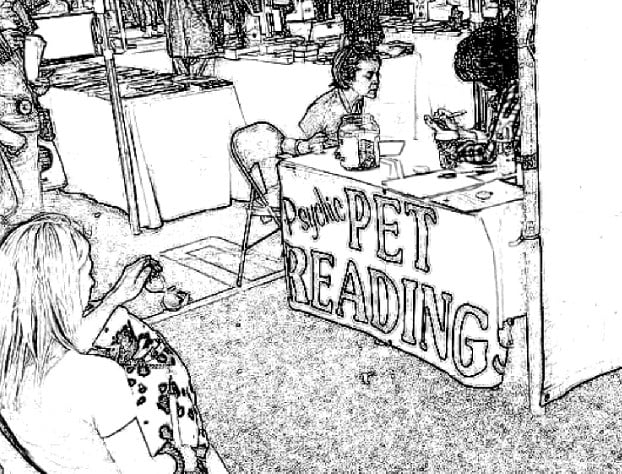 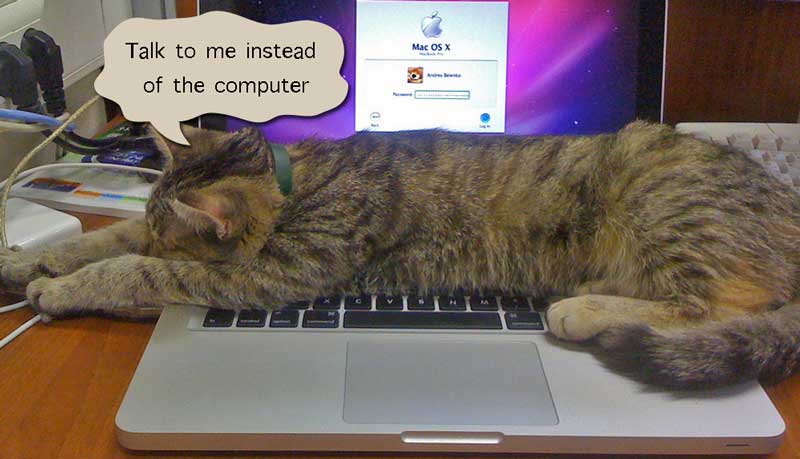 Devising Ways To Talk to Your Cat

Tests are being devised which will allow a person to put questions to animals including, of course, companion animals, about ...
Read More 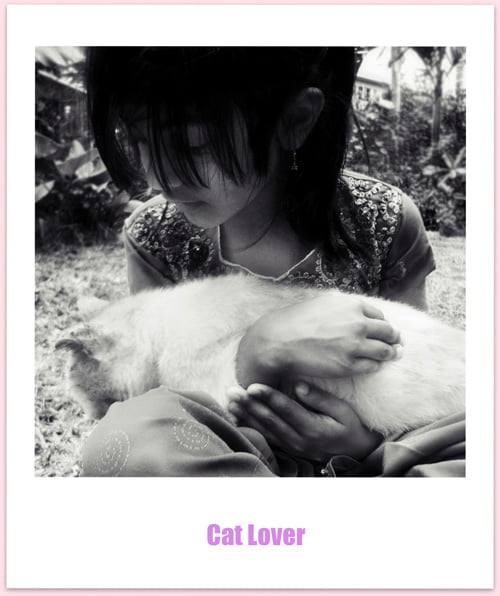 "Cat Talk" or "Cat Speak" is a form of communication arising out of an intimate and close relationship. All of ...
Read More