Bengal tiger travelled 800 miles on dispersal. Photo: CNN Twitter feed screenshot. I don’t know if this is the actual tiger.

This got me searching for something else: information about how far tigers move away from their natal home range. When tigers become independent of their mothers at 17 to 24 months of age they continue to hunt in the range that is their mother’s. This is their chance to hone their hunting skills in an area they know well.

After a few months these young tigers disperse – leave their mother’s home range. This occurs usually when they are 18 to 28 months of age. A scientist, David Smith, carried out an excellent study on how far tigers disperse when independent of their mother. It was carried out in 1993 and reported in his paper, The role of dispersal in structuring the Chitwan tiger population.

It's the longest such walk ever recorded by a big cat in India, according to researchers https://t.co/EGyn4WDtoa

Smith reported that young males dispersed further than females and that the average dispersal distance for 10 male tigers was 33 km. The four females that he studied travelled an average of 9.7 km. These average distances are, as CNN remark, in stark contrast to the 1,300 km travelled by this extraordinary tiger.

Males are also likely to get into serious fights and possibly killed during this phase of their lives. It is not always certain that a male tiger can establish a breeding territory. Only 4/10 males managed to succeed in Smith’s study. Of the six males that did not breed, two died from injuries sustained in fights with other tigers. Two were poisoned and another tiger disappeared from an area near a village after a man was killed.

The remaining tiger was injured in a fight with another male tiger and would have died from his wounds. He was treated and returned to the wild. He was then removed from the wild following a fatal attack on a village.

These reports highlight the extreme danger to tigers when they disperse from their mother’s natal range and look for a mate in a place that they can call home and where they can reproduce to create their own family. It must have been hazardous too in terms of encountering people. These tiger-human enconters lead to deaths of people and tigers. The former first and the latter in retaliation.

Picture of a tigress and her cubs

This is a great picture of a tigress and her three cubs. I believe it was taken by Swetha Kumar ...
Read More

Why are there no big cats in Australia?

People ask why there are no big cats in Australia but they could also ask a much wider question namely, ...
Read More

Difference between domestic cats and tigers

Athough they look very different, there are relatively few differences between domestic cats and tigers. They are 99% the same ...
Read More

TLAQUEPAQUE, MEXICO: A Bengal tiger escaped a private residence possibly owned by a crimimal who kept the cat as a ...
Read More

Pictures of two tigers being tested for Covid-19

Pictures showing mouth and nose swabs being taken from tigers at Miami Zoo to test for Covid-19. They tested negative ...
Read More

How much do tigers eat in a day?

An adult tiger eats from 18 to 27 kilograms of food a night (40 - 60 pounds). Other examples of ...
Read More
Please comment here using either Facebook or WordPress (when available). 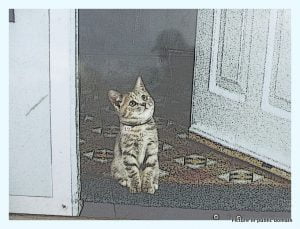