Usually heterochromia (full name ‘heterochromia iridium’) presents as one eye being blue and the other being orange or orange/yellow – called ‘odd-eyed’ or ‘odd-eye’ cat. This is complete heterochromia. But in sectoral heterochromia the division in colors is present in each eye and it is quite striking:

It is caused by the dominant white gene (which makes domestic cats all-white) and the white spotting gene also known as the piebald gene. This gene stops the production of pigment (melanin) in the fur of the cat and in the iris of the eye. It either stops the production or migration of pigment in one eye causing it to be blue or across part of the eye causing part of the eye to be blue. A lack of pigment presents as blue due to the refraction of light in the same way that the sky is blue on a cloudless day. Eye color is formed in the smooth muscle cells of the iris.

The dominant white gene can also cause deafness in white cats. It is quite common. Sectoral heterochromia must be very rare whereas complete heterochromia in all-white cats is relatively common.

A visitor to PoC uploaded a photo of their gorgeous all-white Persian, Fenty. I think that Fenty has a subtle version of this rare eye color:

Fenty a Persian with sectoral heterochromia (I believe). Disagree? Please tell me in a comment.

Here is a nice photo of complete heterochromia in cats (odd-eyed cat):

SOME MORE ON ODD-EYE COLOR:

10 reasons why cats can see better at night than humans

The human is a diurnal species of animal - the human-animal. "Diurnal" means active during the daytime. I am referring ...
Read More
Portrait of a cat with alien eyes 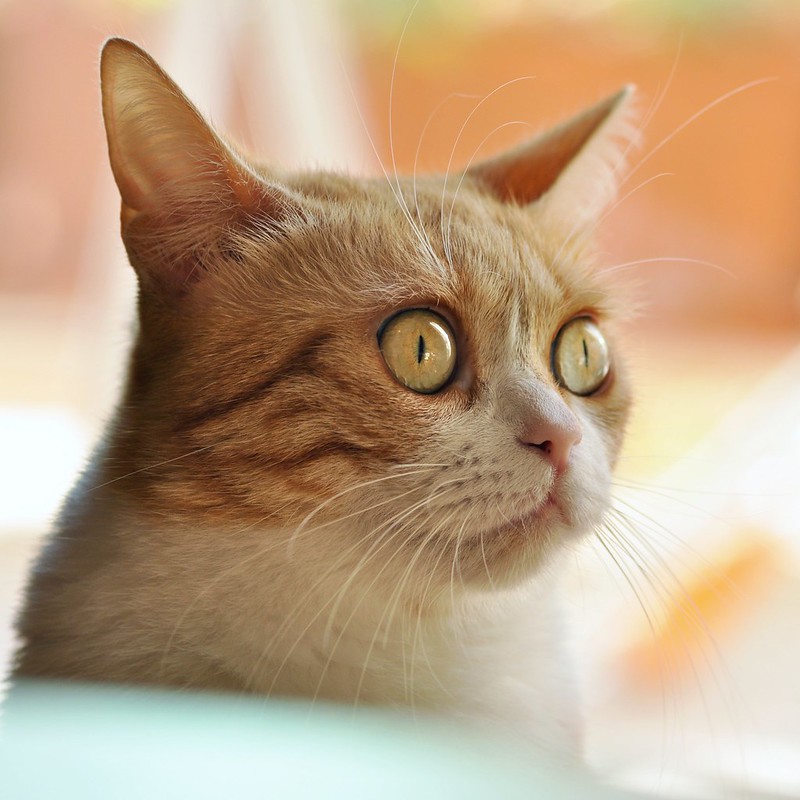 This is a cat portrait on Flickr that I bumped into while surfing the internet. I was struck, as I ...
Read More
Picture of a cat’s eye from the side shows the beautiful cornea

Breathtaking right? from r/cats Note: The above is an embedded image from the Reddit.com website. It may stop working over ...
Read More
You can tell a lot from a cat’s eyes

You can tell a lot from a cat's eyes both in respect of health, mood and more. Health All of ...
Read More
Please comment here using either Facebook or WordPress (when available).