High school students in class at the Benjamin Banneker Academy at Clinton Hill, Brooklyn, New York, spotted a black cat stuck on the side barrier of a flyover section of the Brooklyn Queens Expressway (BQE). The time and date: Apr 5, 2019 at 2pm. 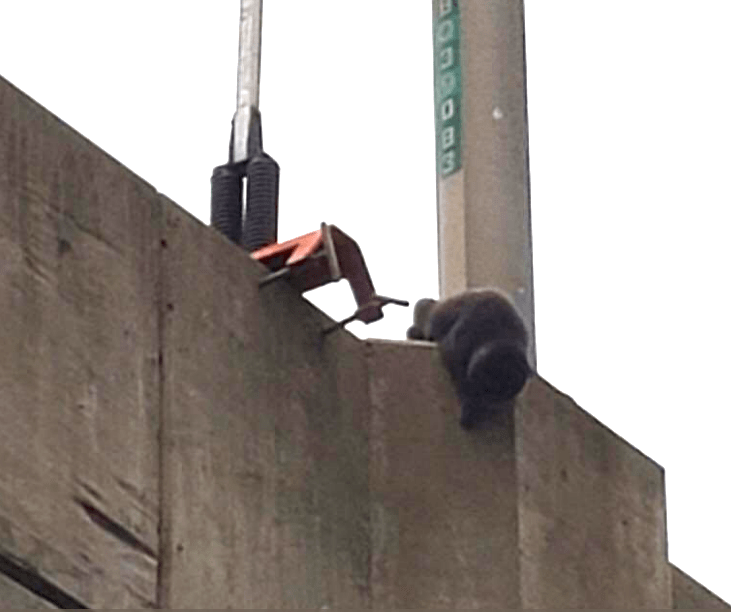 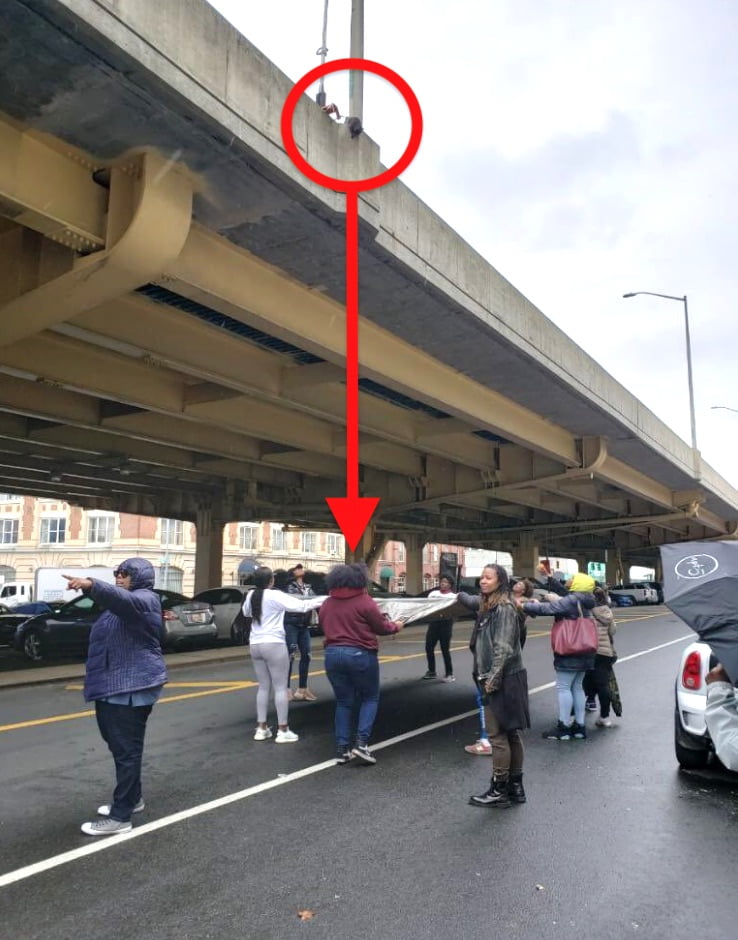 It is not known how the cat got there but it seemed as if she was trying to jump down from the flyover which is about 30 feet above the ground. You can see the cat hanging over the edge looking towards the ground in the photograph.

The students spotted the cat from the top floor windows of their academy during class. They called the police and anyone else they could think of who might help.

The school secretary, cat loving Jane Pierratti, posted on Twitter which was picked up by a writer for the Brooklyn Patch website who contacted her and who eventually wrote the article which forms the basis of this article on my website.

I believe that the photographs were taken by Jane Pierratti and posted on Twitter by a woman called Danielle. They show the cat peering over the edge of this flyover section and below there are the students with a tarpaulin to catch the cat in case she jumped off.

The students raced out of class when the bell rang for class to end and quickly crossed the street to set up their safety net before the NYPD arrived.

Jane said that it looked as though the cat was about to jump.

“The kids went down there and got a tarp from somewhere to try to get the cat down.”

When NYPD arrived the decided to travel up the expressway rather than use a ladder to get to the cat from the road below. They successfully made the rescue and removed the cat from danger but we don’t know where the cat is now.

P.S. Danielle granted permission for the use of the photos to Fox and Patch. I have taken the liberty of presuming a licence to publish here as well. I have modified one of them.