Animal testing in the cosmetics business is banned in the European Union with exceptions – yes, exceptions. It is the current exceptions that I would like to briefly discuss here today January 21st 2011. 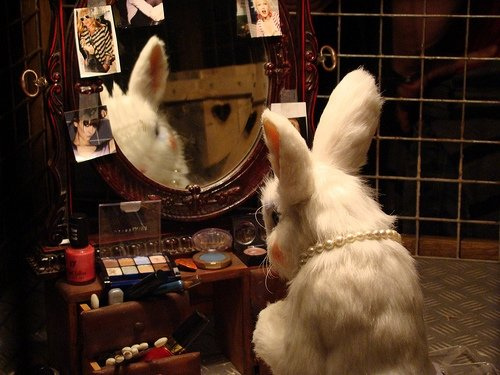 In 2003 after ten long years of argument (was it that difficult?) the European Parliament agreed by majority vote to ban animal testing in relation to cosmetic products.

The ban was to take effect six years after the vote in 2009. This was presumably to give these animal abusers time to find alternative more humane and decent ways of testing their products (why not try humans!).

The ban was incremental such that the ban on testing came into force on 11 March 20091, while products that were tested for:

were due to be banned in respect of their marketing by 11 March 2013. That, in any case, is how I understand it. “Marketing” usually means market research, selling and advertising of products.

The current position is that the European Commission, the body that proposes legislation, implements decisions and upholds the Union’s treaties now want to put back the marketing bans to 2018 or later dependent on whether alternative testing methods become available.

I confess that (a) I am upset by this and (b) I don’t understand it! If testing on animals was banned in March of 2009 surely the marketing of these products can be banned in 2013?

The RSPCA report that the delay is because, “some tests that don’t use animals are not expected to be available by 2013, when the ban is currently due to come into force..”

I would like a visitor or visitors to (a) explain what is going on and (b) write to their MP and MEP.

This is outrageous. There should not be animal testing in the cosmetics industry. It cannot be justified. Any decent person can see that. For me all animal testing should be banned but to hurt animals so that people can make themselves look more attractive is decadent and totally immoral behavior. It should never have happened in the first place.

Associated/earlier posts on this subject:

1. Timetables for the phasing-out of animal testing in the framework of the 7th Amendment to the Cosmetics Directive (Council Directive 76/768/EEC)

From Animal Testing in Cosmetics to Cat News