By Anna and Michael (of PoC)

This is Kiki, an Australian Tiffanie. She’s a rare cat. She lives in Melbourne, Australia with her human guardian, Anna. 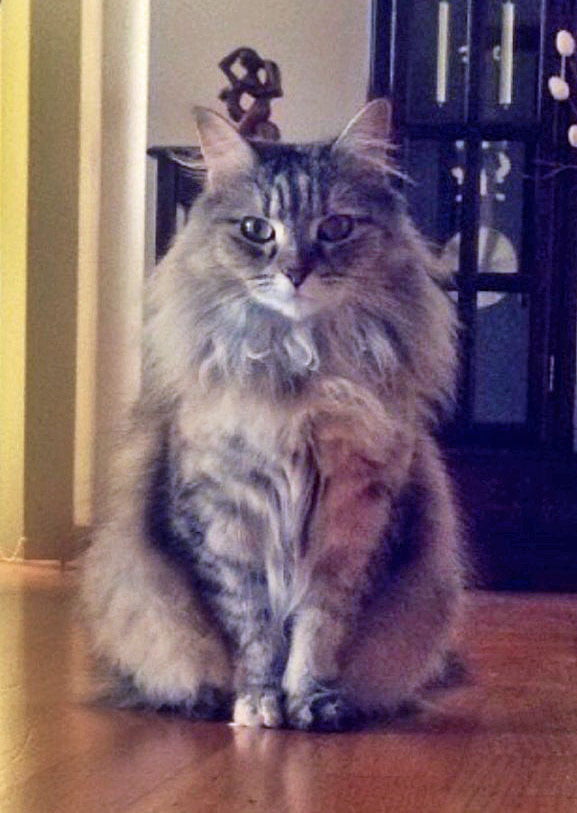 “I bought my cat about 3 years ago and on the certificate it said she was a mix of Persian and Chinchilla cats. She’s very special to me…She is small to medium in size. She follows me absolutely everywhere in the house. Very friendly towards me but VERY scared of visitors and usually hides under the bed if she doesn’t know them. Always looking for attention and gets upset if she doesn’t receive it (hisses and bites feet), especially if she is not fed the food she prefers. So can be very demanding.

She responds back when called her name and comes up. She has learned to open the doors of the house to go outside but doesn’t stay for long unless I am with her. As I said before, she follows me around the house all the time, a constant companionship. But she opens doors to walk in and out of rooms and the ones she can’t open, she jumps and scratches until it’s opened for her. She’s three years old now and very playful. Kiki also fetches. I throw her a chopstick and she will bring it back, then waiting for me to throw it again 🙂

As for appearance: Her feet, tail and the neck area are soft and fluffy, her body coat is silky and longish. The colours are brown, dark brown/black, yellow and white.”

Thanks Anna for showing us your splendid and very attractive ‘special’ cat. She is special.

The Australian Tiffanie is hybrid. A mix of the Chinchilla Persian and the long haired Burmilla. The Burmilla is a cross between the Chinchilla Persian and the Burmese. So the Australian Tiffanie is based on the Persian Chinchilla. I have to confess that I find this area of the cat fancy very confusing. What I mean is the differences between the ‘Tiffanie’, ‘Tiffany’ and Chantilly? Or the UK, Aussie and NZ versions? It is complicated.

The breed standard in Australia for the Australian Tiffanie says the colors should be: silver with black, blue, chocolate, brown, lilac and caramel and shaded goldens. It seems to me that Kiki fits in with the breed standard.

However, I will bow to superior knowledge should it come forward in the form of a comment 😉 .