↓
Home→Animal laws→Legally, what should be the maximum number of cats and dogs per household?

A city, Holland, Michigan, USA, is trying to decide the undecidable, the imponderable: what should be the maximum number of cats and dogs per household in the city?  At the moment they have an ordinance which limits the number of dogs to two but places no limit on the number of cats. 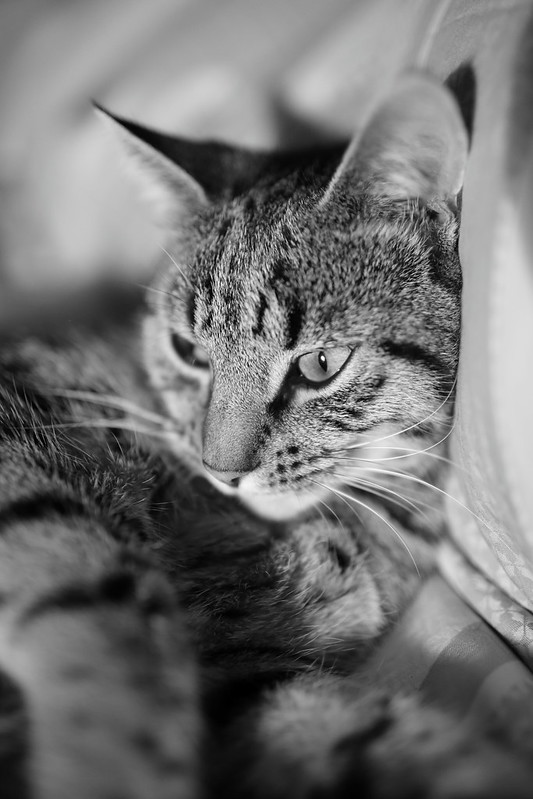 The photo above is of my cat companion, Gabriel. I only have one cat companion. Any rules restricting the number of cats and dogs to each household would only apply to a relatively small minority I’d have thought because the vast majority of people don’t want more than a couple or a few pets.

What the city council is now discussing it whether there should be a change to the ordinance to increase the number of dogs allowed and at the same time place a limit on the number of domestic cats in each household.

Proposed changes would allow 3 dogs and up to 5 cats to a maximum of 5 animals in total.

As you can imagine, the discussion is almost impossible because, as council members have probably realised, there is no right answer and no wrong answer. You end up plucking a figure out of thin air and hoping that it is the right answer.

You really have to do decide initially whether you should limit the number of cats and dogs per household.  And the answer to that is probably, yes, in the modern world when you consider all the other elements which have an impact upon this decision such as domestic cat overpopulation. That said a responsible person can look after a large number of cats and dogs very adequately and to a high standard. So perhaps limiting numbers is too arbitrary. It does not tackle the real problem: irresponsible pet ownership.

With respect to dogs there is always the ever present problem of barking which is a nuisance to many people and, as one councilman remarked, the more cats and dogs you have the more waste you have to dispose of. You also increase the likelihood of more stray and feral cats and dogs being created.

One councilman said five cats seemed excessive but to another it sounded acceptable although the person who proposed five cats as the maximum per household said that he had settled upon the figure arbitrarily. This tells us that such a law is probably unsuitable.

If limits are proposed and if those limits become law there would have to be a long lead-in time for the law to take effect because it is impractical and inhumane to force people to give up a cat or dog, which we all know is part of the family. The law would have to come into effect gradually as cats and dogs died to the point where the maximum per household under the rules was arrived at.

There have been complaints in Holland and dozens of residents have contacted animal control offices asking that the number of allowed dogs be increased because, I presume, they have one dog too many as allowed under the current ordinance.

Do you think it’s sensible to limit the number of cats and dogs in each household and if so what sort of figure would you settle on?